Sanditon S01 E07: How And When To Watch Online? 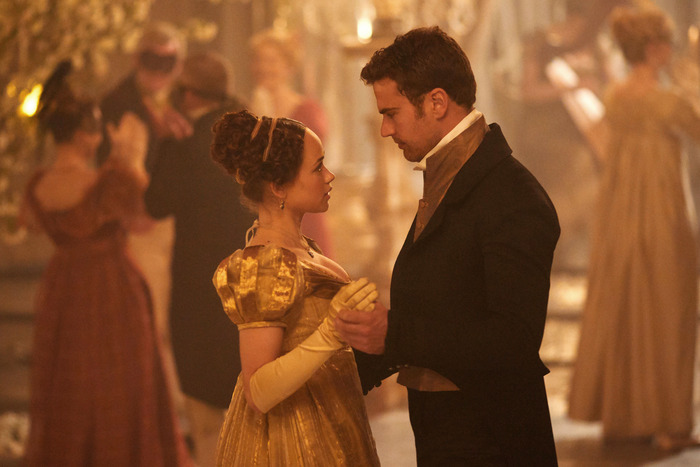 Jane Austen’s last incomplete book was made into a period drama, called Sanditon, which is currently airing on PBS. Just like most of Austen’s stories, it revolves around a female protagonist, Charlotte, after she arrives in Sanditon and gets involved in the lives of its various residents.

Last week, in episode 5, Georgina somehow vanishes after her sneaky date with Otis. Charlotte, who is the only one to know about the meeting, decides to locate Georgina by traveling to London, which is Otis’s home. This week, in episode 6, the story starts off right from the cliffhanger ending of episode 5. More on that in our recap section.

Now if you have already finished watching it, then read on. Below, we have outlined everything that you need to know about the upcoming episode, i.e Sanditon season 1 episode 7.

Sanditon Episode 7 Release Date: When Will It Premiere?

PBS describes the episode as: “With Sanditon’s regatta fast approaching, the success of the resort hangs in the balance—as do a number of romances. How will Charlotte, Sidney, and others fair in the sport of love?”

Season 1 consists of eight episodes, and episode 7 is the penultimate chapter from the show’s inaugural installment. Sanditon will complete its first season run on February 23, 2020.

Where to Watch Sanditon Episode 7 Online?

If you don’t have cable, you can watch the series by purchasing it on Amazon Prime Video. Live-streaming options include YouTube TV and Directv by subscribing to the platforms on any of your devices.

Episode 6 starts off right after Charlotte starts off for London in order to locate a missing Georgina. She reaches Otis’ house only to find out that he does not live here. On her way back, she is attacked by a goon — and guess, who appears for the rescue? None other than Sidney himself! After reprimanding Charlotte for her dumb actions, he wants to send her back home in a carriage. But of course, she does not agree.

Meanwhile, Tom writes an apology letter to Mary, with the latter fuming in rage over his actions. On the other hand, Charlotte tells Sidney that if he had been more clear about Otis’ intentions, she might not have encouraged all those meetings between Otis and Georgina. Sidney reveals that he does not trust Otis because if he marries Georgina, he would get all her money. He hates slavery and racism has nothing to do with his dislike toward Georgina’s lover.

Charlotte has an epiphany that they should go to the Sons of Africa meeting in order to locate Otis. But when they finally meet him, Otis says that he has no clue of Georgina’s kidnapping. But then there’s another clue — Otis owes Mr. Beecroft a lot of money. Sidney knows that the man has a house in Drury Lane and they head off to this place. But again, Georgina is not here either. Beecroft has taken her to Scotland.

However, Charlotte and Sidney arrive to save the day and rescue Georgina. Back home, Charlotte finds out that Sidney has paid off all of Otis’ debts. And she is just considering her feelings for the guy when there’s a huge bummer. Apparently, Sidney’s widowed ex is back and he is happy about it. The episode ends here and well, we will have to see how this love triangle unfolds in the next episode.