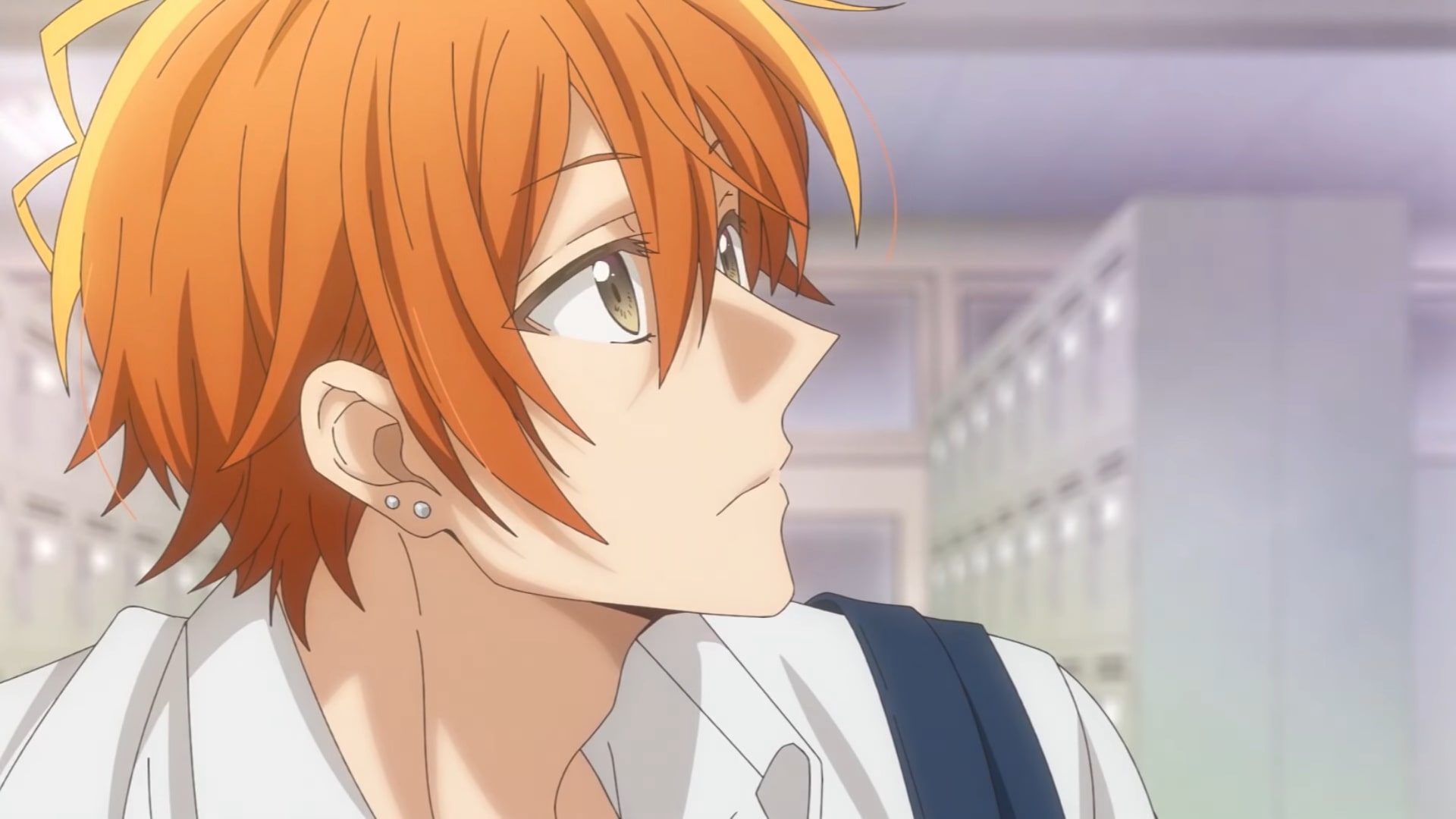 Based on Shou Harusono’s Japanese manga series of the same name, ‘Sasaki and Miyano’ is a slice-of-life anime that recounts a love story of two teenagers. Miyano is a high schooler who worries about his girly facial features and is often preoccupied with reading Boys’ Love comics. But everything changes after an accidental encounter with his senior Sasaki. Their first encounter may not have been friendly, but as the duo get to know each other, the stars align to bring them closer.

Is this the beginning of something special for Miyano and Sasaki? With the first episode of the romantic anime about to release, fans don’t have to wait long to get their answers. Here’s everything we know about the debut episode of the highly-anticipated show.

‘Sasaki and Miyano’ season 1 episode 1 titled ‘First Time’ is scheduled to release on January 10, 2022. The anime is developed by Studio Deen, with Shinji Ishihira serving as the primary director and Yoshiko Nakamura overseeing the scripts. The music is composed by Kana Shibue, while Maki Fujii handles the character design. “Mabataki” performed the opening theme song Miracle Chimpanzee, and the ending theme song “Ichigo Sunset” is sung by Yusuke Shirai and Soma Saito.

Where to Stream Sasaki and Miyano Season 1 Online?

Funimation has licensed the anime for streaming outside Asia. You can watch all the latest episodes in original Japanese audio with English subtitles here. In Scandinavian countries, one can watch the show on Wakanim. In certain Asian countries fans can stream the series on U-Next and TrueID Phillipines.

In episode 1, the viewers will be introduced to an isolated and aloof high schooler named Miyano. He can be seen worrying over his facial features as he feels that he does not look manly enough. In order to take his mind off it, Miyano may start reading Boys’ Love comics. However, then he will probably have an accidental encounter with a senior named Sasaki. Miyano will not shy away from showing his fiery side as he is going to be pretty upset with the way his senior acted with him. Sasaki’s lawless and disobedient nature will be in direct contrast to Miyano’s dutiful conduct in social settings.

Although their first encounter is far from friendly, Sasaki may feel a strange attraction towards his junior. He will try to get to know him better and get closer to him. Unfortunately, his initial advances may not get him far as Miyano will take time to feel the same way as his senior, who is entirely different from him.