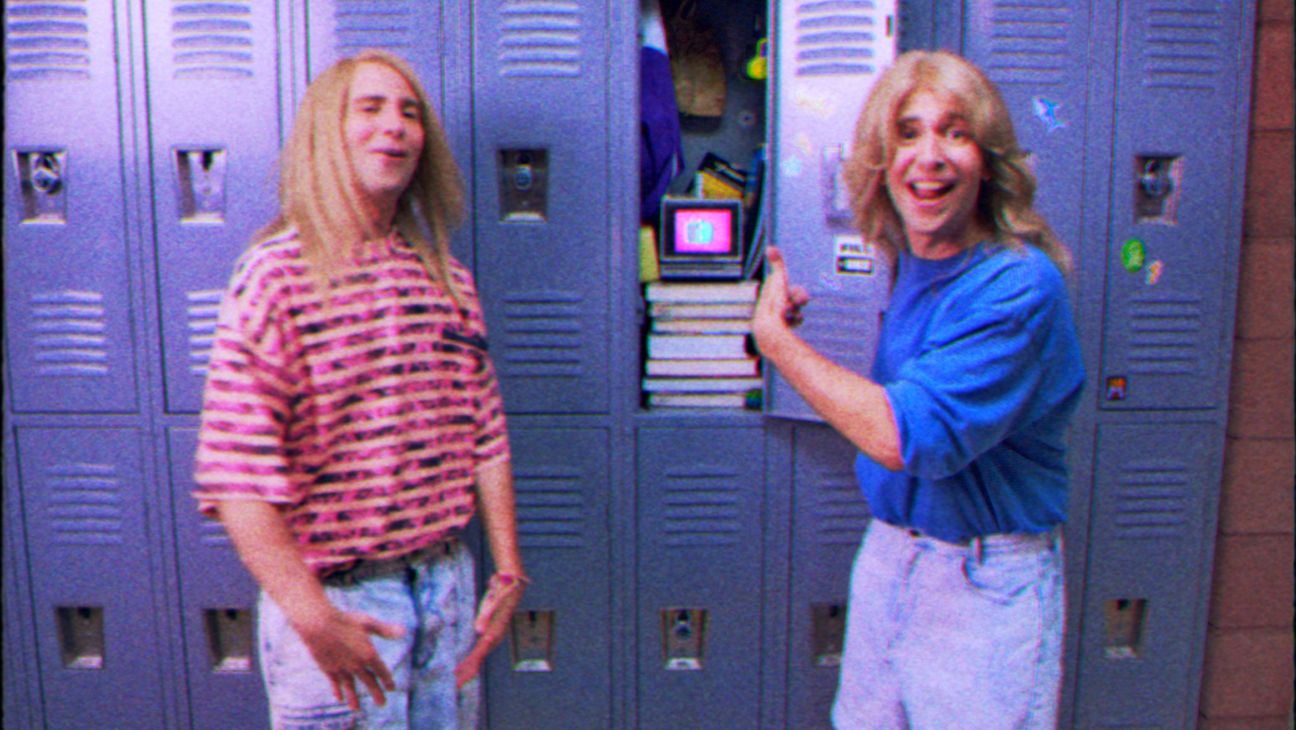 ‘Saturday Morning All Star Hits!’ is an adult animated series on Netflix, with a mix of live-action and animation segments. Created by Kyle Mooney and Ben Jones, the series pay homage to ‘80s and ‘90s television shows, specifically the beloved Saturday morning cartoons of that era. An irreverent and slightly eccentric take on the pop culture of those two decades, it features twin hosts Skip and Treybor, who take the audience on a trip down memory lane, making them relive the Saturday morning cartoon experience.

The series is a satire of sorts and features fictional news stories and mock music videos to depict the presentation style of television programming in yesteryear. Upon its release, the series received much love from the audience, especially those who grew up in the ‘80s and ‘90s, as it serves them with major nostalgia in a comical way. Having widely entertained viewers in its inaugural season, fans are eager to know the details of a possible season 2 of ‘Saturday Morning All Star Hits!’ Here’s everything we know so far.

‘Saturday Morning All Star Hits’ season 1 premiered on December 10, 2021, on Netflix. It has eight episodes with a duration of 19-28 minutes each. They are titled as numbered tapes with one word to describe each episode in a VHS tape-style format. The first season received mostly positive reviews from the viewers, given its unique style of content.

As far as the second season is concerned, here is what we can tell you. Though there has been no official announcement of the series being renewed, it is most likely that a second season is on the cards. Due to the favorable reception of the first season as well as seen in the case of similar eccentric sketch shows like ‘I Think You Should Leave With Tim Robinson’ and ‘Key And Peele,’ viewers can expect at least one more season of ‘Saturday Morning All Star Hits’ being announced.

In case of the renewal of the adult animation, live-action hybrid for another season, the release date shall depend on the schedule decided by the makers and the speed of production during the pandemic. Thus, if the streaming giant recommissions the show for a second round and the production goes on smoothly without any unexpected delays, we can expect ‘Saturday Morning All Star Hits!’ season 2 to premiere sometime in Q3 2022 at the earliest.

Saturday Morning All Star Hits Season 2 Cast: Who can be in it?

For the show’s potential second outing, Kyle Mooney may return in a double role as the twin hosts Skip and Treybor. In season 1, he also portrays ‘80s movie star Johnny Rash and his writer brother Ethan, as well as Bruce Chandling, an untalented standup comic — Mooney’s renowned character from ‘SNL’. Thus, he may reappear as various new characters in the different sketches inspired by celebrities and TV show characters from the ‘80s and ‘90s. Kyle Mooney has been a regular cast member of ‘Saturday Night Live’ and is also known for his work in ‘Brigsby Bear’ and ‘Zoolander 2.’

The debut season of ‘Saturday Morning All Star Hits’ features many actors like Dylan Sprouse, Geraldine Vishwanathan, Corwin Allard, Tai Brown, and Taharka Welcome in cameos as miscellaneous fictional characters in the sketches. If renewed, ‘Saturday Morning All Star Hits’ season 2 shall most likely see the return of a few of these names, and several new artists will probably also make appearances.

Saturday Morning All Star Hits Season 2 Plot: What can it be About?

Season 1 of ‘Saturday Morning All Star Hits’ follows the comic capers and sibling rivalry of the hosts — twin brothers Skip and Treybor, in the settings of various cartoon shows. Treybor gets jealous when his brother lands a role in the hit cartoon franchise “The Strongimals” and becomes famous. On the other hand, Randy, the teenage dinosaur, suffers heartbreak and decides to apply for music college after befriending teenagers.

Elsewhere, The Pro Bros try to come out from the shadows of their famous brothers. Furthermore, the sudden disappearance of two TV stars turns into a full-blown homicidal investigation. All these interconnected events disrupt the premiere of Skip’s movie, and the result of the murder trial from the investigation comes to light in the final moments of the first season of the live-action animated series.

The potential season 2 of ‘Saturday Morning All Star Hits’ shall most likely continue the adventures of the twins as they run into other famous cartoon characters. It shall also chronicle the individual tracks of these cartoons like the first season. The subsequent installment shall maintain the format of the inaugural edition, a VHS-tape recording style narrative and woven in newsbreaks building a secondary story arc.