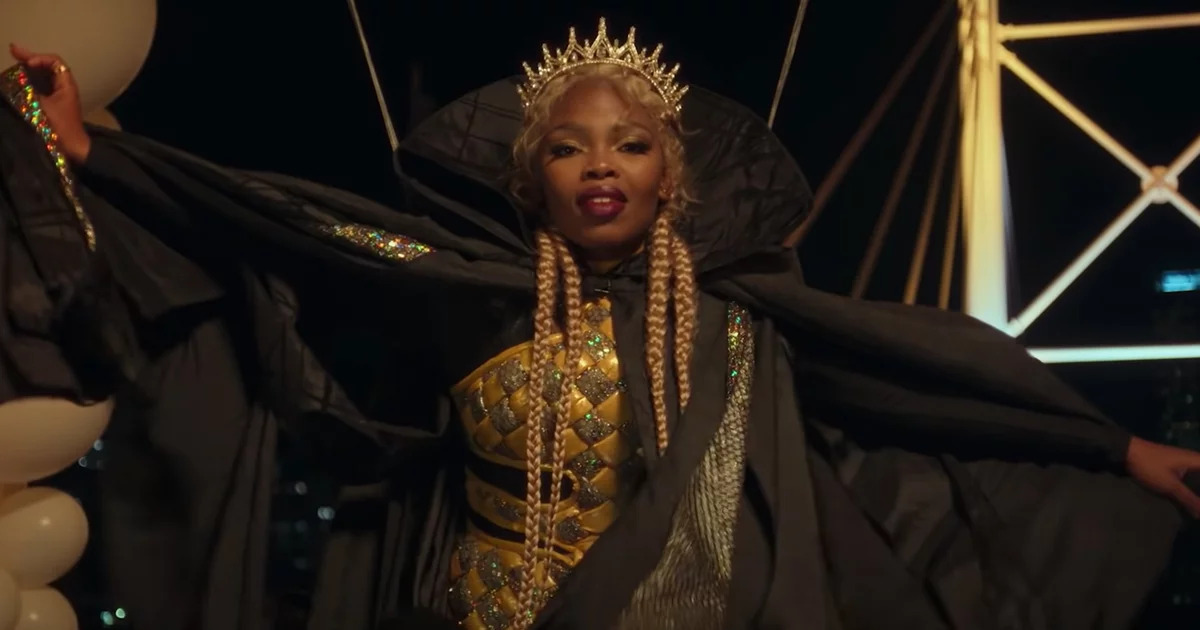 Created by Lebogang Mogashoa, ‘Savage Beauty’ is an African drama series that revolves around Zinhle and her thirst for revenge. After becoming the face of a big cosmetics brand named Benghu Beauty, Zinhle embeds herself in the powerful family of the brand’s owners. Soon, she starts revealing the family’s dark secrets as she seeks revenge for her tragic past. The drama series first released in May 2022 on Netflix.

The show portrays how lethal the consequence of vengeance can be. The narrative also gives us a glimpse of the world of popular brands and their dark secrets, albeit using its fictional narrative. Thus, it should not come off as a surprise that this dramatic and unique premise has garnered much love and appreciation from fans and critics. If you enjoyed watching the first season of the South African show and want to know about the potential round two, you might be interested in what we have to share.

‘Savage Beauty’ season 1 released in its entirety on May 12, 2022, on Netflix. The inaugural iteration of the drama series consists of six episodes that have a runtime of 43-54 minutes each.

As far as the show’s sophomore installment is concerned, here is all that we know. As of now, neither Netflix nor the producers of the show have made any public statements regarding the possibility of a second round. This is probably because Netflix takes a couple of months to assess the performance of a show before deciding whether or not it would like to recommission a new installment.

Since ‘Savage Beauty’ is one of the few African series on the platform, it may work in its favor. ‘Queen Sono‘ was canceled after only one installment despite performing well. According to sources, it was due to COVID-19 pandemic-related complications that resulted in financial constraints and scheduling issues. On that note, we see no reason why ‘Savage Beauty’ may not return if it performs well on Netflix, given that productions are better prepared to handle the pandemic-induced issues.

In fact, Netflix might feel inclined to renew the drama series – much like ‘Blood & Water’ – and support more African filming projects. The enticing storyline only helps its cause. Moreover, the first season ends on a cliffhanger, which suggests that a follow-up round may be required to close the dangling plot threads. So, if the drama show is greenlit by the end of Summer 2022, we can expect ‘Savage Beauty’ season 2 to release sometime in Q2 2023.

Savage Beauty Season 2 Cast: Who can be in it?

Other cast members who are likely to return to the screens in the potential second season are Oros Mampofu (Ndu Bhengu), Angela Sithole (Thando Bhengu), John Ncamane (Kolobe), and Tina Redman (Zandi). The writers may even introduce a few new characters in order to keep things interesting, provided the show gets an order for another round. Thus, we might see some fresh faces in the cast lineup.

Savage Beauty Season 2 Plot: What can it be About?

In season 1, Zinhle becomes the new face of the cosmetics brand of the powerful Bhengu family. Soon, she plots her next move in order to seek revenge. She spends more time with Ndu to use their association to her advantage later. In the season finale, while everyone is busy with the wedding preparations, Zinhle tries to make the most of the situation by taking down Bhengu Beauty once and for all. As Zinhle holds a gun to a drugged Don, she makes him confess to all the unethical practices that their family indulged in to make the brand what it is today.

Don finds a window of opportunity to attack Zinhle but gets thrown to the ground instead. Appearing to be dead at first, his eyes suddenly open. Meanwhile, Ndu sees Zinhle leaving in a car. So, if the series returns for another round, the storyline is likely to pick up after the events of the season 1 finale. We may see Zinhle on the run as she tries to escape from the clutches of Don and potentially the entire Bhengu family. However, a few of the members of the powerful family may empathize with Zinhle.