Saved By The Bell Season 2: Everything We Know 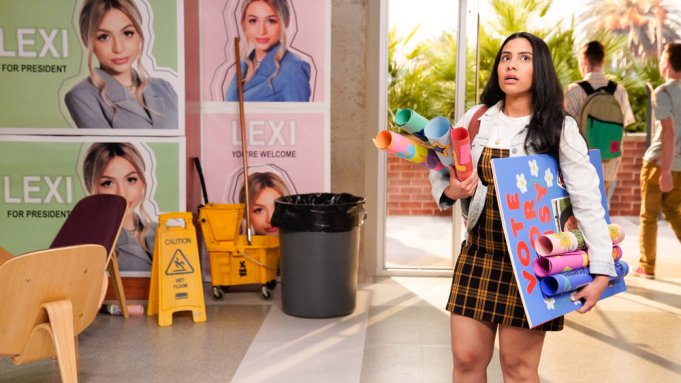 Developed by Tracey Wigfield, Peacock’s ‘Saved by the Bell’ is a revival of the beloved eponymous sitcom that had aired from 1989 to 1993 on NBC. Bringing in a blend of returning fan-favorites and new characters, the sequel excels in one emotion – nostalgia. This is a factor that’s missing in several modern reboots, because of which they fade away after a single-season run.

However, ‘Saved by the Bell’ manages to make us reminisce our old memories. What’s more? The new reiteration brings in the same mix of smart storylines and social messages – two ingredients that had made the predecessor so successful. That being said, let’s now dive into the details of ‘Saved by the Bell’ season 2.

‘Saved by the Bell’ season 1 premiered on November 25, 2020, on Peacock, in all its entirety of 10 episodes. The reboot maintains a fine balance between its focus on social issues and expert writing – something we had also seen in the original version. Geared toward the modern audience, the revival is definitely worth your subscription!

Hence, it was no surprise that the first season of the new iteration was loved by fans. And this alone, most-likely, ensures a new edition from the series. Additionally, star Elizabeth Berkley had hinted that the cast is all in for a second installment. She even stated during an interview in ‘Watch What Happens Live with Andy Cohen’, that the follow-up edition might see the return of Dustin Diamond as Screech (who is not seen in the reboot).

She said: “So, I don’t know if he will make an appearance. We’ll see if there’s another season. Maybe it’s something to explore, and I haven’t talked to him for a long time.” If the makers echo the same sentiments, we can expect news on the next season soon. If that happens in the next couple of months, we can expect ‘Saved by the Bell’ season 2 to premiere sometime in late 2021.

Saved By The Bell Season 2 Cast: Who can be in it?

The lead cast of ‘Saved by the Bell’ consists of Haskiri Velazquez as Daisy, a smart sophomore student, looking forward to joining the elite school, Bayside High. Joining her is Mitchell Hoog as Mac Morris (the wealthy son of Governor Zack Morris and Kelly Kapowski) and Josie Totah as Lexi (one of the school’s cheerleaders).

Saved By The Bell Season 2 Plot: What can it be About?

The reboot sees California governor Zack Morris running into trouble when he closes down several underfunded high schools. To save himself, he suggests a proposal – move all the affected students to well-funded schools such as Bayside High. When the privileged youngsters in Bayside interact with the new students, they are hit by a much-needed dose of reality.

The entire first season, through its multiple plot arcs, teaches many important lessons related to teen privilege, systemic racism, and LGBTQ issues. Season 2 is expected to pick up another storyline, narrated in a lighthearted and comedic tone, that touches other important social issues.

Read More: Where is Saved By The Bell Filmed?