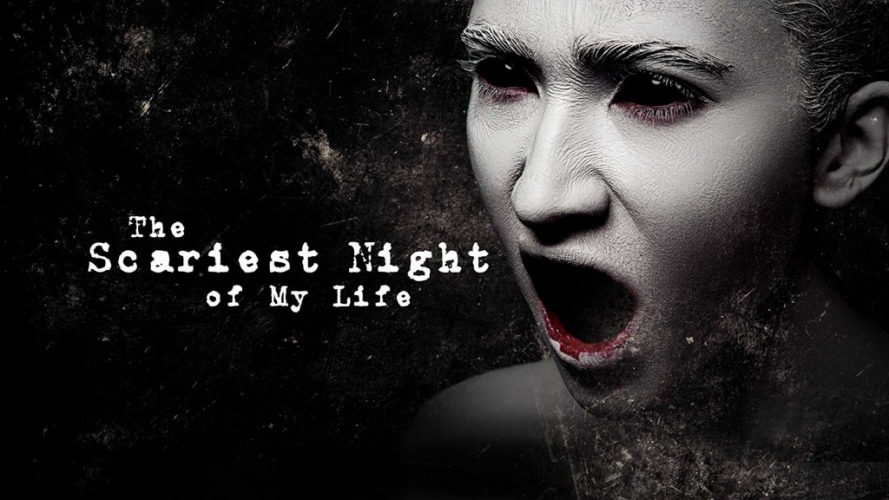 Scariest Night of My Life is a Canadian horror docuseries that airs on Travel Channel. The show is directed by Marshall Jay Kaplan and P.J. Naworynski and produced by Samantha De France (supervising producer) and Marshall Jay Kaplan (series producer). The writing credits go to Wendy Polowin. The film is edited by Terry Martindale. Production designers are Stephen Trivieri and Jackie McClelland. The sound department is taken care of by Luka Toma and Taylor Frey, and the costumes are designed by Bella Angelina Randazzo. Heather Hollett French is the key make-up artist and the second unit: makeup department head.

Travel Channel describes the series as, “Victims of paranormal mayhem unlock their most frightening and unnerving memories as they recount the nights that they thought they’d never survive.”

Scariest Night of My Life Cast: Who’s in it?

Each episode has different cast members with their own different stories. Several actors have appeared on the show, a few famous names being Ellie Moon who appears as Corrine: Ellie is a writer and actress from Hong Kong, famous for her work in Like Father, Like Son, Saddenly Now (2016), and Redcon-1 (2018). There is Rick Amsbury playing the dad of a victim. Rick is an actor, famous for his work in The Sanctuary, Black Gold (2019), Cult of Nightmares (2019). Nikki Barran plays a character named Robin. She is a writer and actress and has also worked in the camera department. She is known for Out of Time (2012), Bluff (2013), and The High Cost of Dying (2015).

Further, we have Kyle James Butler who appears in one of the episodes as the Tall Ghost. He is an actor famous for Molly’s Love Story and Broke and Famous (2017). David Clark plays the husband named Todd. He is an actor, known for his work in Paranormal Survivor (2015), Scariest Night of My Life (2017), and Us Weekly’s Famous Feuds (2017).

Apart from the above members, the series also has Jeremy Omen (as Top Hat Ghost), Michael Wisniewski (as Demonic Priest), Jay Yates (as Himself), Kiaha Peters (Little Ghost), and Terry Jansen (as Shadow Man), among others.

Scariest Night of My Life Plot: What is it about?

Scariest Night of My Life is a series featuring victims of paranormal mayhem, along with their true, chilling stories. The season begins with a woman, in her family home in Texas, who gets attacked by a demonic presence, and a man from Toronto, who confronts a dark and powerful entity lurking in his new apartment after getting a frantic message from a group of ghosts. In the second episode, we witness a young mother being attacked by an evil spirit while attempting to remove negative energy from her home; and teenage siblings getting terrified by the demon, encountered in their house.

In the same way, the other episodes feature a girl ghost getting jealous of a boy’s new friend; an encounter of horrifying sights and smells by a newlywed couple, and being attacked by an entity; a young family getting attacked by a haggard old woman in their dream home. There is also the case of a man, who lives alone in his apartment, and finds out that someone else lives there too after encountering the spirit of a little boy. The following episodes deal with screaming sounds and a ghost doctor discovered by a group in an abandoned psychiatric hospital.

In another episode, we have a girl named Marie, encountering in her new home, paranormal darts, sounds of crying, and a ghostly figure. There is an attack by a demonic figure on a 10-year-old boy, in his new home and another inexplicable phenomenon experienced by a woman in her new home. A man encounters ghosts from the World War One period during a snowstorm when working at a mental asylum alone overnight. A teen girl discovers in her family apartment a dark figure. There is an encounter of strange occurrences in a dead friend’s home by Amy and her mother.

Other episodes deal with the spirit of a cat trying to protect its owners from a canine presence; a young daughter and her mother getting terrorized by the shadow of a man; a female ghost confronted by a woman in a Scottish castle at night; a little boy having a play-date with a man and child ghosts; a 12-year boy sensing a ghost in the basement; some unusual figures entering a woman’s house at midnight; and a couple being followed by an old man’s spirit from the site of a plane crash.

Scariest Night of My Life Season 2 Release Date: When will it premiere?

Scariest Night of My Life first premiered on 8 July 2017. It has 13 episodes, that aired till 12 January 2018. The announcement regarding the renewal or cancellation of season 2 is yet to be made, and hence, there is no speculation surrounding the air date of season 2. We will keep an eye out on the latest bits on the series and update this page as we find out relevant information. Season 2 is most likely to get a release date in late 2019.

Scariest Night of My Life Trailer:

There is no trailer as such for the show. You can catch all the episodes of Scariest Night of My Life on Travel Channel.