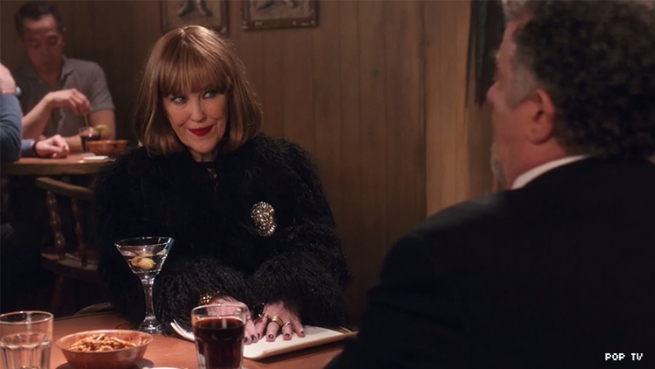 ‘Schitt’s Creek‘ has been wrapping up its characters’ transformative journeys in its last season, in a bid to provide viewers a satisfying end. Change has been a constant for the entire series and as it reaches its conclusion, the characters have been made to be more clear and confident about their lives.

The show follows a once-wealthy family who is forced to move into a tiny, ugly village after losing all their possessions. All the family members have grappled with the choice of whether they want to continue staying in Schitt’s Creek or not. Moira, the maternal head of the family is finally gaining some clarity regarding that front and a moment of making the final decision about that is imminent for her.

Schitt’s Creek Season 6 Episode 11 Release Date: When Does it Premiere?

The eleventh episode of the sixth season of ‘Schitt’s Creek’ is scheduled to premiere on March 17, 2020 at 9/8c on Pop TV. The episode is titled ‘The Bachelor Party’ and returns one week after the ninth episode of the season was aired. The show follows a weekly format with each new episode slated to be released every Tuesday.

You can watch the eleventh episode of the sixth season of ‘Schitt’s Creek’ by tuning into Pop TV during the time slot mentioned above. Otherwise, you can also catch it on the Pop TV website or the Pop Now app if you have a valid cable provider’s login.

The tenth episode of the sixth season sees Moira getting some attention from the producer of her former daily soap, ‘Sunrise Bay’ after the success of the ‘Crows’ movie. Alexis, on the other hand, has still not recovered from her breakup completely and has not been looking after herself.

Ronnie finds termite damage in the Rosebud motel that Johnny, Roland and Stevie purchased. The three wonder how they will finance the repairs since they are all running tight on money. Johnny is also concerned about sponsoring the catering at David’s wedding. Moira meets with her ex-producer alone as she makes Alex binge ‘Sunrise Bay.’

The producer, Clifton wants Moira to be a part of a ‘Sunrise Bay’ reboot which also includes Nicole Kidman. Johnny tries food samples for David’s wedding which are quite tasty, but very expensive. Seeing Johnny stressed, David assures him that he can rely on Patrick’s parents.

When Moira returns home, Alexis tells her that the ‘Sunrise Bay’ fans have video proof of Clifton writing Moira off the original show. She thinks Clifton wants Moira back due to her newfound popularity and that Moira should ask for what she deserves.

Moira confronts Clifton. She slaps him and makes a really high offer. On the other hand, Johnny calls Roland and Stevie at the cafe since he wants to sell the motel. Stevie tells him that she has been reading the business book that Johnny gave her. She thinks that he just needs some confidence to think bigger. She tells him that he won’t make a profit till the motel empire expands to 20 or 30 locations, similar to how Rose video did not turn a profit early on.