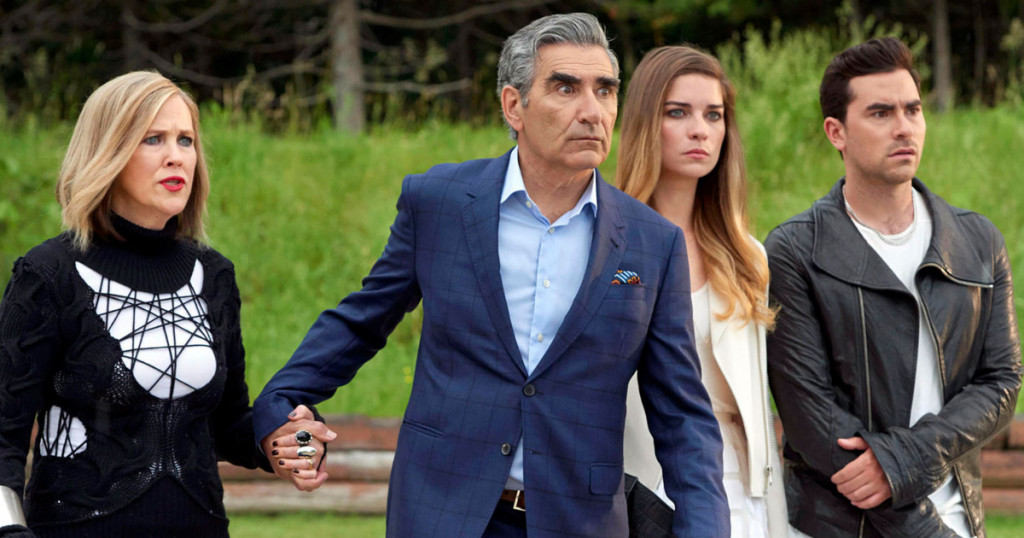 ‘Schitt’s Creek‘ is a Canadian sitcom that will make any viewer feel warmly positive. Sadly, the series is currently in its final season and fans will not get to see more of their beloved characters soon. However, ‘Schitt’s Creek’ has managed to map out the journey of its characters well and the conclusion already feels satisfactory.

The series revolves around the once-wealthy Rose family members as they are forced to move to a tiny, ugly village after losing their fortune. The show follows the routine conflicts and misadventures of the family as they adjust to their new life.

Schitt’s Creek Season 6 Episode 12 Release Date: When Does it Premiere?

The twelfth episode of the sixth season of ‘Schitt’s Creek’ is scheduled to premiere on March 24, 2020 at 9/8c on Pop TV. The episode is titled ‘The Pitch’ and returns one week after the eleventh episode of the season was aired. The show follows a weekly format with each new episode slated to be released every Tuesday.

You can watch the twelfth episode of the sixth season of ‘Schitt’s Creek’ by tuning into Pop TV during the time slot mentioned above. Otherwise, you can also catch it on the Pop TV website or the Pop Now app if you have a valid cable provider’s login.

The eleventh episode of the final season of ‘Schitt’s Creek’ is titled ‘The Bachelor Party’ and sees Stevie organize a bachelor party for David. However, her options are limited and she opts to hold the party at Elmdale at an escape room.

Johnny Rose is stressed in the escape room since he is waiting for a call from an investor whose investment might help make the Rosebud Motel Empire a successful franchise.  However, thanks to Roland, Johnny ends up not taking his calls.

On the other hand, Alexis finds the escape room activity particularly challenging since it is Galapagos themed. This reminds her of Ted and she mulls over her breakup. Moira is also seen reconsidering a past decision: that of rejecting to star in the ‘Sunrise Bay’ reboot. She is seen lending her voice to a radio show, ‘Larry Air.’ However, she is underpaid and Moira ends up walking out of it.