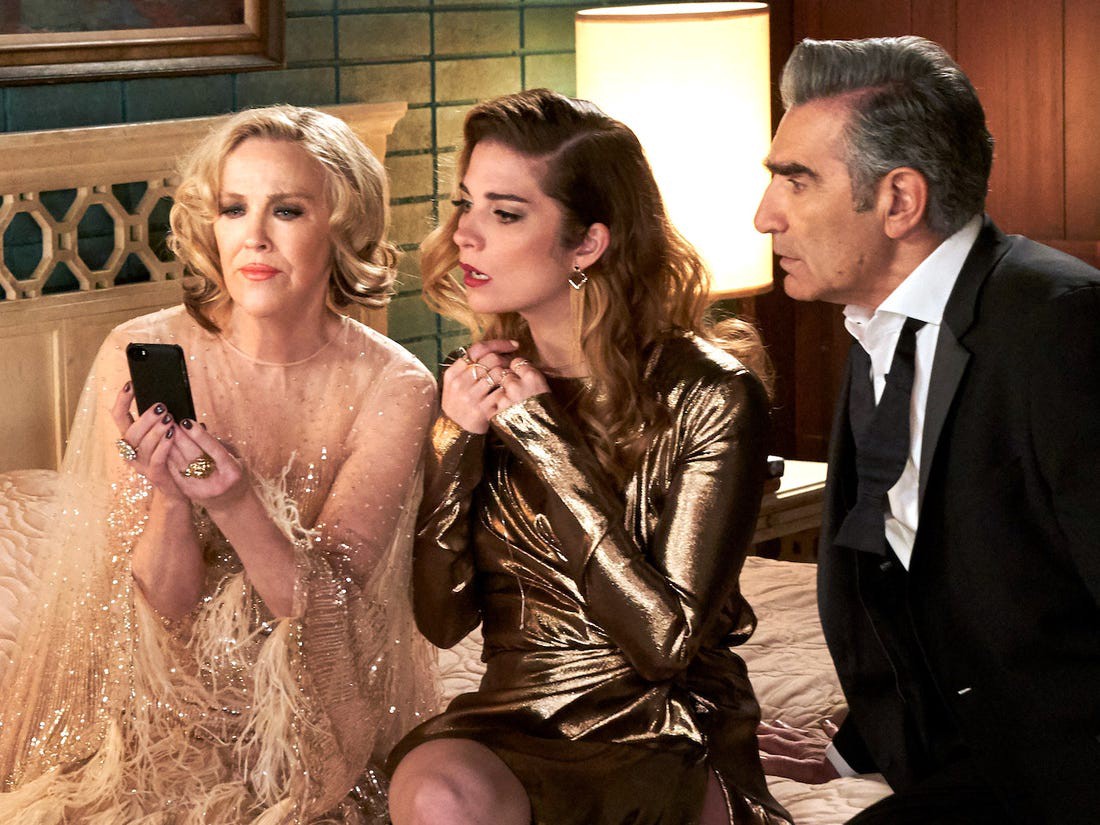 ‘Schitt’s Creek‘ is incredibly popular for the brand of humor the show promotes. Created by Eugene and Dan Levy, the father-son duo also star in the series. It basically follows a rich family that loses all their possessions, except for the town of Schitt’s Creek, which is where they are forced to move.

Currently, on Season 6, the series is extremely well-loved by fans, which might make you eager to know about what goes down in the latest episode. We are here to tell you that, right after walking you through when and where to watch the upcoming episode.

Schitt’s Creek Season 6 Episode 6 Release Date: When Does it Premiere?

‘Schitt’s Creek’ Season 6 Episode 6 is slated to air on Tuesday, February 11, 2020, at 9/8c on Pop TV. Titled ‘The Wingman’, we see Alexis and Moira dealing with the aftermath of a viral video. Meanwhile, Johnny helps Bob go back into the dating world.

‘Schitt’s Creek’ is on Pop TV, meaning you can watch it with a cable connection. In case you don’t have one, just head to the Pop TV site, and stream the episodes. Cord cutters can also check out FuboTV, Direct TV, and YouTube TV.

If you are a Netflix subscriber, then you can watch the season, only after it finishes airing, since the platform gets it all together at the end. Amazon Prime users can always buy and stream episodes on the platform.

Episode 5 starts with Alexis preparing for a premiere of ‘The Crows Have Eyes 3: The Crowening’. Her idea is to get people to see it first and she has accordingly arranged for some real crows to be released at the event. Moira is against this plan for two reasons. Firstly, she does not want to have a movie premiere taking place at Schitt’s Creek, and more importantly, she does not want to draw attention to the movie, until the critical reviews are in.

One review does come in, praising the movie and pointing out how it has fairly treated crows, who are often misunderstood. Moira is ecstatic and convinces Alexis that the premiere is back on. The poor girl has to prepare for the entire thing in a few hours and makes the best out of a bad situation. Her only hope is that the contact for the live birds comes through.

At the premiere, Moira looks absolutely saintly, and she feels right at home. Several people also show up, but what might have been a splendid evening, is thrown into chaos when the crows are released. They start attacking everyone, and people are photographed running away from the theater, which is terrible press for the movie. Moira blames it on Alexis, which sets up an arc for her to redeem her image and take care of herself.

Meanwhile, David and Patrick have a heart to heart, and the latter admits to wanting kids, while he is in a drug-induced state. Although he later says that he is happy with David, and his wants have changed, David is left wondering if Patrick is suppressing his desires. Undoubtedly, these are all avenues that will be explored in the upcoming episodes.