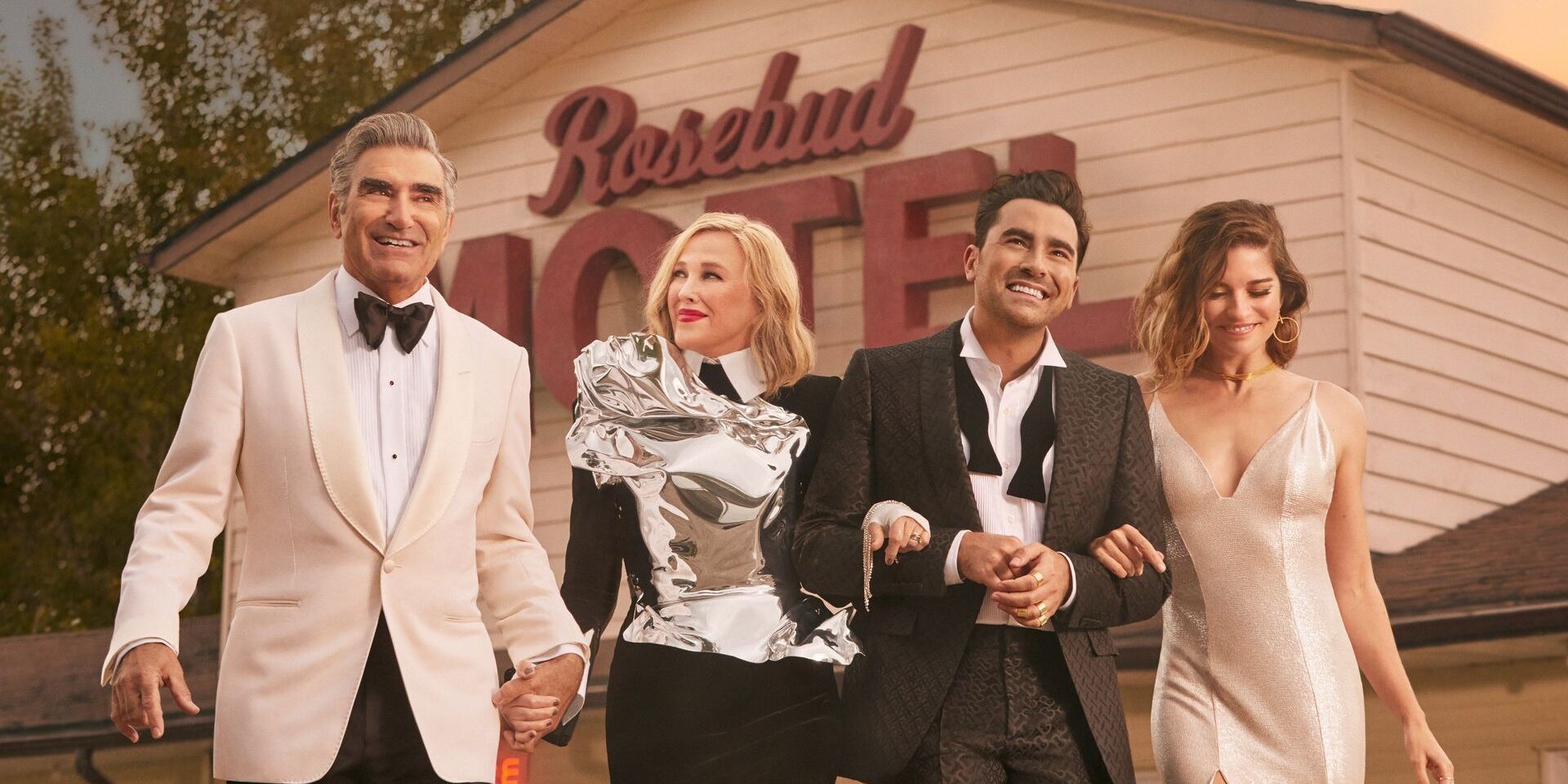 ‘Schitt’s Creek’ is a family comedy that first premiered in January 2015. It chronicles the lives of the affluent Rose family, who lose everything after being hoodwinked by their manager. With nothing on their hands, the family decides to move to Schitt’s Creek, a small-town Mr. Rose bought as a joke, to re-establish their lost fortune. Interestingly, one of the leads, Dan Levy (David Rose), came up with the idea for the show and developed it with his father Eugene Levy, who also plays his reel father, Johnny Rose, on the show.

The show has always received favorable reviews from the critics as well as the audiences. It has been touted as a social phenomenon for its representation of the LGBTQI+ community, brilliant performances, well-placed humor, and multi-layered characters that evolve with each season. The show has garnered a cult following, coupled with steady ratings, over six seasons. It has achieved so many firsts, such as the first Canadian comedy series to receive a Critics’ Choice TV Award nomination and also the first Pop TV series to be nominated for an Emmy Award.

Despite its success, Pop TV decided to cancel the show after six seasons. You must be wondering: why was it canceled and if there is any chance that there will be a ‘Schitt’s Creek’ season 7? Let’s find out.

‘Schitt’s Creek’ Season 6 premiered on January 7, 2020, and came to an end on April 7, 2020, after 14 episodes. It was followed by a one-hour special featuring the behind-the-scenes footage and interviews of the cast and crew members of the show. You can watch all the episodes on Pop TV.

As far as the possibility of another season is concerned, here’s what we know. On March 21, 2019, Creator/Actor Dan Levy took to Instagram to announce that the sixth season of comedy series will be its last. In the statement, Dan and Eugene Levy said, “It’s not lost on us what a rare privilege it is in this industry to get to decide when your show should take its final bow. We could never have dreamed that our fans would grow to love and care about these characters in the ways that you have.”
Check out the post below!

Here’s another post from Dan, on the last day of filming, wherein he expressed his gratitude towards the fans and the rest of the cast and crew members.

I know it’s disheartening to bid farewell to your favorite show. But you can at least be glad that the creators pressed the brakes on the show on their own terms by giving it a happy and conclusive ending, instead of allowing it to overstay it’s welcome. So, unfortunately, ‘Schitt’s Creek’ Season 7 is officially canceled.

Before you don your mourning hat, let’s inform you that this might not be the final goodbye, for there’s a chance that the show can return in the future. Don’t believe us? Here’s what Dan Levy told Entertainment Weekly in an interview. “The world doesn’t explode at the end of [the series finale],” Levy said. “If there is something that comes up down the line that feels compelling enough to bring our troupe back together and continue to tell a story, so be it. I’m not one to lay down the iron fist and say, ‘This is it forever.’ This is just it for now.”

You never know, Dan and Eugene might come up with a revival or a spin-off, sometime in the future. Until that happens, you can always watch the re-runs of your favorite show.

Read More: Shows Like Schitt’s Creek To Fill The Void