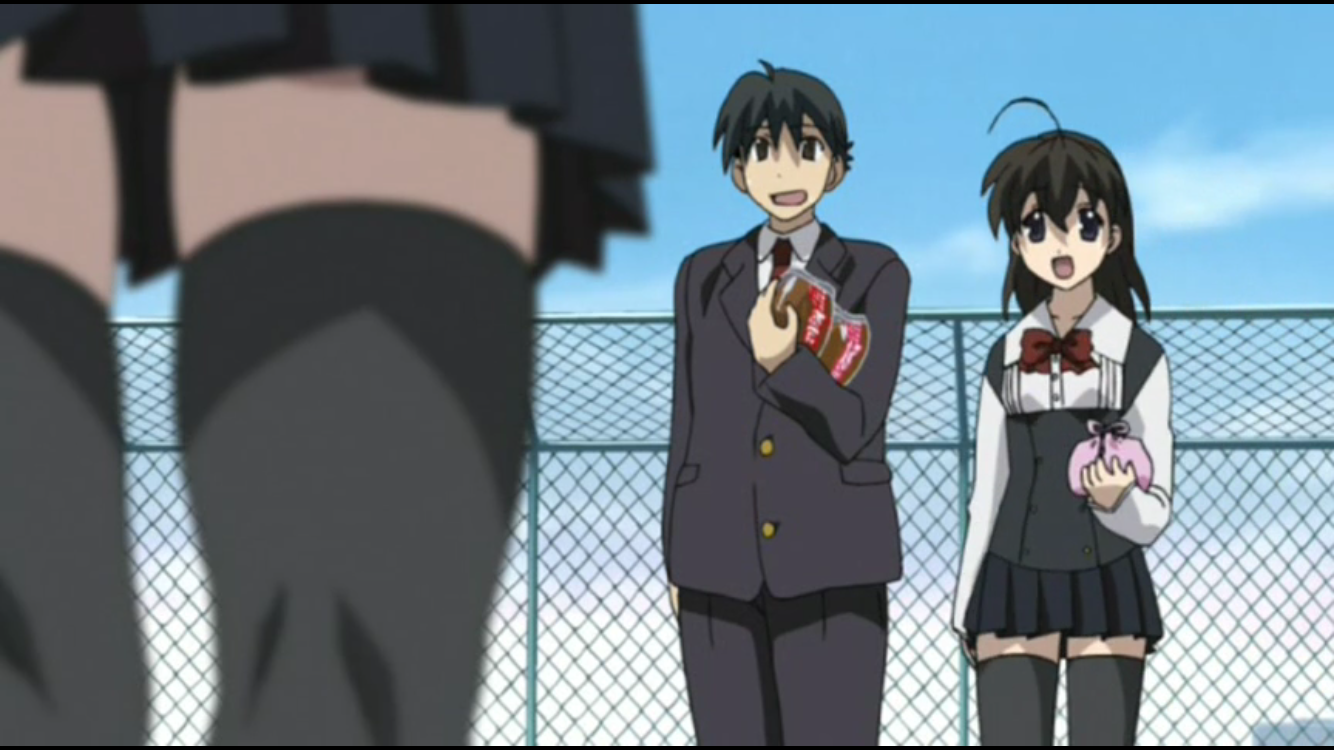 ‘School Days’ also known as ‘Sukūru Deizu’ is a Japanese adult visual novel developed and published by 0verflow on April 28, 2005 for Microsoft Windows PC. The game was then later ported to PS2 and PlayStation Portable. It plays just like any other eroge novels out there in the sense that it requires minimal input from the side of the player. Instead, it takes the player through a journey where they are slightly able to alter the sequences. There are several endings to the storyline as a matter of this, some of which have been flagged as inappropriate for certain audiences not only for its sexual themes but also for its open depiction of violence and gore.

The game follows the life of a high school student who suddenly becomes the center of attraction for a lot of girls and how this affects his own personal life in addition to altering his interactions and relationships with other characters. At several points in the game, one is presented with the option to alter the course of the story through the choices they make. The effects of the same might seem pretty negligible at the start but all of these add up and start influencing the storyline in a major way further into the game.

‘Despite its popularity, it is strange how ‘School Days’ has been rated way below average in platforms like MAL. If you go through a series of its reviews, you’ll either find people who are die-hard fans of the series or you’ll simply find people who hate it from the bottom of their hearts. I think it comes down to what you expect out of the anime. Initially, ‘School Days’ gives off the false vibe of being another one of those cliched high school anime with cute students playing around and living their school days like there’s no tomorrow. But it soon takes a rather unexpected turn and transforms into this psychological drama that deals with the extent to which certain relationships can be damaging for young teenagers.

Even the conclusion of the anime is quite shocking has had many mixed reactions towards it. In the end, ‘School Days’ is the kind of anime that you can truly hate if you focus too much on its Ecchi and typical High-school harem side. But if you’re able to overlook its cliches and focus more on its complex commentary on relationships and their impact on people, you might actually enjoy it a lot more than any other harem you’ve ever seen. To put it simply, ‘School Days’ takes a more realistic approach towards the idea of Harem and having multiple girlfriends. It shows that relationships like these usually do not end too well and are bound to create feelings of jealousy in the minds of those who are involved in it. So at the end of the day, it all comes down to how you are able to digest the brutality and boldness of this anime. My advice to those who have not seen it yet would be to focus more on its foreshadowing and symbolism because that’s the only way you can truly enjoy this series.

School Days Season 2 Release Date: When will it premiere?

‘School Days’ season 1 premiered on July 4, 2007 and came to an end on September 27, 2007. During this span, it aired a total of 12 episodes with each one of them being 25 minutes long. There have been no official statements from the creators regarding the production of a new season of the anime despite the pleas of fans over the course of the last decade. This is mainly due to the lack of source material, it seems. The anime has been adapted from a visual novel that goes by the same name and even though there are several spin-offs to the same, they follow an entirely different story.

The other reason why we may never see its renewal is that there is no need for the creators to produce a new season. Usually when an anime is adapted from other formats, they are done to support and boost the sales of the original source material and with no source material left to boost here, there simply isn’t any reason for them to develop a new season for the anime. However, only time can tell whether there will be further developments in the future, but as things stand at the moment, it seems highly unlikely. In the future, if we get any updates regarding its renewal or ‘School Days’ season 2 release date, we will update it here in this section.

There are no English dubs available for the anime but the original series with English subtitles can be presently streamed online on Crunchyroll.

‘School Days’ mainly focuses on the life of ‘Makoto Ito’, a typical high school student living with his single mother in their hometown of Haramihama, a fictional city in Japan. He lives an extremely ordinary life and after reaching the second year in high school, develops a crush on Kotonoha Katsura. Kotonoha is an extremely soft-spoken girl who is entirely unaware of the development of feelings from the side of Makoto. She initially regards him as one of her better friends with whom she shared rides to and from school. Makoto tries to convey his feelings to Kotonoha but is unable to do so completely. During this time he meets an upbeat and charming young girl named Sekai Saionji with whom he develops a rather close friendship.

After disclosing his feelings for Kotonoha to Sekai, she is highly optimistic about it and tries to come up with ways to make the couple meet. She finally manages to make the two confess their feelings for each other at which point, Makoto and Kotonoha start dating. However, Sekai realizes that she has now developed feelings for Makoto and grows increasingly jealous of the couple each time she sees them together. The anime goes on to show the consequences of these pent-up feelings and the effects it has on each one of their lives.

Makoto Ito: A typical high school student and the main protagonist of the story, Makoto lives a pretty ordinary life with his divorced mother in the fictional city of Haramihama. In his second year of high school, he develops a crush on Kotonoha Katsura, a girl with whom he shares commutes to and from high school. The energetic and ambitious Sekai soon learns about this and tries to set the duo up which she successfully manages. However, she also realizes that while she was helping Makoto get closer to Kotonoha, she herself had fallen for Makoto leading to an unfortunate love triangle.

Kotonoha Katsura: Kotonoha is a sweet nerdy student in the same school as Makoto and develops a good friendship with him after the two shares train rides together. She is very calm and forgiving, but her personality can take a turn quite sharply if she feels threatened. Makoto develops a huge crush on her which is later reciprocated with the help of her friend, Sekai Saionji. She starts dating Makoto and is also shown to suffer from depression when the two are not together.

Sekai Saionji: An upbeat tomboyish girl who is a close friend of Makoto, Sekai can be seen critically trying to get Kotonoha and Makoto together for the better part of the anime. However, it can also be seen that she starts taking a genuine interest in Makoto once he has developed a close relationship with Kotonoha much to her surprise. This surprise soon turns to jealously as she can be seen trying to find ways to break the two of them up for her own selfish desires.