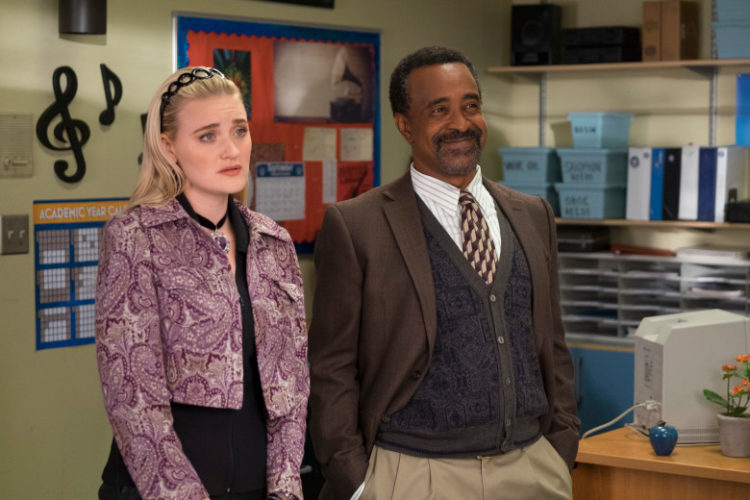 ‘Schooled’, ABC’s spinoff of the classic sitcom, ‘The Goldbergs’, has had fans confused with its second outing’s airing schedule. After releasing its 20th episode on April 22, 2020, the show seems to have gone on a break. Moreover, in these uncertain times, fans are a bit worried if they will see the season return this year at all. Well, worry not. We will resolve all your doubts.

However, it has been confirmed that episode 21 will serve as the finale for the series’ ongoing installment. We won’t get to see the previously planned 22nd part — thanks again to the ongoing health crisis — because of which season 2 had to wrap up earlier than expected.

The finale for ‘Schooled’ season 2 is titled ‘Clueless’. Written by Tom Hertz and directed by Andrew Secunda, the story focuses on Lainey, who faces a difficult choice. She needs to take a tough decision — regarding her relationship with Barry and her friendship with CB. On the other hand, Coach Mellor and Julie are placed in a tight spot when Toby gets an invitation for prom night from a senior in spite of him being in his freshman year.

You can watch the 21st episode of the second season of ‘Schooled’ by tuning in to ABC on the above-mentioned timeslot. However, the episode can also be streamed live on the ABC website or app with a valid cable provider’s login.

Moreover, you can also catch the show live if you have a subscription for Hulu With Live TV, YouTube TV, Direct TV, or Fubo TV. You can also rent or buy specific episodes of the show on Amazon Prime Video.

In episode 20, titled ‘CB Saves the Planet’, Mellor tells CB that the latter’s immature hobbies are the sole reason for him not getting any girls. Taking the advice to heart, CB decides to exhibit a more grown-up demeanor. He also develops a crush on Paloma, who is a lady hired by Glascott to help William Penn become more eco-friendly.

However, things take a complicated turn when Paloma decides to save an endangered bird population, which resides just next to the location where Mellor is planning to build a new baseball stadium. CB takes matters into his own hands to control the situation. In another scene, Wilma attempts to coerce Lainey, head of the yearbook committee, to put an end to the traditional “senior superlatives” awards. The former believes that the practice is often hurtful to others. But when Wilma herself gets voted as the “coolest teacher”, she withdraws her suggestion.