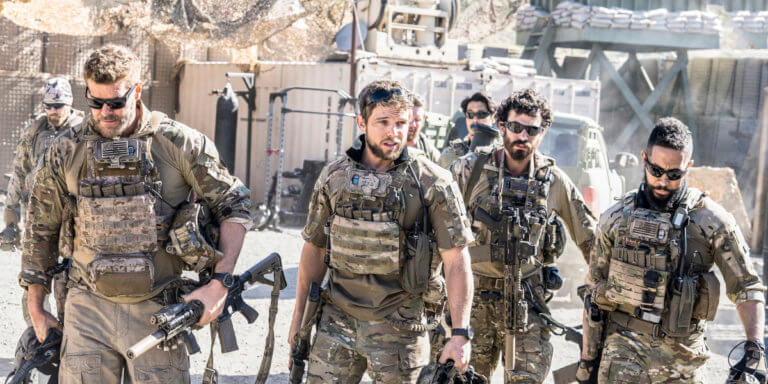 ‘SEAL Team’ is CBS’s high-octane military drama that revolves around the personal and professional pursuits of the most elite unit of Navy SEALs. The crew, in a bid to protect their country, takes on some of the riskiest and high-stakes missions. Leading the Tier One team is Jason Hayes, who is accompanied by Ray Perry, Sonny Quinn, and Clay Spenser. Other important members in the group are Lt. Cdr. Eric Blackburn, Mandy Ellis, and Ensign Lisa Davis. Together, the group never shies away from any global mission. Dedicated and fearless, the SEAL Team is hell-bent on serving the nation even if their devotion ends up ruining their family lives.

Following an epic season three finale, ‘SEAL Team’ was renewed for its fourth outing. Season 4 was originally planned to premiere on Wednesday, November 25, 2020. However, the debut was delayed by a short time frame. On a good note, CBS is rewarding our patience by releasing not one but two back-to-back episodes as a part of the much-waited fourth season launch. And here is everything you need to know about the updated schedule!

‘SEAL Team’ Season 4 Episode 1 is slated to be released on Wednesday, December 2, 2020, at 9 pm ET on CBS. It then drops its second episode on the same date at 10 pm ET. The show is expected to follow a weekly format, with each new episode slated to be premiered every Wednesday. If there are any unexpected changes, our preview sessions will keep you updated.

You can watch the ‘SEAL Team’ Season 4 Episode 1 by tuning to CBS at the above-mentioned time. You can also catch the show on the official website of CBS and the CBS app. The series can additionally be watched on CBS All Access. If you don’t have a cable subscription, you can watch the show on DirecTV and Fubo TV. ‘SEAL Team’ is also available as a VOD service on YouTube TV. You can also purchase/rent the episodes on Amazon Prime Video or catch them with the help of a CBS All Access subscription for Prime.

The upcoming episodes are titled ‘God of War’ and ‘Forever War’ respectively. The first episode follows the Bravo Team as they penetrate the forbidden territory of the snowy Spin Ghar Mountain Range. Their goal? Capture Al-Hazred, the dreaded leader of a terrorist group. Al-Hazred happens to be the son of the HVT, who was taken down by Jason earlier in his career. This is what made Jason rise to the position of Bravo One.

However, complications arise when Jason and Cerberus are separated from the rest of the crew after the team launches an attack. The second episode picks up the story after episode one’s conclusion. It sees Jason and Cerberus reuniting with the team as they head to booby-trapped tunnels in search of the fearsome criminal. You can additionally watch the official promo for season 4 below: