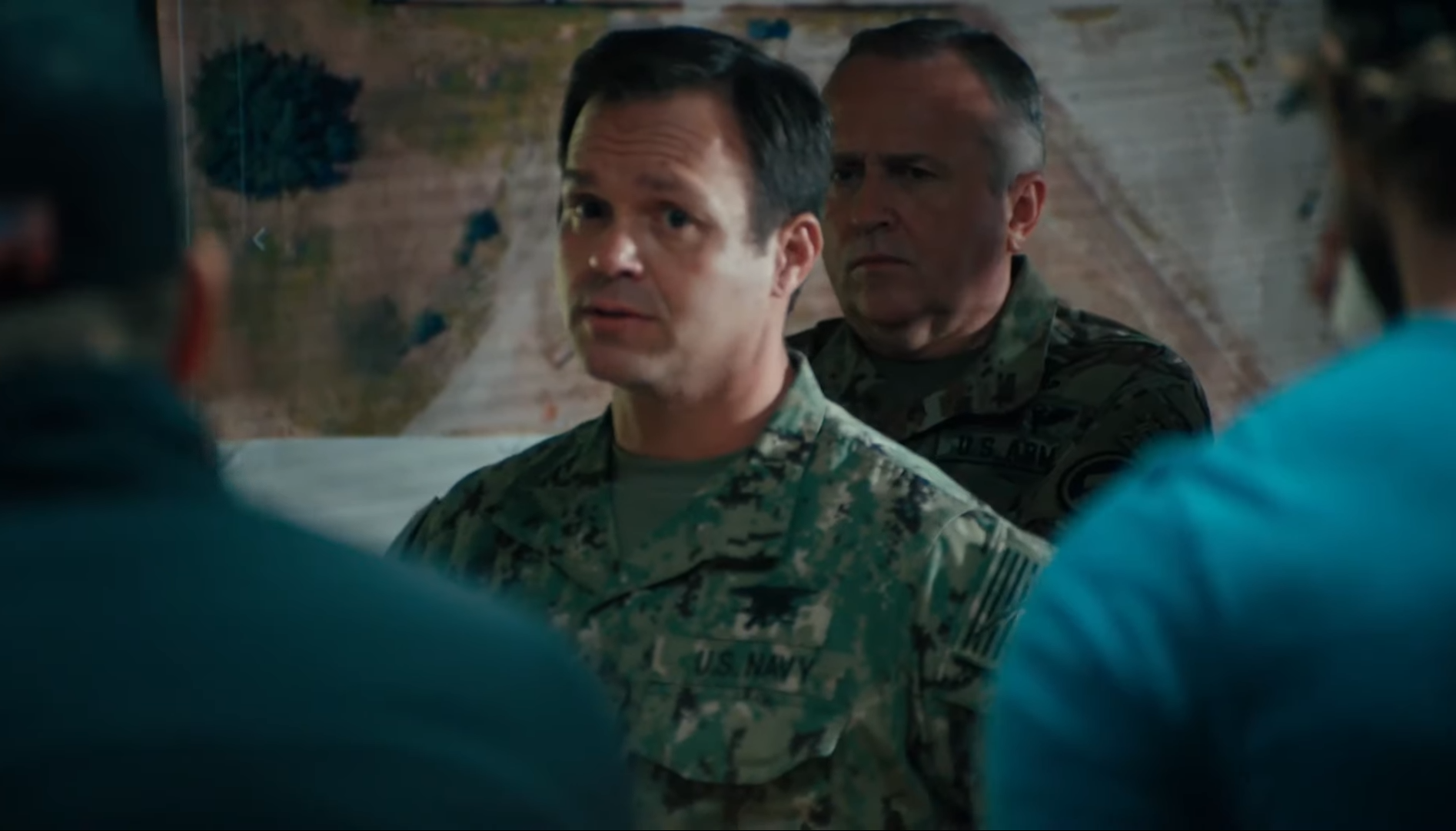 The first episode of ‘SEAL Team’ season 5 doesn’t misspend any time to get into the premise of the new season, the impossible. Bravo Team is called back for a training exercise in South Korea while the members are spending some time with their families. Once in South Korea, they are informed that the training exercise is just a cover for a covert operation to get Jin Yong out of North Korea, the mastermind behind the North Korean weapons program.

Bravo is assigned to help Kwan Jon-Wi, who devises a plan to escape with Jin without the military’s intervention, though the mission takes an unexpected turn as the unforeseen happens. Let’s save the rest for the recap and dive into the details of ‘SEAL Team’ season 5 episode 2!

‘SEAL Team’ season 5 episode 1 is set to release on October 17, 2021, at 10:30 pm on CBS. The fifth season comprises 14 episodes with a runtime of 43 minutes each. New episodes of the show air on the network on a weekly basis, every Sunday.

You can watch ‘SEAL Team’ season 5 episode 2 by tuning to CBS at the aforementioned date and time. If your preference is to watch the episodes online, you can do so by logging onto CBS’ official website, CBS App, and the streaming platform Paramount+. You can also choose from DirecTV, Pluto TV, Fubo TV, Hulu+Live TV, Xfinity Stream, and YouTube TV to watch the episodes online. The episodes are also available on-demand on Amazon Prime, iTunes, Google Play, Vudu, and Microsoft Store.

The second episode of ‘SEAL Team’ season 5 is titled Trust, But Verify: Part 2.’ It will begin with Jon’s arrest by the military, as she and Bravo try to get Jin Yong out of North Korean authorities. With Jon in custody, Bravo will have to brainstorm ideas to find a way to escape the terrors that await them. With military officials around, the team will be working without making their presence known. The episode will also depict the aftermath of the compromised mission and the ways how they can return home alive.

The episode could also portray the team dynamics and morale, as questions are raised whether Ray is fit for the mission mentally. Ray could either silence his mates by fighting the North-Korean troops or fail miserably by getting influenced by his own traumas and hardships. Either way, Jason’s leadership is in a dispute as other members are not completely convinced about Ray. While you are avidly waiting for the second episode of season 5, here’s a promo of the same!

The premiere episode of ‘SEAL Team’ season 5 is titled ‘Trust, But Verify: Part 1.’ It begins with the team members as they are spending time with their family. They are called back to Bravo as they are informed that they have to complete a training exercise in South Korea. When they land in South Korea, they are informed that they are part of a covert mission to snatch Jin Yong with the help of Jon-Wi Kwan. Bravo Team listens to the instructions to follow as they are briefed about the challenges they will face in front of them.

Sonny questions Ray’s mental strength to embark on such a mission of grave importance, but Jason sticks with his decision to have Ray on board even though he is accused of being bias. Bravo is asked to help Jon as they strike a deal to manage the electrified river so that she and Jin can come across. But the plans go awry as Jon gets arrested by the military as she is driving up to the rally point. Bravo speculates that if the military comes to know about Jon, they might have heard about them too. Even though it’s compromised, those who are in the substation separate to deal with their incomplete mission.