When Will Search Party Season 3 Premiere on HBO Max? 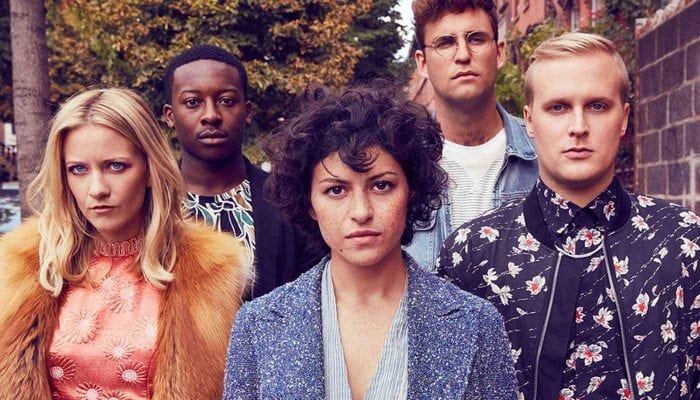 ‘Search Party’ is an American satirical dark comedy that aired on TBS and first premiered on November 21, 2016. It has been created by Sarah-Violet Bliss, Charles Rogers, and Michael Showalter, who is famous for the ‘Wet Hot American Summer‘ franchise.

The surreal comedy is centered on four self-observed friends, who are trying, quite reluctantly, to find their missing college acquaintance. Dory Sief is convinced that Chantal is in danger and convinces her other friends to help her and that’s when the real drama unfolds. The show is quite unique as it is shot with a single camera. When their college acquaintance mysteriously disappears, they get entangled in an ominous mystery.

Over its two seasons, the show has gained immense traction among viewers and has developed a very strong fan following. Critics have also wildly praised the show, saying, “Search Party is an engaging, weird, dark, funny mystery elevated by exceptional performances throughout.” So, will there be a ‘Search Party’ season 3? Let’s find out.

Search Party Cast: Who is in it?

The main cast of the show is led by Alia Shawkat, of ‘Arrested Development‘ fame, who appears as Dory Sief, a personal assistant to a rich housewife. When Chantal, Dory’s college acquaintance, goes missing, she makes it her personal mission to find her, and she ropes in her friends to help her in this quest.

John Reynolds plays Drew Gardner, who is the stereotypical sweet but spoon-fed doofus. Having spent a life that was a little too sheltered, Gardner now realizes that he must grow a spine if he is to help Dory solve the mystery surrounding Chantal’s disappearance and save their relationship in the process.

John Early is seen as Elliott Goss, who is the typical gay character and self-diagnosed narcissist. Goss still finds reason enough in his heart to help Chantal and though he is adept at manipulating those around him, he is also surprisingly good at detective work, which makes him a valuable member of this search party.

Meredith Hagner appears in the role of Portia Davenport. Portia is a bubbly actress who is in need of constant attention. Normally, this hogging of the spotlight would get real tiring real soon but swept up in the thrill of solving this mystery, Portia is excellent at chatting up various suspects and getting information out of them, even though it might be by accident sometimes. Brandon Micheal Hall of ‘God Friended Me‘ fame is seen as Julian Marcus, Dory’s ex-boyfriend, who is a journalist.

All of the lead cast members will be reprising their roles in season 3. New additions include standup comedian and actor Louie Anderson as Bob, an “absentminded old-school lawyer from Chicago”, who is “warm, sentimental, and optimistic but can’t seem to remember his clients’ names and is maybe dying”. We also meet Michaela Watkins as Polly Danziger, a “tightly-wound” federal prosecutor holding an “obnoxious love for the legal system”.

Search Party Plot: What is it about?

‘Search Party’ is a very aptly named show because the story is about four friends who decide to find their college friend, Chantal, who has gone missing. While the first season focuses on the search for Chantal, we get to see how self-absorbed the characters actually are, and how they deal with problems in their own lives.

The second season picks up with the consequences of this search party. A private investigator is killed because Dory mistakenly believes him to be a threat to Chantal. We see the group struggling to cover up the fact of Keith’s death and return to their normal lives. However, the knowledge of the PI’s death affects them in different ways.

‘Search Party’ is ultimately a show where a high stakes mystery meets a well-crafted satire. The mystery is a tight one, as Chantal goes missing under mysterious circumstances. However, the main story plays out in showing the circumstances of the investigation by her friends, which becomes a parody and a look at the crisis faced by millennials.

The characters are cleverly crafted in a way to make them feel infuriating. After all, they are white and entitled. However, the plot really progresses with the character development of Dory. As I said, this is a woman who needed a purpose, and having found one, she almost begins to behave like a monomaniac, bent on solving the mystery and her infectious enthusiasm affects her friends as well.

In season 3, the gang gets entangled in a trial when Dory and Drew are charged with a case involving the semi-accidental murder of the private investigator from season 2. While Elliott and Portia are confused if they should testify as witnesses, tensions begin to engulf all of these friends. Not only this, they come under public scrutiny as dangerous individuals. Dory begins to lose her sanity and the crew struggles to rebuild their bonds.

Talking about the upcoming season, the cast members have also hinted that the media will now get involved in the case, and if there is anything worse than millennials being a different version of themselves, it is these versions being amplified manifold due to the presence of media. We are in for a ride when the next season drops.

Dripping with millennial self-absorption, the show pulls off the element of mystery without a hitch, and after two successful seasons, we have no reason to doubt that the show will not outdo itself once again.

Search Party Season 3 Release Date: When will it premiere?

As far as the next season is concerned, we have good news for the fans. On April 23, 2018, TBS renewed the show for another season. However, the show is changing platforms by moving to HBO Max. And ‘Search Party’ season 3 is slated to premiere at its May 2020 launch.

What’s more? The show has also been renewed for a fourth season, before its season 3 debut. Well, it looks like this amazing series has a long way to go!

You can check out the trailer for ‘Search Party’ Season 3 below. If you have not seen it, we strongly recommend that you check it out.