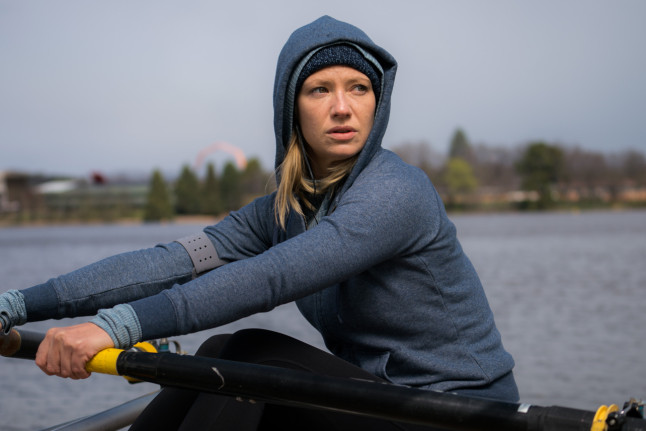 There’s nothing that grabs our attention quite as well as a political thriller. If it is made well, it will have viewers on the edge of their seats. Due to the compelling nature of the content in this genre, political thrillers are ideal for binging. Streaming giants Netflix is well aware of this, primarily because their first original content was a political thriller, namely ‘House of Cards‘. Since then they have gone on to add content to this genre and one of the stellar additions has been ‘Secret City’, the Australian political thriller, that has seen two successful seasons on streaming platform so far. Here’s everything we know about its next season.

Secret City Cast: Who is in it?

The cast of Secret City is led by Anna Torv who stars as Harriet Dunkley, a senior media advisor to Karen Koutoufides. Torv is best known for her role in another Netflix show, ‘Mindhunter‘, where she played the role of Doctor Wendy Carr.

Danielle Cormack plays the role of Karen, who we mentioned earlier. Karen is a fierce maverick Independent MP from Wakefield in Season 2 and bears resemblance to the outspoken former Australian senator Jacqui Lambie. Danielle spoke to The Canberra Times about her role, saying, “There were so many amazing politicians to draw from for this role. There was talk in the writer’s room about Jacqui Lambie, but I looked towards some independent MPs in this country and also female politicians, women who have been pioneers and have lobbied for policy that has been life-changing for a lot of women. Karen is someone who really needs to be heard, who hasn’t been heard, who’s speaking out for the marginalised, – that’s indicative of her nature”.

Caroline Treloa is played by Laura Gordon in Season 2. Treloa is a drone pilot who has seen action in Afghanistan. Gordon had some exciting things to say about her character, “I loved playing Cal, she’s kick-arse and fragile and everything in between, but I’m not allowed to say too much about her. She’s on the run in the first couple of episodes; there’s a lot of people in Canberra and the military who want to know what information she has. She’s in danger, it’s very mysterious and it has a super-exciting pay-off”.

Secret City Plot: What is it about?

Season 1 of Secret City sees Harriet Dunkley work as a political correspondent for The Daily Nation in Canberra. While on the job, the press gallery journalist discovers a secret conspiracy in her search for truth. The explosive secret threatened not only her life and career but the way of living of every Australian. Season 1 is set against the backdrop of rising tensions between China and America.

In Season 2 of ‘Secret City’, we see Harriet just having gotten out of prison and immediately getting unwittingly snared in a political and military cover-up and it seems that Carolina Bailey is behind it. Bailey started as Attorney General and Minister of Justice in Season 1 and is the Minister of Home Affairs in Season 2. It turns out, however, that Bailey is spying for the Chinese which can affect the military of Australia in a major way. In Season 2, Harriet returns to the familiar grounds of power and politics only to uncover a military program so secret, that not even the Prime Minister of the nation knows about it. news.com.au has noted how the return of the show is bound to be intriguing considering the fact that Australian politics is going through one of the most controversial and turbulent periods in its history.

Both seasons have the unifying theme of the protagonist as the relentless muckraker who continues her fight for truth and transparency in Australia’s corridors of power. Season 1 of ‘Secret City’ is loosely based on the best-selling novels by political journalists Chris Uhlmann and Steve Lewis, who are serving as story consultants. The novels are titled ‘The Marmalade Files’ and ‘The Mandarin Code’. The filming mostly took place in the halls of the Parliament House in Australia’s capital and in several locations across Canberra and Sydney.

While Season 1 of ‘Secret City’ taps into the current geopolitical climate to portray an excellent techno-spy thriller, Season 2 of the show begins to ask questions of democracy and who is actually running Australia in the first place. ‘Secret City’ expertly and critically studies democracy in the light of foreign and domestic powers, and how often the notions of democracy are sacrificed by authoritarian governments in the name of safety. While providing a roadmap for most nations, ‘Secret City’ does not mince its ideology portraying interfering foreign powers including the USA in a negative light. The show has stood out for the feminist turn it has taken, making all the major power players in the show women, while relegating men to supporting roles.

Secret City Season 3 Release Date: When will it premiere?

As far as the next season goes, we don’t have an official announcement yet. Though considering the popularity of the show, we would be surprised if it doesn’t get another season. Our best guess is that if the show does get renewed, ‘Secret City’ Season 3 can release sometime in March, 2020. We will update this section as soon as we hear more.