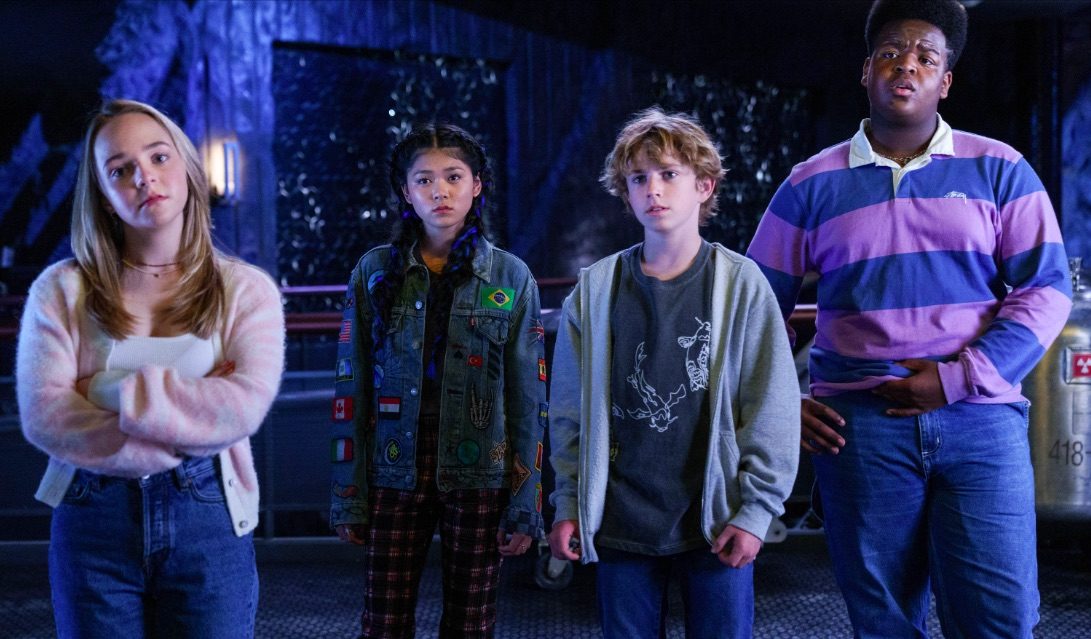 Paramount+’s ‘Secret Headquarters’ is a superhero movie that follows the story of a teenager who is frustrated with his father for not being more present in his life. It is when he discovers that his father is actually a superhero that he begins to grasp the complexity of the situation. Directed by Henry Joost and Ariel Schulman, the film follows the perspective of a superhero’s child, underlining all the things that are usually ignored by other superhero movies. It is entertaining and opens the doors to some new avenues within itself when it comes to further exploration, while also being a refreshing and fun watch. If you want to find out more about the sequel of ‘Secret Headquarters’, then we’ve got your back. Here’s all you need to know about it.

‘Secret Headquarters’ was released on Paramount+ on August 12, 2022. The film received favorable reviews and was regarded as wholesome family entertainment. It was also praised for offering a different perspective to the superhero genre, with its plot focusing on a key detail about a superhero’s life, along with other scenes spread throughout the film that pokes into more questions about the practicality of being a superhero.

As of now, no official announcements have been made about the future of the film. While the ending leaves a lot of room for exploration, the decision eventually depends on how the film fares with the audience. With Owen Wilson attached to the project and the increasing popularity of the superhero genre, it wouldn’t be a surprise if the production house green lights the sequel in the coming days. If that happens, we expect ‘Secret Headquarters’ to release sometime in 2024.

Secret Headquarters Sequel Cast: Who Can be in it?

‘Secret Headquarters’ stars Owen Wilson in the role of Jack aka The Guard, Walker Scobell as his son, Charlie, and Jessie Mueller as his wife, Lily. In the end, we see all of them working together, so for the sequel, we expect all three of them to reprise their roles. Jesse Williams, who plays Sean Irons, is also expected to return, along with Charlie’s friends, Berger, Maya, and Lizzie, played by Keith L. Williams, Momona Tamada, and Abby James Witherspoon, respectively. While Michael Peña’s Ansel Argon seems to have landed in another dimension at the end, his character is still alive. So, we won’t rule out the possibility of seeing him again. However, we expect The Guard and Co. to go up against a new villain in the sequel, so the addition of new cast members is expected.

Secret Headquarters Sequel Plot: What Can it be About?

‘Secret Headquarters’ sets up the story of The Guard who gets his powers from a mysterious orb from another world, called the Source. The film mainly focuses on the relationship between Jack and Charlie and how his superhero life has messed up his personal life. As new characters are introduced, we see different dynamics develop between them, especially in the cases where there is some history. With so much to tell, the film barely focuses on the origins of the Source. We still don’t know much about it. Where did it come from? Are there more of these orbs? If they come from another world, who lives in that world? And will we get to know more about them in the sequel?

The ending of ‘Secret Headquarters’ leaves the audience with more questions than answers. While it is clear that The Guard is up against a world-ending threat, we never really see him in action tackling one of those threats. Over a decade, he has been through hundreds of missions, but what do those missions look like? Who is he really up against? Apart from that, the film also sets up the possibility of another dimension in its universe, which makes us curious about where the story can go from here. With so many questions yet answered, there are a number of possibilities and directions where the writers can take us on our next adventure.

Rear More: Secret Headquarters Ending, Explained: What Happens to the Source and Argon?