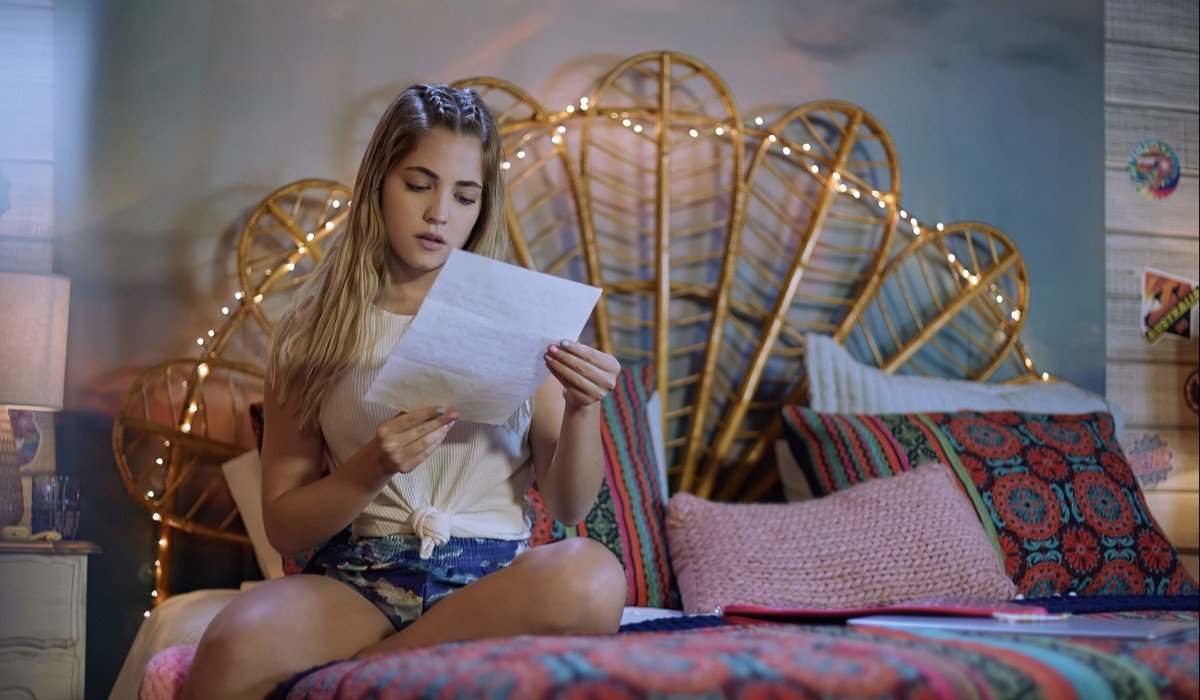 ‘Secrets of Summer’ AKA ‘Cielo Grande’ is a Spanish teen drama TV series on Netflix. It follows Steffi, a young Mexican wakeboarding athlete, who arrives for a prestigious competition at the Argentinian resort Cielo Grande. Apart from the sporting event, she also aims to uncover her family’s deep secret that lies hidden in the resort. Soon, Steffi finds a sense of belonging with the volunteers, especially Luz. Over the summer, the group navigates the waters of teen romance and friendship while tackling rivalries and family dynamics.

The show’s debut season has received high appreciation from both audience and critics alike for its engaging storyline, the intricate portrayal of parent-child relationships, and the refreshing performances of the cast members. Thus, fans must be curious to know whether they will be able to see their favorite characters embark upon adventures again. If you are wondering the same, we’ve got your back. Here is everything you need to know about ‘Secrets of Summer’ season 2!

Now, here’s everything we can divulge about the second season! The makers have not yet made any official announcement about the show’s return for another season. However, there is a strong possibility of at least one more outing of the show, given its massive popularity among fans that has resulted in high demand for more seasons.

In addition, the riveting ending of season 1 indicates that there is room for the narrative to be extended further as well as story arcs that need to be addressed. Moreover, ‘Secrets of Summer’ may likely follow the trend of several other teen drama TV shows on the streaming platform that have had at least two or more seasons; these include hit TV series such as ‘Sex Education,’ ‘Elite,’ and ‘Outer Banks.’

Keeping all the above factors in mind, Netflix might give the nod to the potential second season in the coming months. Its availability depends upon the time taken for production, the availability of the actors, and the release schedule set by the network. In case everything works accordingly, ‘Secrets of Summer’ season 2 may arrive sometime in Q1 2024.

Secrets of Summer Season 2 Cast: Who can be in it?

If season 2 does happen, Pilar Pascual and Abril di Yorio will reprise the roles of Steffi and Luz. Almost all the members of their young friend group, including Guido Messina (Julian), Luan Brum (Charlie), Thais Rippel (Nati), and Victor Varona (Tony), are most likely to return for the second installment. Furthermore, Giulia Guerrini (Natasha), Byron Barbieri (Ian), Francisco Basbus (Ron), twins Juan and Fernando Monzo (as themselves), Agustín Pardella (Noda), and Mariel Percossi (Matrix) are also expected to come back. Apart from them, new cast members may appear as new characters too.

Secrets of Summer Season 2 Plot: What can it be About?

Season 1 follows Steffi reading a mysterious letter from her estranged mother about her father’s secret and arriving at Cielo Grande with her best friend, Tony. There she decides to participate in Summer Crush, a revived wakeboarding competition that her father used to attend. Steffi befriends Luz, a young volunteer who works as a photographer each summer at the resort. Both the girls realize that they are connected through a photograph of a young woman that Luz carries. Meanwhile, Luz begins dating Tony, and her childhood buddy Julian finds love in Steffi.

The young couples and their friends aim to renovate and relaunch the resort’s karaoke bar Sky Vibes and start bonding with each other. On the other hand, Steffi’s father and brother —  Ron and Ian — arrive at the resort to check on her. After delving deep, Steffi realizes that the woman in the photo is Luz’s mother, Cynthia. It is further revealed that the girls are biological sisters and that Cynthia was forced to leave Steffi with their father Ron by his parents. The family reunites following a series of intense confrontations and begins gearing up for the Summer Crush.

However, things take a nasty turn when Steffi’s rival Natasha arrives and creates trouble for her. On top of that, the resort is on the verge of closure due to debt, and the friends struggle hard to save it. As the season ends, Natasha wins Summer Crush by unfair means, and the criticism for that makes her plan to get back at Steffi by contacting a mysterious person named Oliver. The group finally saves Cielo Grande, and Steffi decides to stay back with her mother and Luz. Lastly, Nati develops a crush on Luz but refrains from telling her.

The potential sophomore season will pick up from the events of the season 1 finale and reveal Natasha and Oliver’s motives against Steffi and how the latter tackles them with Julian’s support. It shall also depict whether Luz gets to know of Nati’s feelings and how it impacts their friendship. Moreover, the possibility of a reconciliation between Ron and Cynthia may be explored.