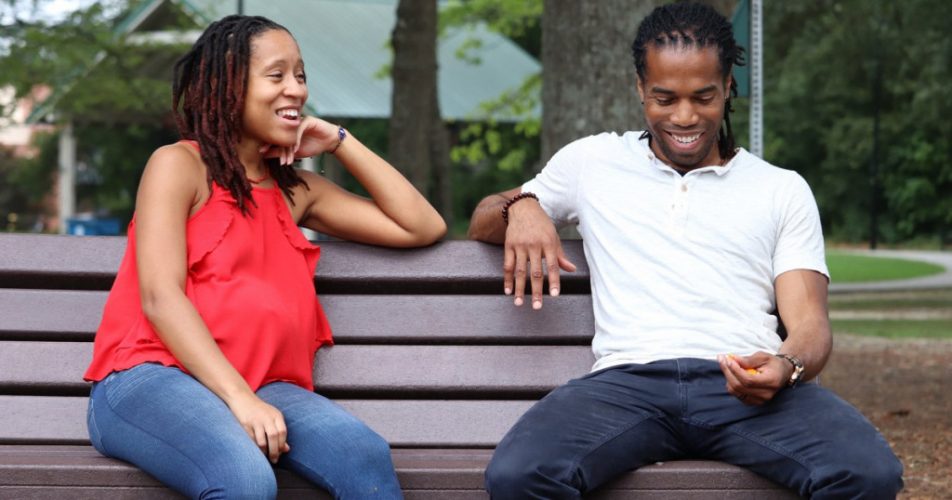 ‘Seeking Sister Wife’ is a reality television series which first aired on TLC 14th January 2018. The show centers around families who follow a polygamous lifestyle. TLC channel has brought various shows like ‘My Five Wives’, ‘Sister Wives’ and more, but ‘Seeking Sister Wife’ is a unique series. The show portrays the way love is understood and communicated in a polygamist family. This series is different from those in the category and showcases three families, the Alldredges, the Brineys, and the Snowdens. The show also features families who have recently added a new wife to the family or are searching for new wives. The new wives have to face challenges while adjusting to their new family.

‘Seeking Sister Wife’ attempts to document the lives of three different families who have to go through various phases of dating, seeking, getting married and then bringing a new sister-wife into their lives. Through the phases of polygamous relationships, the show gives us an insight into the frustrations, heartaches, and changes in the emotional behavior of families and sister wives. The show isn’t negative; the families are very down to earth and open up their hearts and the world for the new wives.

Seeking Sister Wife Cast: Who is in it?

Seeking Sister Wife Plot: What is it about?

If you ever thought that polygamy was easy and just fun and games, this show will make you think again. Picture a polygamous family like a really extended family where everyone’s opinions have to be given equal importance and egos might get easily frayed if the members do not get the attention or importance that they feel they deserve. This show captures exactly that as it documents the lives of three unique families who are in their own stages of looking for, dating or transitioning a new wife into their lives.

In the first season of ‘Seeking Sister Wife’, the Snowdens, the Alldredges, and the Brineys are looking for a new sister wife. The Brineys settle down at one place after bringing their third wife. The family tries to adjust with the newly added member. April, Auralee and Angela Bringey get into trouble after the arrival of the new sister wife. Drew and April Briney celebrate their anniversaries. Later on, the three wives go camping to calm the tension among them. April leaves Utan and threatens to destroy the whole family.

The Snowdens begin their search for a new wife. Snowden meets someone online and worries about how his family will react. They finally get a chance to meet their sister-wife face to face whose name is Joselyn. They meet Joselyn and see if she is cool with sleeping with Dimitri. Ashley finds a new sister wife and weighs whether Jakira is suitable for their family or not. Alldredges look for their third addition on social media. They meet Melina and decide whether to make her part of their family or not. Later on, they focus on Vanessa’s pregnancy where she has to go through a very risky surgery. In the last episode, Melina communicates her final decision to Alldredge. “Am I still afraid?” she writes, and Alldredge has her reply.

Season 2 continues in the same vein but the show misses out a chance to portray another side of polygamous relationships. The Briney family is struck by tragedy as one of the wives decides to go away with the kids and break all ties with the polygamous family. The amount of pain that the family goes through when they are left behind might have been an eye opener, but would probably have come across as too heavy for the content the channel was trying to portray. We hope Season 3 seeks to explore a little more of the troubles or cons of what happens when one of the sister wives feel dissatisfied within the family since it will provide a more holistic look at the various aspects of a polygamous relationship.

‘Seeking Sister Wife’ is ultimately an exploration of those who choose to lead a different kind of lifestyle and the show not only explores the family dynamics but also puts the beliefs and choices of these polygamous people under the microscope. We get a closer and better look at how or why these people felt it was their calling to lead a polygamous lifestyle when monogamy remains the socially accepted norm. Not only that, but the show also takes a smart turn in giving us the perspective of the new sister wives who are about to join the family and we are made privy to the discomfort or the awkwardness they might be going through before committing themselves to this sort of a relationship and family unit. However, the best angle that the show might have taken is to also provide the view of how outsiders or non-practitioners of polygamy look at such families. It is no secret that polygamy is often considered detrimental to the family unit and such relationships are looked upon with disdain. This range of human emotions is mirrored from disbelief to joyful acceptance from outsiders and portrayed beautifully in the show.

Seeking Sister Wife Season 3 Release Date: When will it premiere?

Season 2 of the Seeking Sister Wife premiered on 30 January, 2019. As far as next season is concerned, it seems likely that ‘Seeking Sister Wife’ will return for Season 3 sometime in 2020 since the first two seasons also released within a year of each other. If the release time of Season 1 and Season 2 have been any indicators, Season 3 will likely follow the same pattern and release in January, 2020.

The ‘Seeking Sister Wife’ Season 3 trailer has not released yet. You can watch the preview of season 2 below.