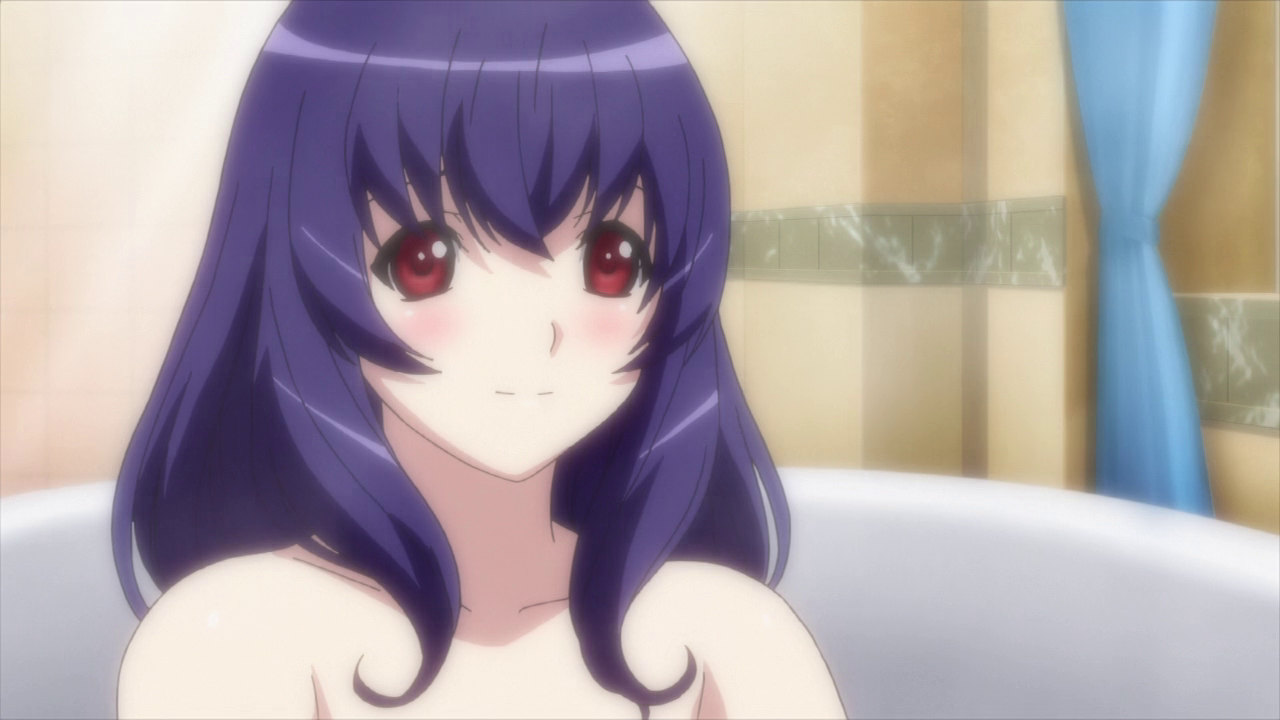 Some anime shows are just so strange that even for a regular anime viewer, they may come off as way too absurd. ‘Seikon No Qwaser’ exactly fits that description and that’s pretty much the reason why I would never recommend it to someone who is new to the world of anime. As the show progresses, it only gets weirder and the concepts that it presents are extremely unique. Now being different can either be for the better or for the worse but regardless of that, this anime somehow keeps you engaged as a viewer and in the end, leaves a lasting impression.

Anime like ‘Prison School‘ have a lot of fanservice but still, all of it just fits right in with everything that its story has to offer; ‘Seikon No Qwaser’ is pretty much the same and though it has a whole lot of nudity, the Ecchi in it is not meant to turn you on. The creepiness of ‘Seikon No Qwaser’ will scare most viewers away but those who manage to accept it for what it is will certainly enjoy it. The show is definitely not suitable for everyone’s taste, but an experienced viewer will be slightly more prepared for its weirdness. At the end of the day, the sole reason why we watch anime is mostly for entertainment and not even for a minute ‘Seikon No Qwaser’ fails to offer that. So if you’re planning to start watching it, don’t keep too many expectations, only then you won’t be disappointed. Those who have already seen it and are hoping to get another season of its bizarreness, we might have some news for you in the next section.

Seikon No Qwaser Season 3 Release Date: When will it premiere?

Despite being a fan-service anime, ‘Seikon No Qwaser’ was doing fairly well in Japan and back then, the possibility of getting a new season seemed quite high. Even the manga was being consistently released after the anime had ended; which means that a lack of source material was never an issue. After how season two ended with a cliffhanger, many fans were almost sure that there will be a season three. But strangely, it has been close to 8 years now since the second season came out and we still have not heard anything official about its renewal. While there is still a little hope, I wouldn’t recommend any fans to anticipate it as the chances of getting a new season seem to be very low now. Even then, if there is any news regarding its renewal, or ‘Seikon No Qwaser’ Season 3 release date, will update it right here in this section.

As of now, ‘Seikon no Qwaser’ is not available on any legit streaming platforms but you can still stream it on other non-official streaming services.

‘Seikon no Qwaser’, also written as ‘The Qwaser of Stigmata’, revolves around the St. Mihailov Academy where everyone is gripped with a series of murders that have taken place. All these murders have one thing in common – the victims were all young women. It has left everyone wondering who could actually be behind all of these killings and who would be the next victim of the cold-hearted serial killer?

Adopted sisters Mafuyu Oribe and Tomo Yamanobe are constantly harassed at school and after another day of this torture, they run into an injured man. Being the kind-hearted girls that they are, the two take him back home to help him recover. The same night, Mafuyu becomes the next victim of the serial killer but to her surprise, he does not ask for her life and instead, asks for an icon that belongs to Tomo’s father.

Soon after this, Sasha, the man rescued by the girls, gains his consciousness and somehow saves Mafuyu from the serial killer. He tells them that he is a Qwaser and by using his powers, he manipulates iron to form a giant scythe to slay the serial killer and kill him. The very next day, Sasha ends up joining the same school as the girls and this is where things start to get even more interesting.

Tomo Yamanobe is one of the main characters of the series who is the daughter of St. Mihailov Academy’s last dean and is also Mafuyu’s best friend. She has shoulder length blue hair and crimson red eyes. She’s really curvy and is also portrayed as a physically weak character. She is the exact opposite of Mafuyu and is usually one of those few people who choose peace over conflict. She’s very soft-spoken and has a heart of gold. Every time someone needs any kind of help, she is always the first one to get there; but people exploit her innocence at times.

Mayufu is another main character of the show who is an adopted child and also a self-proclaimed protector of Tomo. She is a professional kendo master and always carries a wooden sword with her. On a daily basis, she is picked on, along with Tomo, by all of her classmates after their father disappears. She is an ordinary girl with shoulder length red hair and purple eyes. She is usually seen in her school uniform and along with that, she keeps her kendo sword. She is very strong willed and when she gets her mind on doing something, she goes ahead and does it. She is also very cheerful and loves helping others. Though she easily gets embarrassed, she has a shameless kinky side that comes out when she’s with Sasha.

Ekaterina, also known as Katja, is a very strong Russian Qwaser who has the ability to control the element of Copper. She joins the St. Mihailov Academy much later as a transfer student from Russia. She maintains a very gothic look and has her long blond hair tied up in long ponytails with black tape all over. She has a weird sense of style but she is still awed by other girls who find her really cute. Knowing about how most people perceive her, she pretends to be shy and innocent in public. She even refers to herself as a third person to further add to her cuteness. But this fake innocence is just to lure lesbian women towards her so that in private, she can dominate them and show her true colors.

Hana is another student at the St. Mihaliov Academy who has a very petite stature and sports a short chin-length orange-brown hairstyle with dark brown eyes. She seems to be a fairly ordinary student who gives others a very hard time. But all of this is just to put a mask on her true pedophilic nature. Despite this, she is surprisingly a very pleasant person and also truly cares about her friends.

Alexander Nikolaevich Hell, more commonly referred to as Sasha, is the main protagonist of the show who is known to be the Qwaser of Iron. He is a white-skinned boy with ghostly silver hair and deep blue eyes. He has a really kind heart but to hide this from everyone around him, he purposely acts all rude and stubborn. He seems to only care about the women around him and displays a tsundere cold attitude towards everyone else.

Teresa appears to be a nun as she only wears a long nun-like black colored gown. She seems to have a very stoic personality and is seen with the same blank expression at all times. There are moments when she is also willing to give up on her own happiness just for the welfare of her own friends. She is also quite shy and gets embarrassed very easily. Being an extremely skilled marksman, she proves her skills when she frees Hana from her chains just by using a bow and one arrow.