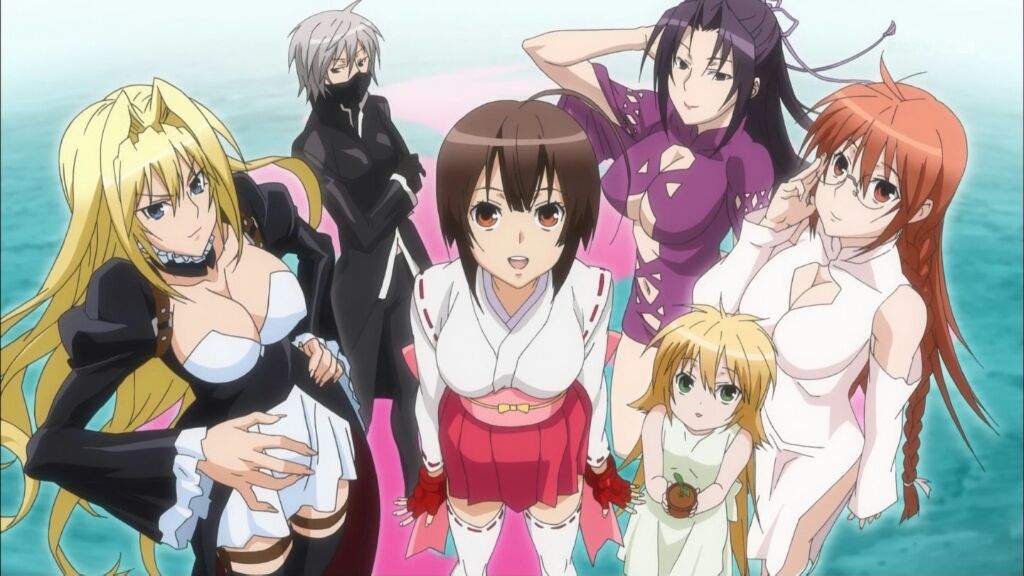 Sekirei is a Japanese fantasy romance anime television series by Seven Arcs studio which is based on a manga series of the same name. Written and illustrated by Sakurako Gokurakuin, the manga series was first published on January 30, 2004. It had a great run, and the series came to an end more than a decade later on March 16, 2018. A few years after the initial publication of the manga series, it was picked up to be made into an anime television series.

Subsequently, on July 2, 2008, Season 1 of Sekirei first made its way to viewers’ screens. It was an immediate hit among fans of the manga series and new viewers alike, and was soon renewed for a second season. A couple of years later, Season 2 premiered on July 4, 2010, and since then, fans have been waiting for news on a third season. Here’s everything we know about the prospects of Season 3 thus far.

Sekirei season 2, titled Sekirei: Pure Engagement, premiered on July 4, 2010, and the season finale was aired on September 26, 2010. Although nearly a decade has elapsed since then, a third is has not been officially announced yet.

However, an anonymous user who claims to work at the Seven Arcs studio recently claimed that the studio had plans to make a third season. The user also released a set of jumbled numbers, challenging fans to solve the puzzle and figure out the release date. If the rumors turn out to be true, our best guess is that Sekirei season 3 release date could be sometime in 2020 or 2021.

That being said, we would advise you to wait for an official confirmation before getting your hopes up. The reason is that nearly a decade has passed since Season 2 premiered, and it’s extremely rare for an anime show to get renewed after such a long period. We’re keeping our ears open for reliable news on Season 3, and we’ll update this section as soon as he hear something.

The English dub of ‘Sekirei’ is available on Amazon Prime.

The show is set in Tokyo in 2020 and follows a brilliant 19-year-old by the name of Minato Sahashi. Despite his brilliance, when Minato fails his college entrance examination twice, he is shunned by his friends and family, who all deem him to be worthless. While Minato starts sulking thinking about the bleak future ahead of him, his life is changed dramatically when a beautiful young woman called Musubi literally falls from the sky and enters his life. Musubi’s explosive arrival leaves Minato bewildered, but Minato soon discovers that Musubi is one of the 108 “Sekirei”, beautiful extraterrestrial humanoid women doomed to a rather brutal fate wherein they have to fight one another. Sekirei are also known to seek out humans with the Ashikabi gene, and once a Sekirei kisses such a human, she awakens latent powers in him.

Recognizing Minato’s potential, Musubi thus kisses him, creating an unbreakable bond between between the two of them. Before Minato can even come to terms with the recent series of events in his life, he is transported to the high-stakes world of the Sekirei, wherein the Sekirei and their human Ashikabi partners must battle each other for survival and supremacy in a battle royale called the “Sekirei Plan”. Thrust into this violent world, Musubi and Minato must put in their best efforts to survive. However, unbeknownst to them is the fact that there’s something far more sinister lurking behind the Sekirei Plan.

As the show progresses, Minato and Musubi reach the second stage of the battle royale, by which point Minato has a harem of Sekirei ready to fight for him. As Minato, Musubi, and the others continue their fight for survival, they come to know that the “Single Numbers”, the most powerful type of Sekirei, have entered the fray too.

Sekirei has dozens of characters, and a handful of these characters are considered to be central to the show. Below, we’ve given you a brief background on each of the main characters.

Minato Sahashi: The main male protagonist of the show, Minato is a brilliant 19-year-old student. Despite his brilliance, however, he struggles to perform under pressure, and as a result, he fails his college entrance exam twice. Following his failure, he is snubbed his friends and family, and he lives alone in Tokyo with no one to call a friend. However, Minato’s life changes completely when a Sekirei called Musubi falls from the sky and into his life. When Musubi makes Minato his Ashikabi, the two forge an unbreakable bond and have to battle other Sekireis to stay alive. This of course, is done in secret, and Minato has to maintain a pretense of normality to the outside world. Minato is shown to be an extremely intelligent and observant lad, and his intellect allows Musubi and his other Sekirei to make use of their abilities to the fullest during battle.

Musubi: The main female protagonist of the show, Musubi is one among the 108 Sekirei. She comes into Minato’s life by literally falling out of the sky, and makes him her Ashikabi by kissing him. Musubi is Minato’s first Sekirei, and is shown to be positive, yet naive person, who is the most childish among all of Minato’s Sekireis. A power-strength-type Sekirei, Musubi is extremely adept at close quarters combat can always been seen wearing heavy combat gloves. She is pretty skilled at martial arts, and her attacks are augmented by her ridiculous strength.

Kusano: Another main character in the show, Kusano is Minato’s second Sekirei and calls him “Onii-chan” which means older brother. Kusano is childish and does not like fights at all, and can often be seen trying to stop fights. As far as her powers are concerned, Kusano has power over plants and can make them grow.

Matsu: Minato’s third Sekirei, Matsu is a computer genius and hacker who has an entire network of satellites and spying devices at her command. As a result, she is able to gather vast amount of information, which often proves to be crucial during battles. Owing to her abnormally high intellect, Matsu refers to herself as the “Wisdom Sekirei”, and she serves as Minato’s unofficial strategist. Despite being a nerd, Matsu can be extremely perverse and often spies on people using the gadgets at her disposal. For this reason, Matsu and his other Sekirei call her the “Shameless Sekirei”.

Tsukiumi: Minato’s fourth Sekirei, Tsukiumi first contacted Minato through his dreams, threatening to kill him. When she met Minato however, the 19-year-old managed to convince her to become one of his Sekirei. Tsukiumi can often be seen claiming to be Minato’s legal wife, much to the displeasure of Musubi, who also aspires to be his wife. As far as Tsukiumi’s powers are concerned, she has power over water, and is the most aggressive among Minato’s Sekireis.

Read more in anime preview: No Game No Life