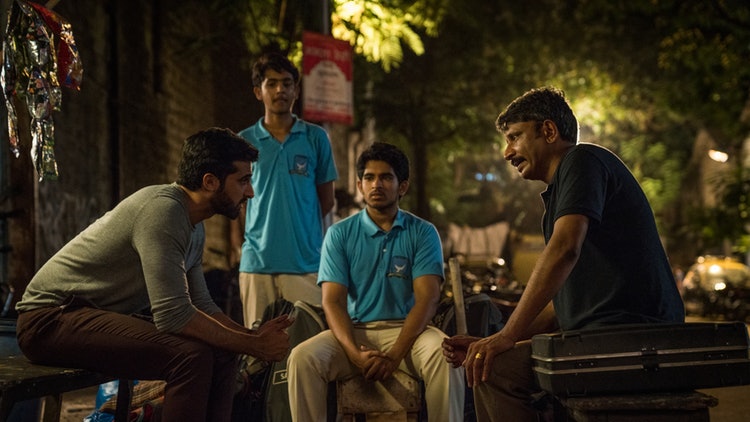 ‘Selection Day’ is another show in a series of investments made by Netflix in Indian stories. It is an original sports web television series that first premiered on 28 December 2018. The series is an adaptation of Arvind Adiga’s award-winning book of the same name. The show has been written for Netflix by Marston Bloom and directed by Udayan Prasad. Anil Kapoor Films & Communication Network and Seven Stories Ltd. are the companies backing the project, while veteran Indian actor Anil Kapoor is on board as an executive producer along with Anand Tucker.

The series is part of an effort by the streaming giants to reach to a wider audience. This comes in direct competition with Amazon Prime, who won the heart of the country with their own series, ‘Inside Edge’, that starred Vivek Oberoi in the main role. Netflix in its official introduction of the show wrote: “When a 14-year-old boy tries out for Mumbai’s under-19 cricket team and meets his older brother’s rival, everything in his world begins to change”. With cricket set to be the center of attraction, the show is obviously a success and a hit with the Indian audiences where the sport is almost like a religion.

Selection Day Cast: Who is in it?

Hopefully, these members will all return in the upcoming season, and their presence will be enriched by the addition of new characters, who are going to make this slow burner all the more interesting.

Selection Day Plot: What is it about?

The plot of ‘Selection Day’ is centered around Radha and Manju, the two brothers who show potential in cricket. Radha, however, shows greater talent on the field. Their father, who decides to hitch his dreams on his children’s lives, as many Indian parents do, decide to take his sons to Mumbai in hopes of getting selected to play in the local leagues. While this is one of the storylines, the other side explores their headmistress encouraging them to discover and express themselves. This is where the conflict arises for the boys as they are torn between pleasing their father and going out and doing something they want to. Make no mistake, the boys continue on their cricketing journey, and yet they fail to find a foothold in Mumbai.

What really stands out about the show is the depiction of India and the treatment of the character of the father. If you have seen Danny Boyle’s ‘Slumdog Millionaire’ you will see India being seen through a certain gaze, the outsider’s gaze, which often focuses on and exoticizes, even fetishizes the poverty. What better place to do so, than in Mumbai, which has some of the worst slums in the world.

‘Selection Day’ in its attempt to be gritty gets too caught up in the poverty-stricken nature of the entire narrative, so much so, that it surpasses realism and becomes exaggeration. The character of the father really does not do justice to the acting prowess of Tailang, who is shown in a rather unidimensional manner of being extremely harsh, selfish, and bent on realizing his dreams through his children. While many would say that this is how Indian parents are, it would still be good to see some character development as the boys try to find their way in Mumbai. This brings us to the next aspect. The plot is driven by several moments of acts of god, which serves to propel the story forward. Suspension of disbelief is one thing, but ‘Selection Day’ manages to miss the spot spectacularly, when it comes to the narrative progressing in a realistic manner. Perhaps, the director could have done a better job at portraying Mumbai’s poverty instead of harping on it and could have driven the story better.

As the show progresses, we see the boys slowly beginning to gain a degree of leverage, and the slow burner turns to somewhat of a surreal tale. Viewers, however, have another takeaway from the show that does not really hold up to the standards of other Indian Netflix originals like ‘Sacred Games’. The takeaway here is how important cricket is in the country, and how the sport is seen in the country an opportunity for socio-economic upliftment. It is not that the father loved cricket or was passionate about it. He saw his boys had the talent and decided to capitalize on it.

Hopefully, in the upcoming season, the show will allow its characters to develop a bit more, as they already began to do in the sophomore season. As this happens, we hope to see the boys take the center stage, and maybe a change of heart will come about in the father. We also expect more of the rivalry and politics that is entwined with cricket in India, to be portrayed on the show.

Selection Day Season 3 Release Date: When will it premiere?

‘Selection Day’ Part 2 of season 1 premiered on April 19, 2019. As far as the next season goes, we don’t have an official announcement yet. Though considering the popularity of the show, we would be surprised if it doesn’t get another season. Our best guess is that Selection Day season 2 can release sometime in 2020. We will update this section as soon as we hear more.

While we wait for an update on season 2, check out the part 2 trailer to refresh your memories. You can watch all the episodes of previous season on Netflix.