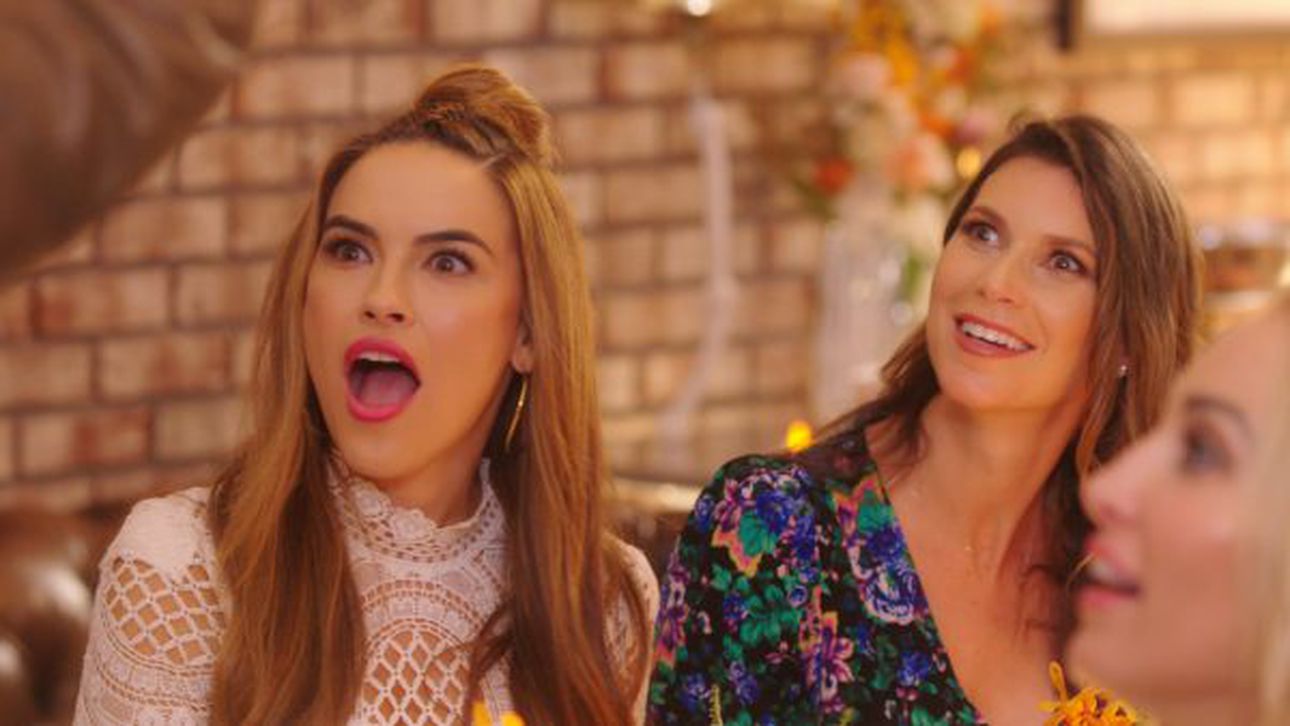 ‘Selling Sunset’ on Netflix follows the high-end real estate agents of The Oppenheim Group. As they sell stunning properties to the rich and famous, there is a lot they deal with on the personal front as well, and this reality series covers it all. Created by Adam DiVello, the real-estate show first premiered on March 21, 2019.

It was reported that the series was nominated for a Primetime Emmy Award for Outstanding Unstructured Reality Program. The gorgeous properties are the main attraction, but the series also provides a heavy dose of drama stemming from the lives of its cast members, most of whom are actresses or models-turned-real estate agents. So, we can see why the fans are hooked to the show. If you have been waiting to hear the news about the potential season 4, you need not wait any longer. We have all the details you have been looking for!

‘Selling Sunset’ season 3 released in its entirety on August 7, 2020, on Netflix. The third season has eight episodes, with a runtime of 29-36 minutes each.

With regard to the fourth installment, we’ve got exciting news. On March 10, 2021, it was announced that the show received an order for seasons 4 and 5. The production saw some delays, but as per the updates shared by the cast members, the fourth season began filming in May 2021. Mary Fitzgerald revealed in one of the interviews that one season takes about six months to finish production, which means that there is a chance we might see the new season in 2021. If the production continues without any hurdles, the fans can expect ‘Selling Sunset’ season 4 to release sometime in late 2021.

Selling Sunset and Bling Empire have both been renewed for new seasons!

Anyone else think they should do a crossover where Anna goes to one of Chrishell’s open houses? pic.twitter.com/MGDgvs6cYK

The fans have quite a bit to look forward to even after the fourth edition hits the screen. Apart from the much-anticipated season 5, there are talks about other spin-off series. Netflix has confirmed ‘Allure Realty,’ which is already in the works. Moreover, Jason Oppenheim seemed to entertain the idea of Maya Vander’s concept for a Miami-based spin-off called ‘Selling South Beach.’ Additionally, Christine Quinn expressed her interest in doing a solo spin-off. However, the ideas for the two shows have not been discussed formally.

Most of the main cast members are set to return for the upcoming season. They are Chrishell Stause, Mary Fitzgerald, Amanza Smith, Christine Quinn, and Heather Rae Young. Putting an end to the rumors and confirming Jason Oppenheim’s statement, Brett will be back for season 4 alongside his twin brother. We might also see Mary’s husband, Romain Bonnet; Christine’s husband, Christian Richard; and Heather’s fiancé, Tarek El Moussa in the fourth cycle.

In addition, Maya Vander had moved to Miami during the pandemic. Despite that, it seems that she will continue to be a part of the series, but possibly in a limited capacity. Davina Potratz left the Oppenheim Group to work for Douglas Elliman in Beverly Hills, although she will reportedly continue to appear in the fourth season. Vanessa Villela and Emma Hernan have joined the Oppenheim Group, making them the newest cast members. Vanessa is a former novella star and Emma is a former Sports Illustrated model.

What Can Selling Sunset Season 4 be About?

The reality series revolves around the real estate agents at the Oppenheim Group, but their personal lives spice things up on the show. In the third season, Christine and Christian’s wedding was one of the highlights. In contrast, Chrishell had a hard time due to her divorce to the ‘This Is Us’ star, Justin Hartley.

However, a lot has happened in the lives of the cast members since we last saw them in season 3. In an interview in July 2021, Mary admitted that season 4 is packed with a lot of drama, so much so that she would be surprised if the cast members are able to move past it. In season 3, Maya pitched the idea of setting up an office in Miami. That conversation might be picked up again in the upcoming cycle. Christine welcomed a baby boy in May 2021, and her journey as a new mother could offer a new spin on her interpersonal relationships with her castmates. Moreover, Chrishell and Jason have made their romance public. So, exciting things are coming up!