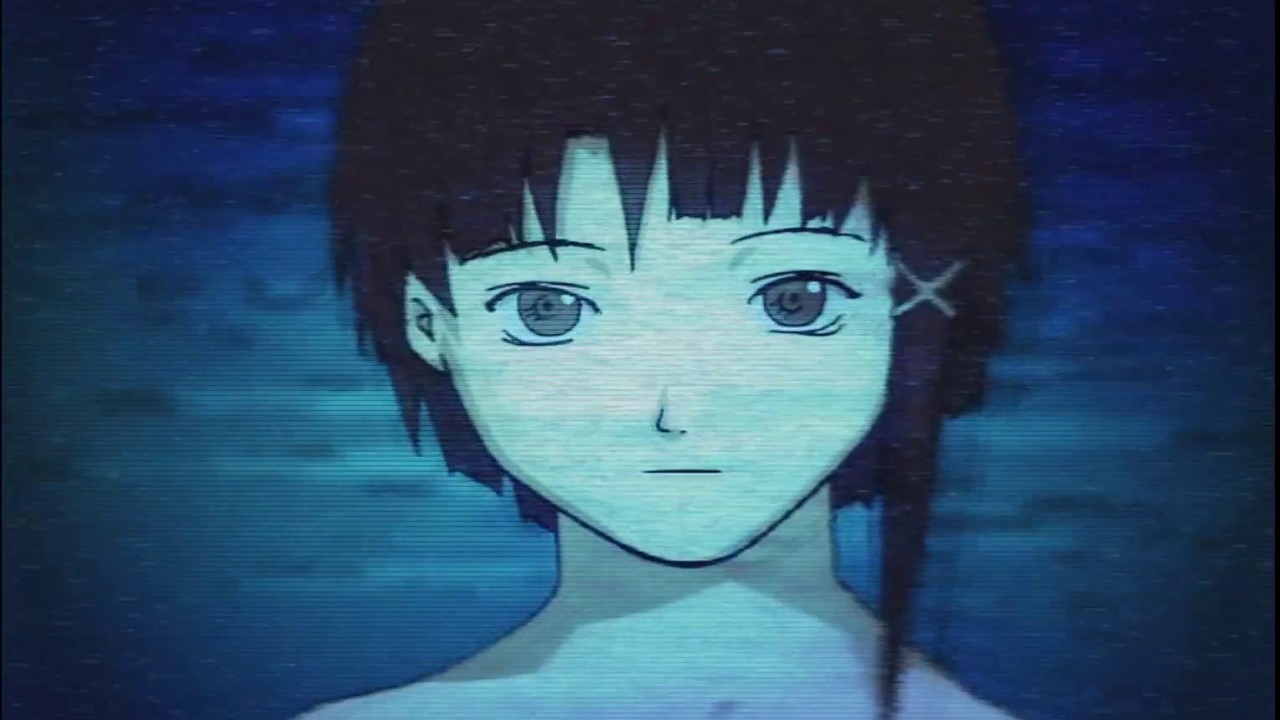 Some anime are solely made for the purpose of entertainment and then there are others that stretch far beyond the boundary of a normal human being’s imagination. ‘Serial Experiments Lain’ is an anime that hides amongst all the so-called classic shounen of the 90s. But anyone who has seen this show will know that more than most others, it deserves to be a called a true classic as it proves that anime as a medium can be used for portraying ideas that are both entertaining and insightful at the same time. While its story’s progression is slightly out-of-order, the way it has been executed is just perfect. In fact, the focus never really goes onto the main story and instead, it stays more on the atmosphere and characters involved in it. It’s more or less a form deep study that revolves around the main protagonist and only moves forward with the character.

The art is very different from what you would see in a traditional anime and can be a little off at times. But considering that the anime comes from a lesser-known studio of the 90s, this flaw can be overlooked. If you’re a big fan of high-quality animation, then ‘Serial Experiments Lain’ could be a bit of a bumpy ride for you.

When it comes to the sound department, the anime is very minimalistic and barely has any background scores. Even dialogues seem scant yet extremely significant and impactful. A lot of silent moments are also left here and there for the interpretation of the viewer and a lot of times, even the emptiness of the show speaks for itself. Overall, ‘Serial Experiments Lain’ has one of the deepest and relevant characters out there and can only be viewed with an open mind. For its time, it’s truly a revolutionary anime and provokes an endless number of discussions even with its short 13-episode runtime. So before you start watching it, just make sure that you prepared to see something that you have never seen before.

Serial Experiments Lain Season 2 Release Date: When will it premiere?

‘Serial Experiments Lain’ season 1 premiered on July 6, 1998 and went on till September 28, 1998. During this span, it aired a total of 13 episodes with each one of them being 23 minutes long. Since the anime is an original, it is not bounded by the constraints of any source material. This means that its creators can revive it anytime they want. The show was also quite popular back in the day and even to this day, it is considered to be one of the psychological mystery anime ever made.

But simply by looking at its release date we can confirm that season two is not at a possibility. If the creators of the show had any plans of renewing it, they probably would’ve done it by now and they would surely not wait for two whole decades for it. At this point, even a remake of the anime seems very less likely since the hype around it has almost faded by now. So it is pretty obvious by now, that we will never get to see ‘Serial Experiments Lain’ season 2.

The English Dub of ‘Serial Experiments Lain’ is available on Funimation and you can also find its original Japanese audio with English Subtitles on the same streaming platform.

‘Serial Experiments Lian’ centers around an introverted 14-year-old girl named Lian Iwakawa. She, along with many other girls of her school, receives a very disturbing e-mail from her classmate, Chisa Yomada, who had recently committed suicide. Lain is quite naive when it comes to handling technology but as soon as she opens up the email, she transferred into a whole new world called “Wired” which is a virtual world full of various sources of communication; pretty much like the internet. Here she faces several cryptic mysteries and is always followed around by men who are dressed in all black. Strangely, these men seem to know more about her than she knows about herself. Soon the boundaries between reality and the cyber world start to diminish and her own self-identity and perception take a whole different meaning.

As she plunges deeper into this surreal world, she must make bold choices that will eventually determine the fate of both the Wired and the real world.

Lain Iwakura is the only main character of the series who is a 14-year-old school girl. She has symmetrical shirt brown hair and overall petite stature. She is a shy and introverted girl who likes possessing childish objects like toys. She is able to somehow derive enjoyment and comfort from these possessions and turns to her special blanket when she feels scared. While talking to others in her school, she fails to make eye contact and is never able to speak too fluently. She also takes long pauses during her speech and gets really uncomfortable when she is asked a lot of questions. Unless she is spoken to, she completely avoids opening her mouth and hates being the center of attention. Because of her extreme introversion, she has very few friends but when she’s online on the internet, she is easily able to interact with people, although she does not feel close to any of her online friends. To most other students in school, she might seem very disconnected and I different to everything around her, but she is actually very sensitive and spends a lot of time thinking about how others look at her. She has a deep underlying fear of rejection that is the root cause of most of her insecurities.

She has no close family or friends and because of that, she can get very deeply attached to anyone gives her the slightest attention. This attachment can also easily turn into obsession as she feels that even the people who talk to her might eventually leave her. Even if one person leaves her, she starts questioning the loyalty of others who are with her and tries her best to keep them. When terrible things start happening to the people around her, she feels very emotionally disturbed and cries her eyes out. When she’s alone all by herself, her own insecurities start haunting her and she becomes her own biggest critic. She tries to distract herself by focusing on things she’s interested in which includes programming or reading about psychology. If she is left alone for extended periods of time, she becomes extremely depressed and might even reach a point where she considers suicide as an option.

She has impressive learning abilities and is able to consume information at superhuman speed. She’s pretty much of an expert when it comes to software and hardware and when she decides to learn something new, it does not take her too long to master the subject. Despite being so intelligent, she fails to pay attention in class and fails most of her subjects. Even for the bad things that are not under her control, she tends to completely blame herself and gets depressed for no reason at all. And because of all the complex situation around her, she fails to find her true identity.

Read More in Anime Preview: When They Cry | Arakawa Under the Bridge