A Series of Unfortunate Events Season 4: Renewed or Cancelled? 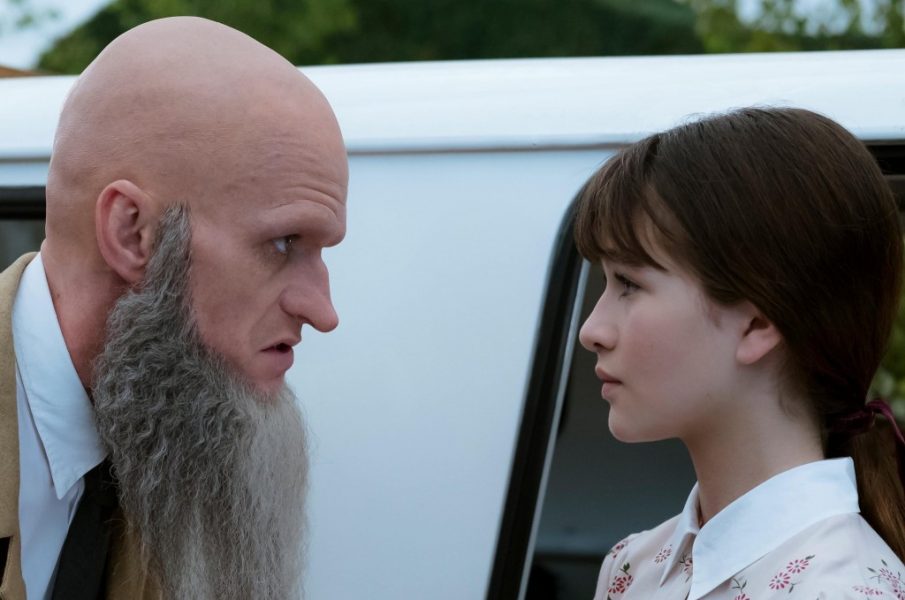 Created by Mark Hudis and Barry Sonenfield, ‘A Series of Unfortunate Events’ is a Netflix Original black comedy-drama show, based on the children’s novel series of the same name by Lemony Snicket. The show follows the adventures and misadventures of the three Baudelaire children – Violet, Klaus, and Sunny – who inherit a vast fortune after the death of their parents, Beatrice and Bertrand, and the destruction of their home. As the orphaned children shuffle between foster homes, they are pursued by their malicious distant relative, Count Olaf, who seeks to get rid of them in a bid to lay his hands on the vast Baudelaire inheritance.

The first two seasons released to widespread acclaim from critics and has created a large fan base. Season 1 of ‘A Series of Unfortunate Events’, consisting of eight episodes, premiered on Netflix on January 13, 2017. Within a couple of months after the release of Season 1, Netflix renewed the show for a second season. A year later, on March 30, 2018, Season 2 of the show, consisting of ten episodes, aired on Netflix. The final season of the show, Season 3, too, had also been announced in April 2017, and made its way to viewers’ screens on January 1, 2019. It has seven episodes.

A Series of Unfortunate Events Season 4 Cast: Who is in it?

Patrick Warburton reprised his role as narrator Lemony Snicket, while K. Todd Freeman made a comeback as the Baudelaire family banker, Arthur Poe. Some recurring cast members, who had earlier appeared in Seasons 1 and 2, did not make a comeback for Season 3. They include Will Arnett as Father, Cobie Smulders as Mother and Sara Canning as Jacquelyn. While no new major characters were introduced in Season 3, Maurena Baccarin made an appearance in two episodes as the Baudelaire orphans’ deceased mother, Beatrice.

A Series of Unfortunate Events Season 4 Plot: What is it about?

Commenting on the Netflix show, Harris has said: “We’ve intentionally been very truthful and factual and loyal to the books.” He further added, “We’ve added a few characters that aren’t in the books, we’ve added some songs that you probably couldn’t put into the books, but for the most part we’re sticking to the structure of what already worked.”

If you have read the books, the show might not have new surprises for you in the final season. However, Season 3 of ‘A Series of Unfortunate Events’ does lift the veil on what the mysterious piece of porcelain called the “sugar bowl” is, and what it contains. Readers of the book, thus, might want to watch the show as the nature of and the contents of the mysterious sugar bowl are never revealed in the book. Neither does Lemony Snicket provide any separate and clear-cut clue as to what the sugar bowl might be.

In case you have not read the books, the three seasons of ‘A Series of Unfortunate Events’ does not disappoint either. It’s a wonderfully-made bizarre and dry gothic comedy that does absolute justice to the books, and even adds more material without ruining the essence of the source material. The actors and actresses cast in the show slip into their roles seamlessly, and overall, the show is a treat for those who are interested in the dark comedy genre.

For perspective, Season 1 of ‘A Series of Unfortunate Events’ received a whopping 94% score on Rotten Tomatoes, based on an extensive 69 reviews. Season 2 also followed suit, clocking a score of 94% again. Finally, Season 3 turned out to be the cherry on top, and received a perfect 100% score on Rotten Tomatoes. The show also enjoys an overall rating of 7.9/10 on IMDb, based on 45,410 votes.

A Series of Unfortunate Events Season 4 Release Date: Is it happening?

Unfortunately for the fans of the show, Season 3 happened to be its last. There won’t be any further seasons of the show, unless some other network decides to reboot the show.

Seasons 1 and 2 of ‘A Series of Unfortunate Events’ made their way to viewers’ screens in January 2017 and March 2018, respectively, and it was initially rumored that Season 3 would be hitting viewers’ screens in spring 2019. However, Netflix followed the precedent set by Season 1, and released all episodes of Season 3 on the first day of 2019.

Despite being shorter in length than both Seasons 1 and 2, Season 3 stuck to the show’s emphasis on quality over quantity, and delivered a well-rounded watch. Not only was Season 3 well-made and on point, it also provided a fitting ending to the dark comedy series, and even went on to answer some of the lingering questions within the series’ lore. Given the show’s quality, it’s a must watch for both fans of the series and newcomers alike. Those interested in dark comedy should also give the show a watch.

The trailer for Season 3 of ‘A Series of Unfortunate Events’ was released by Netflix on December 10, 2018, less than a month ahead of the premiere of Season 3, which took place on January 1, 2019. Of course, now that the show has come to a conclusion, there will be no further releases or updates about it.