Servant of the People Season 4: Renewed or Cancelled? 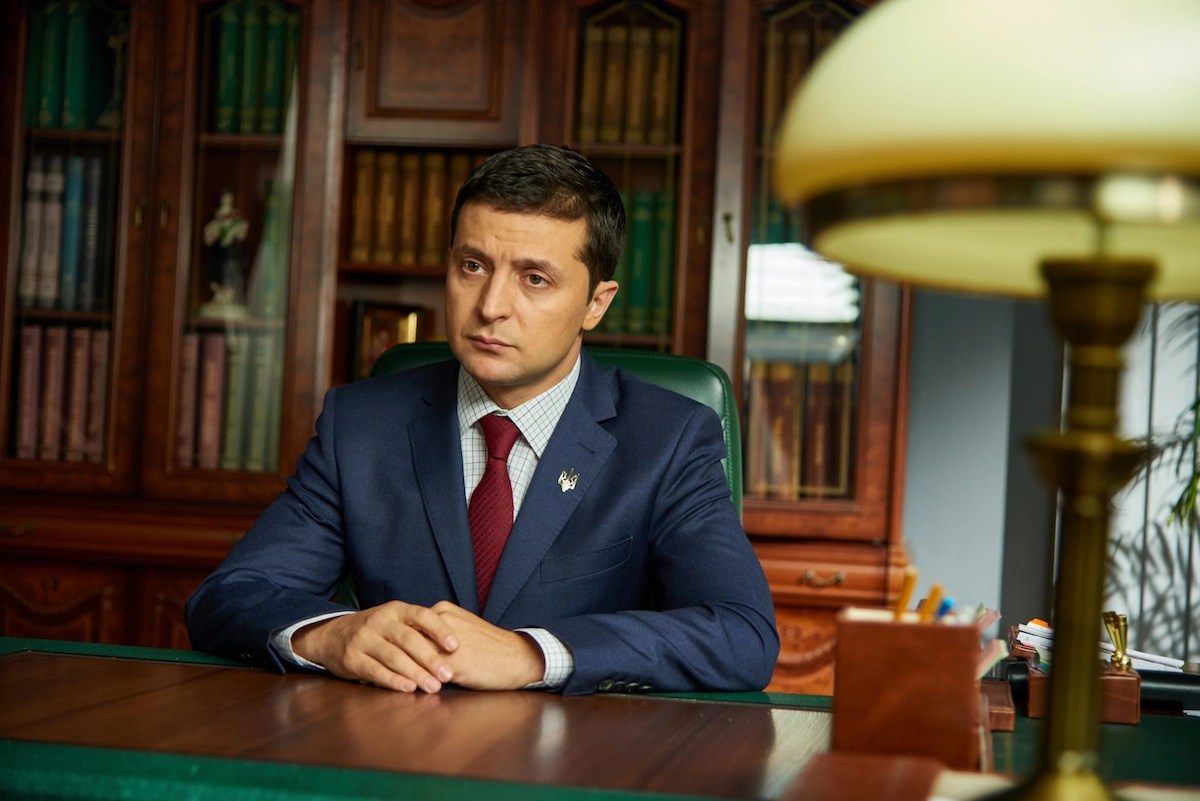 Created by Volodymyr Zelenskyy, ‘Servant of the People’ is a Ukrainian political satire show about a high school history teacher named Vasily Petrovych Goloborodko. One day, Vasily delivers an impassioned rant regarding the corruption prevalent within the country’s politics. A student records his rant and uploads it on YouTube, starting a series of events that end with Vasily being elected as Ukraine’s president. Despite his initial reluctance, the teacher-turned-politician buckles down to set things right.

The comedy show first aired on November 16, 2015, on 1+1 and gained popularity amongst viewers in Ukraine. Following its success in the home country, the show was added to Netflix’s streaming library in 2017. Thanks to its unique premise and relatable themes, the satirical drama has been embraced by the audience and critics alike. In fact, the show sparked a major change within the country’s actual politics, with Volodymyr Zelenskyy being elected as the country’s president in 2019. After watching season 3, if you cannot help but wonder if the show will return for its fourth outing, here is what you need to know!

Servant of the People Season 4 Release Date: Renewed or Cancelled?

‘Servant of the People’ season 3 released in its entirety on May 16, 2022, on Netflix, along with the show’s sophomore round. Before the second installment arrived on the streaming giant, it aired in Ukraine in March 2019. The third season has three episodes, each with a runtime of 42-65 minutes.

As far as season 4 is concerned, here’s what we know. Although nothing has been stated officially, it seems that the third season of the series marks the conclusion of the storyline. After unprecedented struggles, Ukraine stands united and becomes financially independent of other nations. The country progresses towards a better future with the next generations reaping the benefits of the efforts made by Vasily and his countrymen.

Moreover, the Ukrainian political satire completed its run on 1+1 on March 28, 2019, and Zelenskyy assumed his presidential role on May 20, 2019. So, since 2019, there have been no more episodes. One of the most prominent reasons for this seems to be that the series creator and leading actor went through a massive career change. Taking all the abovementioned factors into account, it is highly unlikely that ‘Servant of the People’ season 4 will be made.

Zelenskyy subsequently gained international recognition following the Russian-Ukrainian war in 2022, which revived the international audience’s interest in the show. This explains why Netflix brought back the show after having pulled it down in 2021. In fact, the series was also adapted into a movie titled ‘Servant of the People 2,’ that released in 2016. Although Volodymyr Zelenskyy stars in the leading role, the film is not a sequel to the series but an interpretation of the same storyline. The movie itself gained high praise from viewers who approached the theatres in large numbers to enjoy the political satire.

According to sources, an American remake by Hulu was on the cards before Donald Trump became the president of the United States of America. But the plan was eventually axed. So, even though we may not see Zelenskyy’s Vasily Petrovych Goloborodko back in action, we can hope for more entertaining screen adaptations inspired by the Ukrainian series.

Read More: Is Servant of the People Based on the True Story of President Zelenskyy?