Servant Season 2 Episode 7: What to Expect? 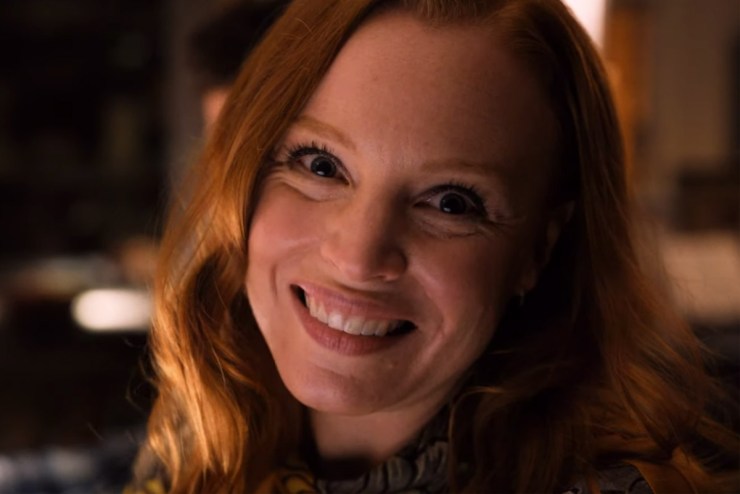 In the sixth episode of ‘Servant’ season 2, The Church of the Lesser Saints finally makes a re-appearance in the Turners’ filial affairs. The ransom call turns out to be a hoax planned by Leanne, but Dorothy and Sean encounter Leanne’s uncle George. Through his overbearing ways, George tries to push forward his religious agenda onto Sean and Dorothy. The cult’s involvement becomes clearer as season 2 inches close to its conclusion. We can’t wait for the next episode to unpack the truths hidden deep within the show’s supernatural ambiance. If you are wondering about episode 7, you have come to the right place!

‘Servant’ season 2 episode 7 is slated to release on February 26, 2021, at 3 am EST on Apple TV+. New episodes are scheduled to drop every Friday.

The best way to watch ‘Servant’ season 2 episode 7 is to stream it on the Apple TV+’s official website or the Apple TV app. The paid subscription costs $4.99 a month. You can avail of the free seven days trial offered by Apple TV+. Unfortunately, the show is not streaming on any other platform.

With George’s arrival in episode 6, we finally get closer to the truth about Leanne. Her meek demeanor hides a rebellious attitude which doesn’t go down well with her uncle. Dorothy is miffed at George’s religious allegories and wants him to go away. We see Sean turning to his baser instincts, and it remains to be seen if he takes Leanne away from his home. Moreover, the Marino house shooting makes matters worse, and it is improbable that Dorothy and Sean are going to get back Jericho. In the next episode titled, ‘Marino,’ we will see how Dorothy uses George to gain leverage over the cult.

George is angry at Leanne for leaving her designated place, and the next episode might provide us some clues regarding this aspect. George’s reaction to the shooting is a bit surprising and remains to be gauged totally. Has Leanne become an antagonist for the Church of Lesser Saints? Does her faith differ from their functioning? Is she involved with the shooting? These are some questions whose answers can be expected from the next episode. We can perhaps see Dorothy go back to her journalistic ways to gain information regarding the happenings at Marino house.

At the beginning of the episode, Dorothy and Sean arrive at their house with George, whom they meet at the mall while trying to get back Jericho from his supposed abductors. George is furious with the Turners for bringing back Leanne and tells them that they should be afraid of her. Julian is about to have a violent confrontation with George but is prevented by Sean. George and Sean have a conversation that reveals certain truths about the cult.

The commune members are apparently present everywhere and are guided by the will of a higher authority. They are accorded a position and role in the society which they have to follow. Leanne apparently breaks this rule as she goes away from her assigned place. It is also suggested that Leanne came to help Dorothy defying the dictums of the cult. George believes that Leanne’s presence is like an infestation and asks Sean to pray for forgiveness. He then proceeds to make a potion of sorts with his own spit.

Dorothy visits George in the basement and offers money which he dumps in the sinkhole. He asks Dorothy to pray with him, which angers her. Meanwhile, Sean wants to get Leanne away from the situation as he feels guilty for a past happening—he went to judge a reality show by leaving Dorothy and Jericho alone in the house. As they are about to leave, a news report states that there has been gunfire in the Marino house, where Leanne used to work before being abducted by Dorothy.