Servant Season 2 Finale: What to Expect? 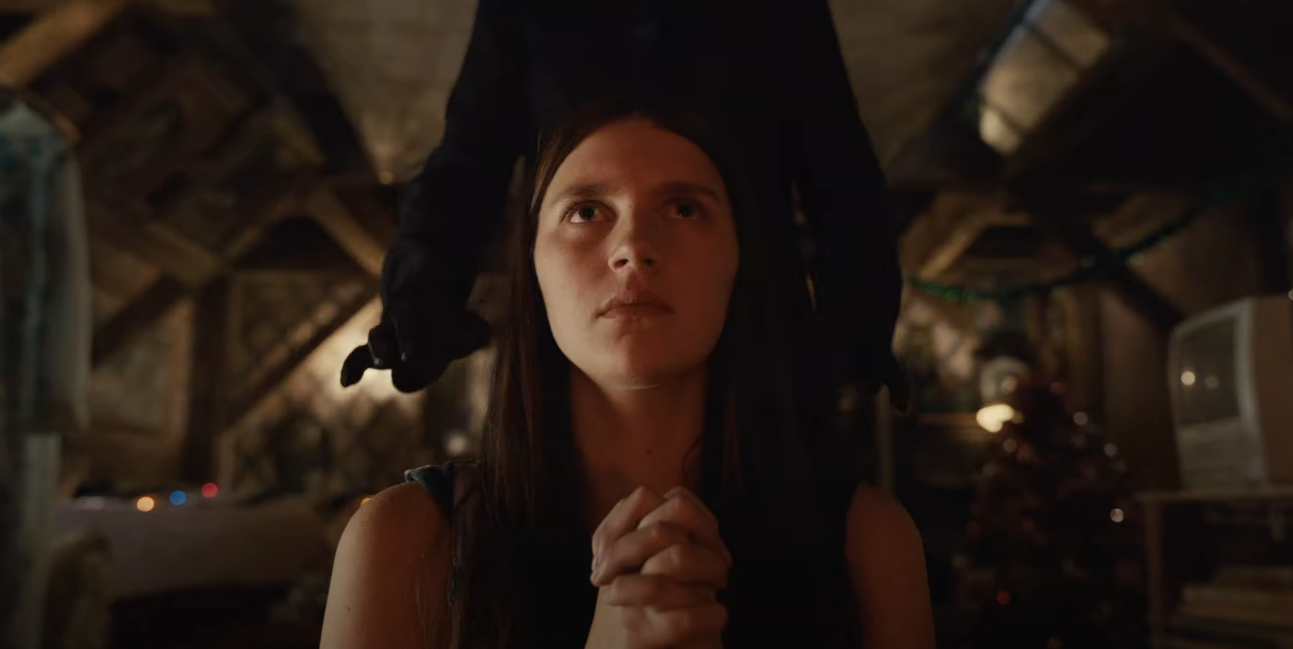 As the second season of ‘Servant’ reaches its denouement, its convoluted plot slowly starts to unravel. The Church of Lesser Saints is after Leanne as they desperately try to reintegrate her into the cult. Jericho doesn’t arrive (against Dorothy’s expectations), and that leaves her in a broken state. Sean tries to understand the confusing ideas of George and Leanne. The ninth episode takes us through their ordeals and inches slowly towards a climactic showdown. However, Jericho’s whereabouts are still unclear. The next episode stands to reveal the truth, and we can’t wait for its arrival. If you are eager to know more about episode 10, we have got you covered!

You can watch ‘Servant’ season 2 episode 10 by streaming it on Apple TV+’s official website or the app. The paid subscription costs $4.99 a month, whereas it costs $49.99 annually. You can also avail the free seven days trial offered by Apple TV+. The show is yet to arrive on other streaming platforms.

Episode 9 ends on a cliffhanger with the arrival of a strange woman in black. She seems to know about Dorothy’s desperation to find Jericho. The tenth episode of ‘Servant’ season 2 is titled ‘Josephine,’ which perhaps indicates the stranger’s name. Her veiled attire gives the impression that she is a part of the cult and has come to fetch Leanne. We might actually see the contents of the Betamax tape that George wanted to show Leanne. The stranger can reveal the truth behind George’s plan and has probably come to complete it. We can expect the new episode to deal with this narrative thread. Perhaps Jericho’s whereabouts will finally be disclosed to Dorothy.

It is yet to be seen how Julian recovers from his situation. Will Natalie play a part in healing Julian, given her credentials? It will also be interesting to see how Sean deals with the stranger. Since his faith seems to be sedimented, he might as well welcome her presence. We can speculate about different junctures in the final episode, but one thing we are certain about is a confrontation between Leanne and the cult. The end of the second season is tensely awaited as it stands to explicate the enigmatic situations.

Sean prepares a goose for lunch on Christmas Eve. Dorothy is readying herself in anticipation of Jericho’s arrival. However, she gets to know from Leanne that George has left. Dorothy thinks that he is out to bring Jericho back to her. Julian arrives at the Turners’ home along with Mr. Pearce and a woman who is Mr. Pearce’s date. Leanne informs Sean about their arrival, and in their ensuing conversation, it becomes clear that George won’t be coming back. However, Sean feels that the cult wants to help them.

Julian is agitated, and he doesn’t take kindly to Sean’s belief in George and his religious ways. Trying to maintain his distance from Leanne, Julian apologizes for their affair. Leanne seems to be drawn to Julian, but he refuses her advancements. Meanwhile, Dorothy anxiously awaits Jericho and Sean tries to comfort her. Unfortunately, Julian collapses on the floor due to his excessive drug use.

When all attempts fail at reviving him, Leanne awakens him with a kiss. The guests eventually leave when the paramedics come and check on Julian. Dorothy is visibly shaken at these developments, and in her grief, prepares a hangman’s noose for herself. Leanne asks her about the noose, to which Dorothy reveals her unflinching desire to meet Jericho. In the end, a strange woman dressed in black arrives at the Turners’ doorstep.