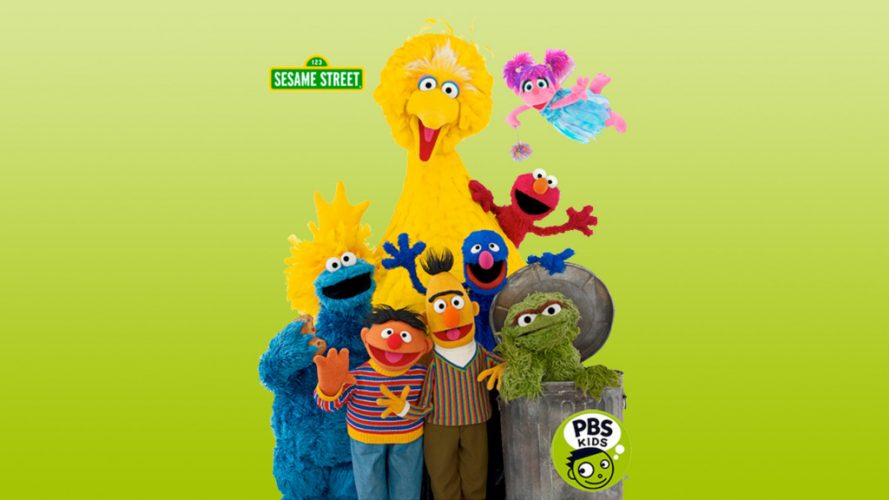 Sesame Street is an American educational children’s television series created by Sesame Workshop (formerly called the Kid’s TV Workshop (CTW) till June 2000) and also by Joan Ganz Cooney and Lloyd Morrisett. The show uses visual media (images) whose message is communicated via Jim Henson’s Muppets, as well as consists of short movies, skits, songs, etc laced with humour and featuring social situations. It first premiered on November 10, 1969, and opened to positive reviews, a little dispute of sorts, and undeniably high viewership. It has aired on the U.S.’s national public TV service provider PBS since its launching, with its first premiere on HBO happening on January 16, 2016.

The program was initially funded by the federal government and private foundations and yet it has actually come to be an independent show due to profits from licensing setups, global sales, and various other media. By 2006, there were individually produced versions, or “co-productions,” of Sesame Street program in twenty nations. There were more than 120 million watchers of the different versions of Sesame Street by 2001, and by the program’s 40th anniversary in 2009, it was broadcasted in more than 140 countries. Sesame Street was the first youngsters’ show to structure each episode, as well as the sectors within them, to capture children’s focus, and also to make, as Gladwell placed it, “little yet crucial modifications” to keep it.

Sesame Street has been the fifteenth-highest-rated youngsters’ television show in the USA. A 1996 study found that 95% of all young American children had actually enjoyed the show by the time they were three years of ages. In 2018, it was estimated over 86 million Americans had been avid watchers of the series as youngsters. Sesame Street has about 189 Emmy Honors and 11 Grammy Honors to its name —that is more accolades than any other youngsters’ show.

Sesame Street Cast: Who’s in it?

Sesame Street includes a dynamic cast that comprises of a long list of actors who have appeared throughout its 49 seasons. We have muppet characters (created by Jim Henson) and non-muppet characters that are either human characters or animated characters. Bob McGrath, Alan Muraoka, Chris Robinson, Alison Bartlett O’Reilly, Loretta Long, Emilio Delgado, among others, form the current cast of the series. Season 49 is the first season where Peter Linz is seen performing Ernie. A string of guest stars has appeared on the show.

Season 50 will see the introduction of a new human child character named Charlie, which will be portrayed by a young girl by the name Violet. The series started production in September 2018 during which several stars were seen frequenting the sets, some of whom were Kareem Abdul-Jabbar, Michael Che, Misty Copeland, Maren Morris, Olivia Munn, Busy Philipps, Charlie Puth, Thomas Rhett, Seth Rogen, Paul Scheer, Jason Schwartzman, and Chrissy TeigenTerry Crews, Josh Gad, Dave Grohl, Kathryn Hahn, Colin Jost, Mindy Kaling. We can expect to see them as guest stars in season 50.

Sesame Street Plot: What is it about?

The longest-running children’s show, Sesame Street started off as an answer to illiteracy amongst less-advantaged children. A host of visionaries, educational advisors and researchers, personalities from the entertainment sector are brought in to contribute their bit towards the making of the series. The series has allows children to learn and feel belonged, and imparts values of respect and other morals. The show is aired in 70 languages and is broadcast across 150 countries.

Sesame Street believes in “a strong visual style, fast-moving action, humour, and music” coupled with animation and short films. Sesame Street premiered at a time when children were not thought to have long attention spans, therefore it was a risk to introduce hour-long episodes. A couple of “inserts” are included to hold the interest of its viewers which includes puppet sketches, animations and short films. This structure allows children to follow the story being told and enjoy the other segments that are now as much part of the storyline as anything else. The show was reconstructed in 2002 about which executive producer Arlene Sherman has said, “We basically deconstructed the show. It’s not a magazine format anymore. It’s more like the Sesame hour. Children will be able to navigate through it easier.”

Season 49 covers the curriculum “Learning Through Play,” where characters are seen learning about different jobs through games and other creative activities. Season 50 is said to focus on “the power of possibilities, empowering kids to take safe risks and learn from their mistakes.”

Sesame Street Season 50 Release Date: When will it premiere?

The 50th season will naturally be a huge milestone for Sesame Street, having completed half a decade in the industry, revolutionising the education sector. The series is expected to run through December 2019, during which a number of activities and events have been planned across various cities to celebrate its 50 years’ legacy. Sesame Street will no doubt continue for many years hence and continue to spread awareness among people from a very young age.

Jeffrey D. Dunn, Sesame Workshop’s Chief Executive Officer, acknowledged the impact of the series where he said, “This is a remarkable milestone for kids, for education and television. Sesame Street has now brought the life-changing benefits of early learning to children around the globe for 50 years. Our mission to help kids everywhere grow smarter, stronger and kinder knows no geographic boundaries. We’re everywhere families are, and we never stop innovating and growing. That’s what keeps us timeless.”

We don’t have a trailer for season 50 yet, but you can watch the clip below in the meantime. Sesame Street is available to watch on Prime Video.