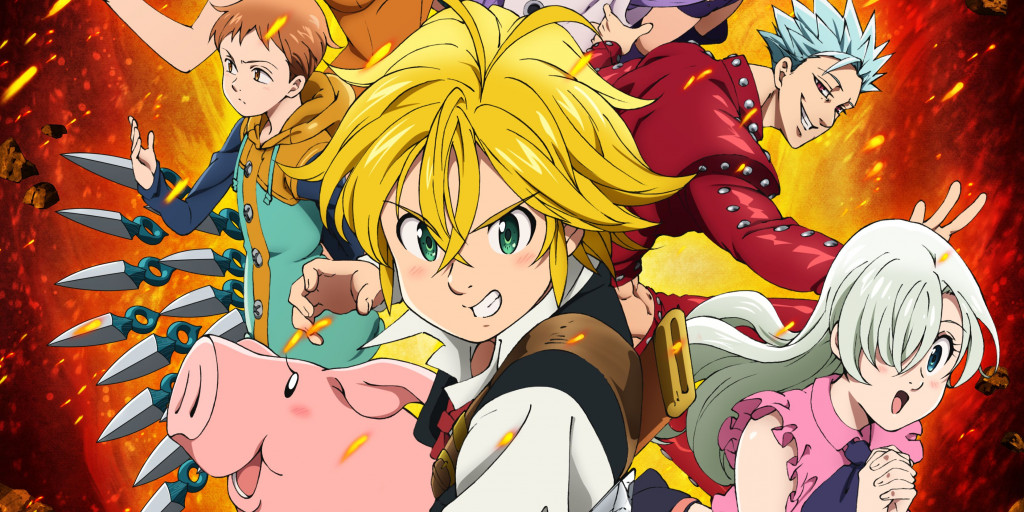 The Seven Deadly Sins (also known as Nanatsu no Taizai in Japanese) is a fantasy anime television series which is based on a manga series of the same name. Written and illustrated by Nakaba Suzuki, the manga series was first published on October 10, 2012. A couple of years later, it was announced that the series would be adapted into an anime television series, and subsequently, Season 1 of The Seven Deadly Sins made its way to viewers’ screens on October 5, 2014.

The Seven Deadly Sins Season 4 Release Date: When will it premiere?

For those who like watching anime shows in English, the good news is that The Seven Deadly Sins has an excellent English dub. The English version of the show was licensed by Netflix, and became the streaming service’s second exclusive anime series. Hence, if you want to watch the show in English, you can find dubbed episodes on Netflix. You can also stream its English dubbed episodes on Funimation and Amazon Prime.

The events in the show take place in a fantastical and magical land, which has similarities to medieval Europe. In this land, order is maintained by the fearsome yet revered Holy Knights of Britannia, who use powerful sorcery to protect the region of Britannia and its kingdoms from all sorts of evil. However, things go askew when a group of Holy Knights, referred to later as the “Seven Deadly Sins”, turn their back on their homeland to try and usurp power in the Kingdom of Liones. Although these supposed traitors were defeated by the Holy Knights, rumours continued to spread that they were still at large.

A decade after the attempted coup d’état by the Seven Deadly Sins, things take an unexpected turn when the Holy Knights, sworn into service to protect Britannia, stage a coup d’état themselves and usurp the throne in the Kingdom of Liones. With no one to oppose their rule, the Holy Knights thus start a reign of terror and usher in a new chapter in history.

Although Liones falls and its king is captured, the third princess of the kingdom, Elizabeth, manages to escape the clutches of the Holy Knights. Having escaped, the princess then embarks on an epic journey to find the Seven Deadly Sins, who are scattered across the land, with the hopes of uniting them and taking back Liones from the corrupt Holy Knights.

As the show progresses, Elizabeth edges closer to her goal, and manages to unite the Seven Deadly Sins. Together, with their combined power, she also manages to free Liones from the reign of the Holy Knights. However, the final battle between Meliodas, the captain of the Seven Deadly Sins, and the Great Holy Knight Hendrickson has devastating consequences. When Hendrickson realizes that he is about to lose the fight, he breaks the seal of an artifact and paves way for the revival of a fearsome group of warriors known as the Demon Clan. The ten members of the Demon Clan, known as the Ten Commandments, are thus released and they arrive in Britannia, leaving death and destruction in their wake. It is revealed that the Ten Commandments are mighty warriors under the direct command of the Demon King, and the Seven Deadly Sins thus have to find a way to defeat them before they destroy Britannia.

Despite having dozens of characters, the Seven Deadly Sins themselves and Elizabeth make up the list of main characters in the show. Below, we’ve provided you with brief backgrounds on each of them.

Meliodas: The leader of the Seven Deadly Sins and Meliodas is the Sin of Wrath and one of the main protagonists of the show. Although Meliodas appears to be a young boy, he is actually much, much older, and has lived for over 3,000 years. In the show, it is revealed that Meliodas is originally from the Kingdom of Dafanor, where he had once served as the leader of the Holy Knights of Britannia.

Ban: Another member of the Seven Deadly Sins, Ban is the Sin of Greed and was imprisoned for a long time. Later, it is revealed that Ban is immortal, and had gained his immortality from the fountain of youth in the Fairy King’s forest. Ban’s abilities are quite fearsome, and he has the power to steal objects from people, from weapons to organs, and can also steal the abilities of his foes, such as super speed and super strength.

Diane: A member of the Seven Deadly Sins, Diane is the Sin of Envy and a member of the Giant’s Clan. While Diane appears to be an attractive young woman, she is actually a giant, and stands at twice the height of a normal human being.

King: The Sin of Sloth, King was once the literal king of fairies, and his real name is Fairy King Harlequin. Although those who have not seen King think of him as a big, burly man, King, in actuality, has the appearance of a young boy, much like Meliodas.

Merlin: Another member of the Seven Deadly Sins, Merlin is the Sin of Gluttony. During her heydays, she was known to be the greatest mage in all of Britannia, and is the master of Vivian and the teacher of King Arthur of Camelot.

Escanor: The Sin of Pride, Escanor has unique physical characteristics. While Escanor has tremendous strength and is a towering man during the day, he starts to lose his strength after the sun goes down, and becomes a frail man at night.

Gowther: The Sin of Lust, Gowther was actually created by a magician and his original form is that of a doll. However, he can almost always be seen as a full-grown male human.

Hawk: While not a member of the Seven Deadly Sins, Hawk is also important to the show. A talking pig, Hawk is Meliodas’ companion and is shown to possess great strength and speed for his stature.