The Seven Deadly Sins S04 E17: Everything We Know 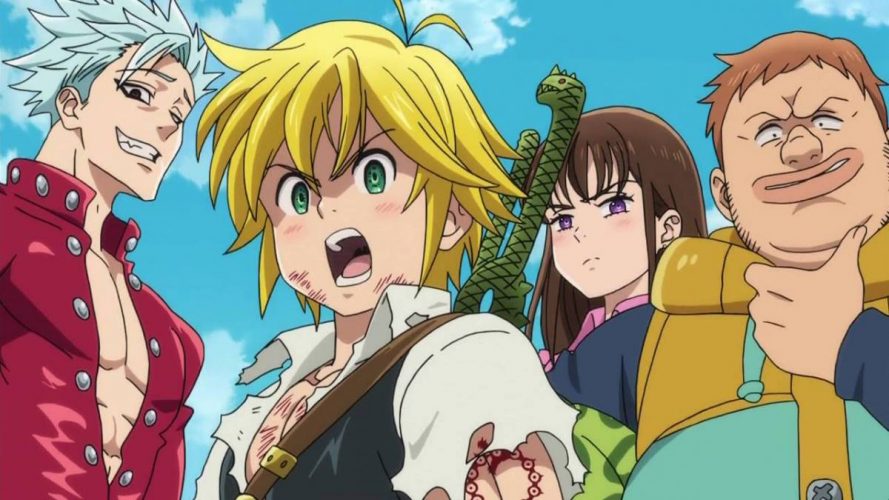 With its colorful cast of characters and surprisingly deep storyline, ‘The Seven Deadly Sins’ is still somehow managing to entice its loyal fans. There has been a substantial drop in its overall rating but it is still able to draw out the shounen gimmicks that most viewers expect from it. So if, like us, you’re an extremely loyal fan of ‘The Seven Deadly Sins’, read on further to know all the details about its next episode.

The Seven Deadly Sins Season 4 Episode 17 will release on February 5, 2019. You can stream the dubbed version of the anime on Funimation. SPOILERS AHEAD!

The Seven Deadly Sins Season 4 Episode 17 Spoilers: What to Expect?

In the 16th episode, the battle between Cusack’s demon and the Sins continues. To protect Diane, King keeps fighting the Demon but still comes nowhere close to being as strong as him. This when, as predicted, Drole and Gloxinia show up and ask King to step back. There was a time when the two of them were a part of the ten commandments, so it’s almost surprising for everyone that they’re now supporting the Sins. They wish to seek redemption from all of their past sins and take it on themselves to deal with the Demon. They ask both Diane and King to get out of there and start fighting the Demon.

However, since the Demon is now in his true form, even the two of them together are not able to defeat him. They just distract him for a while so that Diane and King can get out of there. Soon after this, the Demon attacks them and kills them both. Drole and Gloxinia die but in their last few moments, they feel less burdened.

Meanwhile, back at the Sins’ basecamp, all the Sins start feeling a bit drained. At first, they assume that it’s simply the aftermath of the battles they have been in, but then they realize that Meliodas is getting stronger by the minute and is releasing a form of negative energy which is affecting all of them. To add to their troubles, as soon as the Demon defeats Gloxinia and Drole, he heads towards their basecamp to target Meliodas again. But to everyone’s surprise, as soon as he arrives there, Meliodas awakes from his state of comatose. With this, the Demon bows down in front of the Demon King. This time around, Meliodas is somehow able to retain all of his past memories and realizes that the Sins were once his friends.

He announces that he will now be going to meet Zeldris and will also take Elizabeth with him. The Sins try to convince him to stay but he claims that he does not want to fight anymore and only wants to save Elizabeth while he still has time.

In the next episode, we’ll finally get to see the moment we have all been waiting for. Meliodas will now be the Demon King and although it is still a little questionable if Zeldris will welcome him, he probably won’t have a choice for now. Meliodas seems to have a plan to save Elizabeth, so that is again something we can look forward to. Will he be able to defy their destiny and finally break the curse that was enforced on them hundreds of years ago? The next episode will certainly not have too much action, but one can only imagine what it’ll be like when Zeldris and Meliodas will meet after so long.

In the meantime, we probably won’t get to see much of the Sins for a couple of episodes as Meliodas asked them to stay away from him and Elizabeth. Maybe if Meliodas ends up landing himself in trouble, later on, they’ll be there to rescue him. But from the looks of it, Meliodas is awfully strong now and can easily look out for himself and Elizabeth. Even Cusack’s Demon is more or less of a slave for him and will never let anything happen to him. The most awaited battle of the season, which will be between Meliodas and Zeldris, is certainly not too far now, but it’s not happening in the next episode.