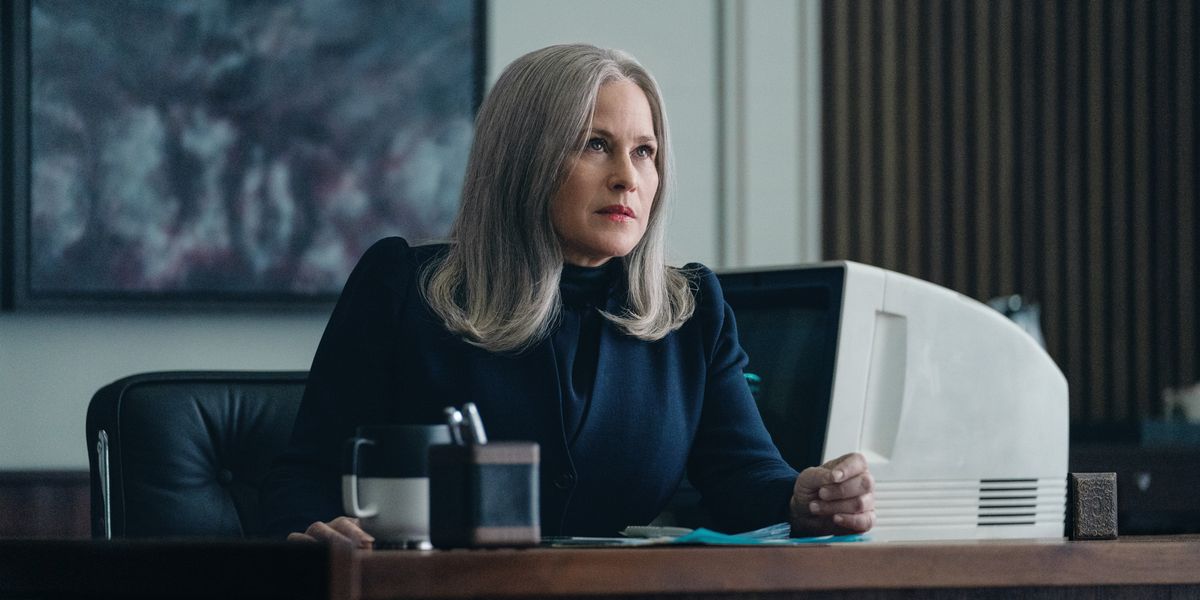 ‘Severance’ takes viewers into the seemingly typical corporate halls of Lumon Industries, where series protagonist Mark Scout works in the Macro data refining department. The company subjects some of its employees to “severance,” an advanced scientific procedure that separates their work-related memories from personal ones. While the process seems relatively simple, a mysterious stranger’s arrival in Mark’s life outside the company raises questions over severance and its ethical, moral, and sociological integrity.

Meanwhile, at Lumon, a new employee, Helly, begins to understand the after-effects of the severance process and adjusts to life at the mundane office. Although Helly finds the entire environment at Lumon eerie, she cannot stop herself from getting sucked into the company’s practices. As the narrative progresses, viewers get wind of a conspiracy brewing within Lumon that has been carefully kept a secret from its employees. Mark begins his journey of uncovering the truth, and we are sure viewers are impatiently awaiting the next episode to find out some answers. In that case, here’s a look at what’s in store for ‘Severance’ episode 3!

Episode 3 of ‘Severance’ is slated to release on February 25, 2022, at 12 am ET on Apple TV+. The debut season of the thriller show consists of nine episodes with a running time of 50-60 minutes each. The first two episodes debuted together on February 18, 2022. New episodes of the series land on the streaming service every week on Thursdays.

Where to Watch Severance Episode 3 Online?

To watch ‘Severance’ episode 3, subscribers can head to Apple TV+. The third episode will become available to users of the service from the date and time given above. The series is an exclusive offering from Apple TV+, and episodes of the show aren’t available on any other streaming services or VOD platforms.

The third episode of ‘Severance’ will continue to shine a light on Mark’s time with Petey, at Lumon, and in the outside world. We know that the employees cannot recollect work-related memories outside work. Therefore, Mark will have a hard time connecting with Petey. However, Petey’s words could begin to create friction between Mark’s outie consciousness and work consciousness. As a result, he could start to experience strange events and notice abnormalities in his work at Lumon. Such incidents will push Mark to get to the bottom of the matter.

Likewise, Petey’s past with Mark at Lumon could reveal more about the former’s decision to get unsevered. We could receive some clues about how he succeeded in reversing the seemingly permanent severance process. Elsewhere, we might learn some dark secrets about the Break Room, Ms. Cobel, Mr. Milchick, Mr. Graner, and Ms. Casey, who appear to be the show’s antagonists. All of the events are likely to help us piece together the puzzle about the true nature of the work Mark and his colleagues do at Lumon.