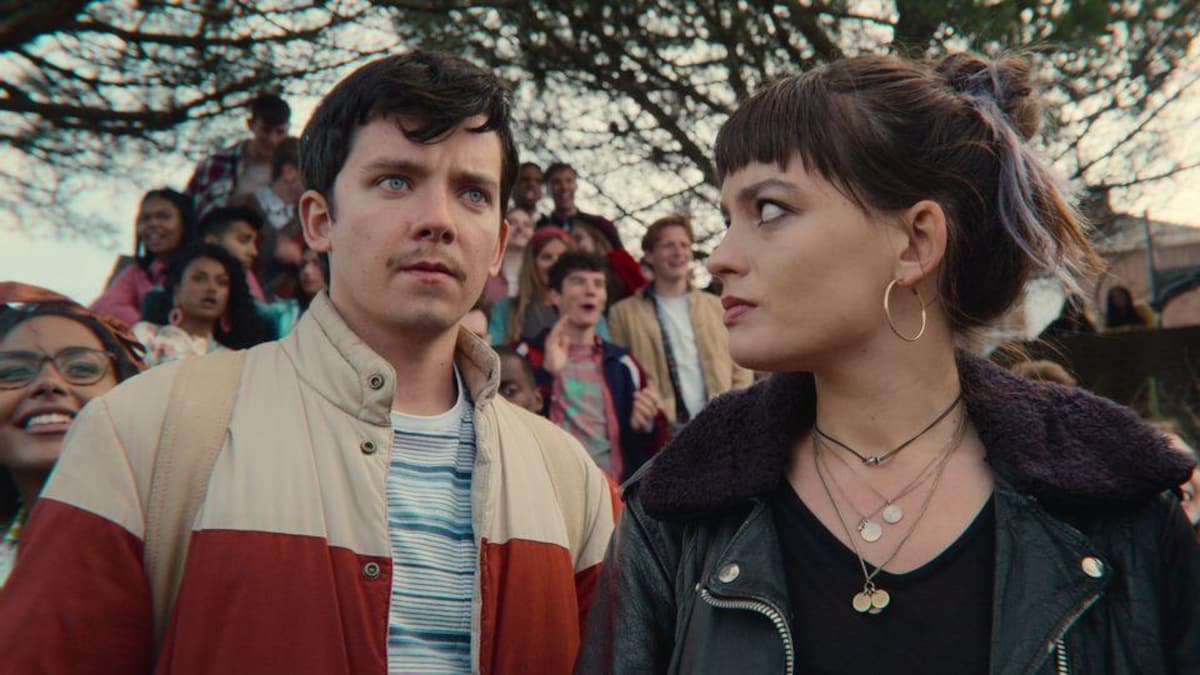 ‘Sex Education‘ puts the students of Moordale Secondary front and center as they explore their budding sexuality. Sixth form classmates Otis and Maeve’s unofficial “sex clinic” in school starts a sex-positive revolution that has the students experimenting and the school administrators feeling decidedly nervous. Created by Laurie Nunn, the comedy-drama series originally released on January 11, 2019.

Within the first month of its release, the teen show drew about 40 million viewers. The critics have praised the show for its intelligent writing and its bold yet sensitive take on sex and sexuality. The show’s massive fan following is waiting with bated breath to see what happens after the third season. Much as we’d love to, can we hope to see Moordale and its eccentric entourage again? Here’s everything we know about the potential season 4.

‘Sex Education’ season 3 premiered on September 17, 2021, on Netflix. The season of 8 episodes released in its entirety for global audiences, comprising of episodes that run for approximately 50 minutes each.

As far as season 4 is concerned, there have been no official reports confirming the future of the series. Usually, the renewal of a new installment is announced about a month after the previous season lands on the streamer. The intermediate time is likely used to gauge the viewership of the show’s most recent season. Taking into consideration that the show has garnered a massive global fan following and rave reviews, there is a good chance its season 3 viewership numbers will be stellar too.

Nevertheless, what can’t be ignored are the major plot turns that take effect in the season 3 finale. This strongly hints that a potential season 4 will see significant changes in its storyline. In a recent interview in September 2021, Asa Butterfield (Otis) confirmed the ambiguity around the anticipated season 4, saying, “I’d love to do a fourth season because we have so much fun on this show. At the same time, we’ve been doing it for three years now, and I’d be happy saying goodbye to these characters… We’ll have to see.”

However, if the series gets greenlit for another season soon and production proceeds smoothly, we can expect ‘Sex Education’ season 4 to release sometime in Q4 2022. Asa also mentioned that a well-thought-out spinoff of the show would be a good idea, but what he’d really be into is a ‘Sex Education’ Christmas movie. Who wouldn’t!

Sex Education Season 4 Cast: Who can be in it?

Sex Education Season 4 Plot: What can it be About?

Season 3 finds Moordale Secondary under a new headteacher, who paints the school a somber gray both literally and figuratively. However, the students continue the school’s sex-positive culture and even stand up for it when it falls into jeopardy. As a result, they manage to inspire other schools around the country. But Moordale’s investors stop funding the school, leading the fate of the institution hanging in the balance. Maeve gets some last-minute financial help from her mother, and she sets off for an academic program in the United States after bidding Otis goodbye.

A potential season 4 will likely see Maeve coming back at some point, possibly in a new Americanized avatar. Her will-they-won’t-they dynamic with Otis has stretched on for three seasons. As tantalizing as it is, we can expect it to be suitably changed, with one of them likely in a firm relationship. Otis’ home life will also be substantially different with the birth of his baby sister, Joy. With the school on the verge of shutting down and Maeve moving away, any upcoming iteration of the show will take on a decidedly different format. The one thing we can be sure of is that the central characters and their carnal experiments will remain as entertaining as ever.