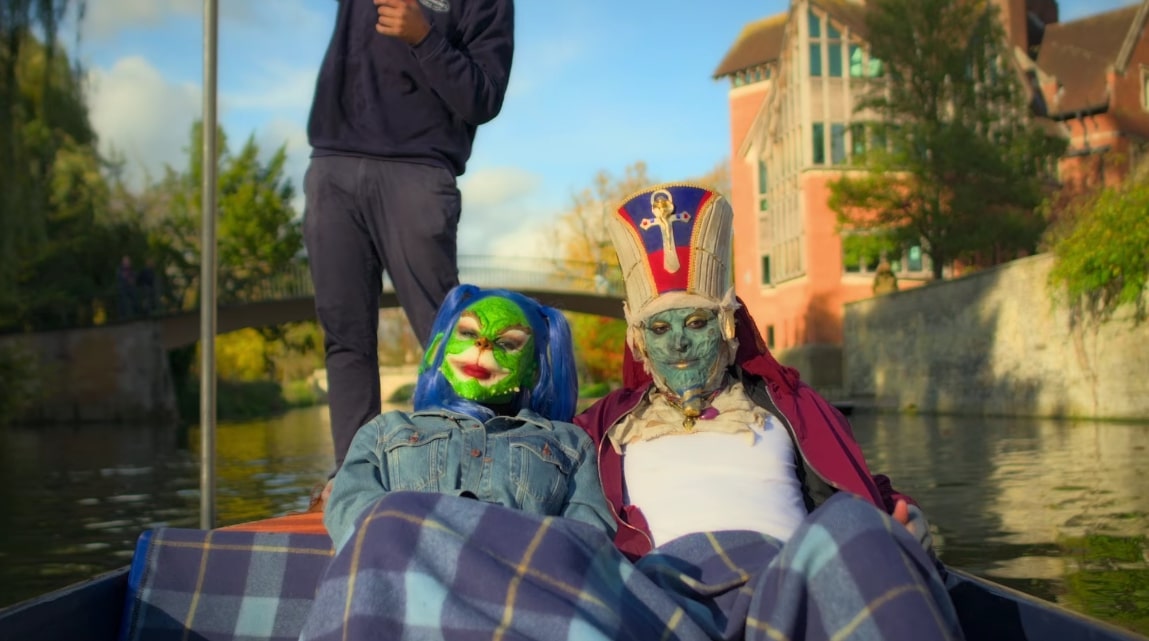 As the revival of the single season-long eponymous U.K. series from 2014, Netflix’s ‘Sexy Beasts‘ is a reality dating production that strives to take the personality-over-looks format to another level. In simple words, if you mix the notions of ‘Love is Blind,’ ‘Dating Around,’ and ‘The Masked Singer,’ you will end up with this exact show, which offers strange romances and even stranger characters.

The show first premiered on July 21, 2021. Despite the series receiving a lukewarm response from the audience, it seems to have amassed a loyal fanbase that would be happy to see the series continue. After binge-watching season 2 that has given us another dose of sheer entertainment, you must be curious to know what the future holds for the Netflix show. So, let’s find out if it will be back with a third installment or not.

‘Sexy Beasts’ season 2 released on October 7, 2021, on Netflix. The second round comprises six episodes that run for 22-23 minutes each.

As for the third season of this series, the officials involved are yet to announce its renewal or cancelation. According to reports, Netflix had originally signed a mere two-season deal to ensure that the show premiered worldwide. In June 2021, Simon Welton, an executive producer, said, “Making ‘Sexy Beasts’ for Netflix has been an incredibly exciting process. With an international cast featuring some truly brilliant characters, a host of prosthetics which look extraordinary in 4K, and with Rob Delaney narrating, the viewers are in for a real treat. I hope the show puts a smile on peoples’ faces as they play along to discover who’ll fall in love with who and what our cast all really look like.”

If we’re honest, the chances of the network greenlighting this series for a third season mostly depends upon whether the second manages to attain stable commercial success. After all, if it’s not beneficial, Netflix or LionTV won’t risk another installment. Moreover, filming would take a couple of months, and then there is also the post-production aspect. With that said, if the series is renewed by the end of 2021, we can expect ‘Sexy Beasts’ season 3 to release sometime in Q3 2022 or later.

Comedian, actor, and writer Rob Delaney serves as the narrator for ‘Sexy Beasts’ seasons 1 and 2, so if it does return for season 3, we can probably expect to hear his voice again. Having played Peter in ‘Deadpool 2,’ Agent Loeb in ‘Hobbs & Shaw,’ and Gil Norman in ‘Bombshell,’ Rob is no stranger to entertainment. As for voice work, just some of his credits include Bevel in ‘Bitz & Bob,’ Magnolia in ‘No Activity,’ and Brian O’Brien in ‘Birdgirl.’

Since each episode of this series follows a new set of cast members, we’ll see different quartets of young singles in the potential third iteration as well. We saw Mick, Ibukun, Devon, Sullie, Paige, and Robbie searching for love amidst their dates in the second season, so the third will likely follow an identical pattern.

What can Sexy Beasts Season 3 be About?

If ‘Sexy Beasts’ is renewed for season 3, it will follow a young single in every episode as they go on dates with three potential suitors. What’s special about the show is that the cast members are all disguised under heavy prosthetic make-up until the lead chooses the individual they want to explore a real-world relationship with. Typically, each episode has two rounds. The first round is speed dating, at the end of which one person is eliminated. The second round includes proper solo dates before the lead announces their “sexy beast.” Only then are the remaining contestants’ physical features revealed, yielding a few surprising results.