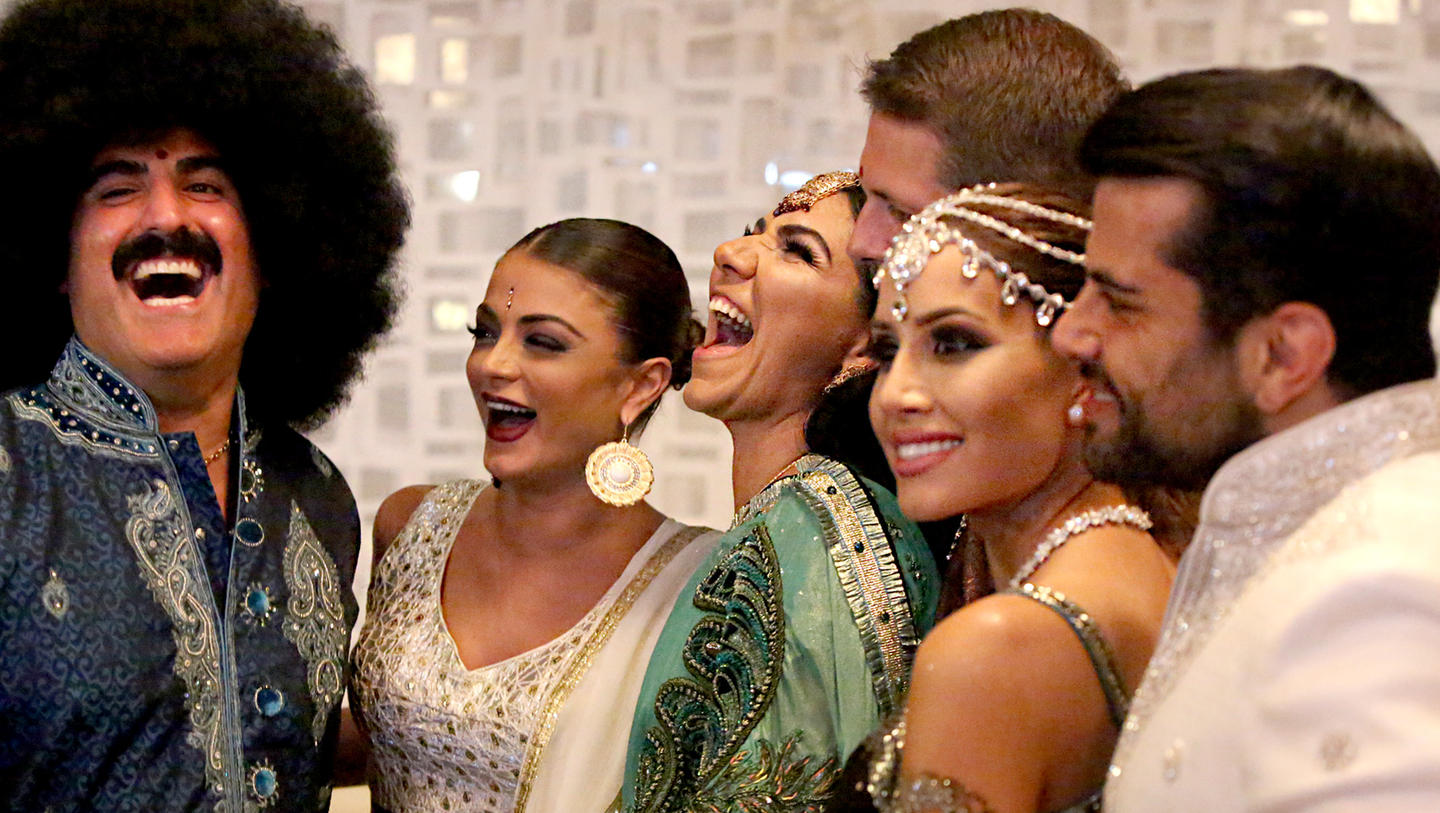 The last two episodes of Shahs of Sunset season 8 has been fraught with loads of drama, especially focused on Reza Faharan’s husband, Adam Neely. We have also seen Mercedes “MJ” Javid’s name being dragged into the mess, alongside those of Destiney and Ali. Reza also confronts everyone involved behind the rumors (?) surrounding Adam’s shady behavior and the matter seems to have only got worse this week in the third episode. We will come to that later in our recap section.

Now if you are done with episode 3, let’s take you through the hows and whens of Shahs of Sunset season 8 episode 4.

Shahs of Sunset Season 8 Episode 4 Release Date: When Will It Premiere?

The official synopsis for episode 4 goes as follows: “Reza, Destiney, and Sara head to Vegas to promote Reza’s new “Reza Be Obsessed” collection, and things take a turn when Destiney hits it off with newbie Sara’s brother, Sam. GG finds out whether she can go through with the implantation process in the hopes of getting pregnant. MJ recounts her resentment toward Reza, while Mike and Nema butt heads.”

Where to Watch Shahs of Sunset Season 8 Episode 4 Online?

We don’t know why Reza comes up with this ridiculous idea of organizing a mud race in the hopes of bringing the gang together! Well, he does, and this event just sets off just another session of the blame game. Golnesa does not want to learn how to run as she is more interested in throwing MJ, Destiney, and Ali under the bus.

Golnesa and Yasmin then visit a herbal store since the former wants something for fertility. She buys some kind of strange potion and even drinks it up. She is even ready to opt for an egg implant in order to get pregnant. Meanwhile, Mike is all set on building his new property. His dad then arrives to take him through the plans of the electrical installations.

Destiney then apologizes to Reza and Adam, and Reza says that he is willing to forget everything if she joins them in the run. The people who have already joined the race are Mike, Nema and his friend Bobby, Sara, and Anita. Destiney also shows up later and attempts to push all the blame on MJ. Surprisingly Reza agrees that everything is MJ’s fault and they reconcile.

In the upcoming episode next week, we will ultimately meet MJ and her baby, accompanied by Tommy. And we are excited to know how she will react to this whole fiasco that had unraveled during the time that she had been away tending to her family.