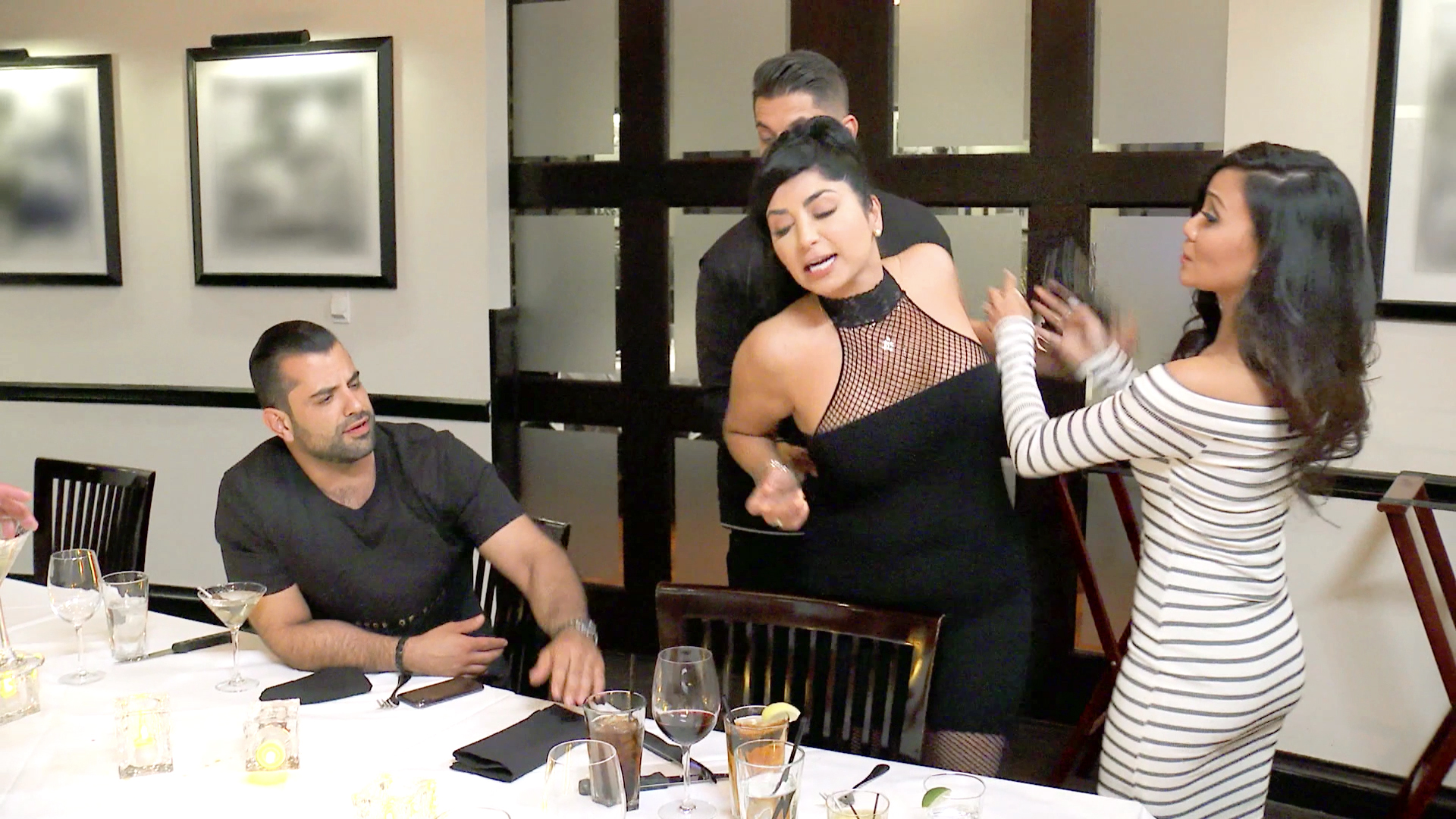 The eighth season of Shahs of Sunset has wasted no time in introducing fans to some huge doses of drama. There’s a major rift between long-time friends Reza and MJ, which is closely connected to the rumors surrounding the former’s husband Adam. On a good note, GG is all set to become a mum and this week’s episode gives us a wonderful revelation. Well, we will come to that later.

Now if you are done with episode 4 that aired on Sunday, Karch 2, 2020, let’s take you through the hows and whens of Shahs of Sunset season 8 episode 5.

Shahs of Sunset Season 8 Episode 5 Release Date: When Will It Premiere?

Yes, the show has ditched its previous Sunday schedule and will now air on Fridays at the above time slot.

The official synopsis for episode 5 goes as follows: “Destiney tries to navigate an awkward situation in Vegas after a wild night with the group. Nema attempts to reconnect with his Persian roots. Meanwhile, Paulina finds herself caught in the middle of Mike and Nema’s spat. GG arranges a cooking class for the crew to bond, but questions how much longer she can keep her journey to motherhood a secret.”

Where to Watch Shahs of Sunset Season 8 Episode 5 Online?

In this week’s episode, Reza is seen packing up for his trip to Las Vegas and Adam suggesting that they convert their garage into a closet — only to be rebuffed by Reza, of course! GG does not join Reza on the trip, and he is accompanied by Sara, Destiney, and Adam.

Meanwhile, Tommy is furious that Reza did not visit MJ even once when she was in a coma. In another scene, Mike visits Nema in his house as they are expecting a dog masseuse to come over. But the duo soon gets into an argument regarding Mike’s love life.

Well, Sara also has her brother Sam, who lives in Vegas. Sam meets up with Destiney and Sara and the three of them head off to play Top Golf. Sara knows that Sam sleeps with any woman he meets and so she warns him against hooking up with Destiney. But it seems Sam has already made up his mind.

Golnesa, on the other hand, is busy smoking weed, and after a few last puffs, she leaves for her egg implantation. Although she is worried about not being able to smoke for the next 40 weeks, she gets her IVF embryo transfer. Even GG’s parents are supportive of their daughter’s decision.