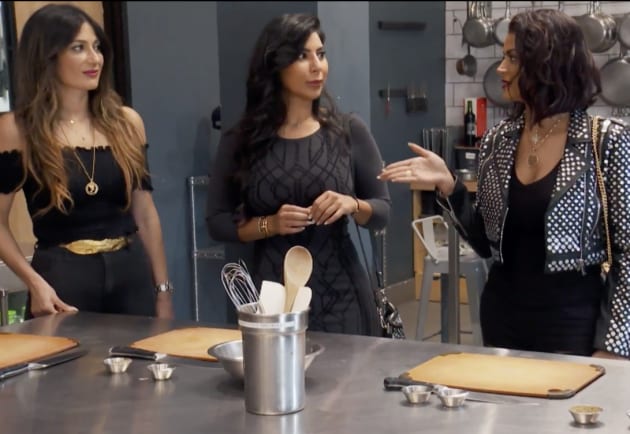 We have no idea why, but everyone in Shahs of Sunset seems to be having issues with everyone. There’s the unending feud between Reza and MJ and to top it up, Mike and Nema have their own share of disagreements. We also meet Sara’s brother Sam, who immediately has his eyes on Destiney.

Yes, so much has happened in the last five episodes that have aired across the weeks. So, are you now ready for the next episode? Read on to know everything about Shahs of Sunset season 8 episode 6.

Shahs of Sunset Season 8 Episode 6 Release Date: When Will It Premiere?

The official synopsis for episode 6 goes as follows: “GG grapples with the consequences of continuing to hide her IVF from the group but begins to worry that unnecessary drama will harm her health. Sara and Destiney clash over Destiney’s tryst with Sara’s brother while the group was in Vegas. Mike is haunted by Nema’s accusations about him and Paulina. Hoping to mend the fallouts amongst the group, Nema brings MJ to Sara’s pool party but his plan backfires when she comes face-to-face with Reza.”

Where to Watch Shahs of Sunset Season 8 Episode 6 Online?

Well, the episode begins with Reza having breakfast in Las Vegas and Sam, Sara’s brother, spending the night in Destiney’s room — although the latter says she does not recall anything. But when Destiney’s mom makes a surprise appearance, Sam leaves in a huff, having eaten barely a muffin. Reza, of course, reveals the details to her mother. Later, Destiney resorts to shedding some tears and confessing that she misses living close to her mum.

In LA, Golnesa and Yasmin attend pottery painting, where the former converses about her desire to have loads of sex. All that while she is expecting. In another scene, Mike’s girlfriend, Paulina meets up with Nema. Nema confides that if Mike does not apologize, they will cease to be friends.

Toward the end, the entire crew is seen in a kitchen to partake in a cooking contest. Before the competition, Mike learns that Nema had met with Paulina without his knowledge. So when they are put on the same team, the tensions are already high. On the other hand, Reza, out of nowhere, reveals that Destiney had slept with Sam. Golnesa starts feeling uneasy and leaves. Destiney and Anita decide to see how she is doing and go with her. There’s also a clash between Mike and Nema. After this, everyone exits. Party and contest are both over. THE END!