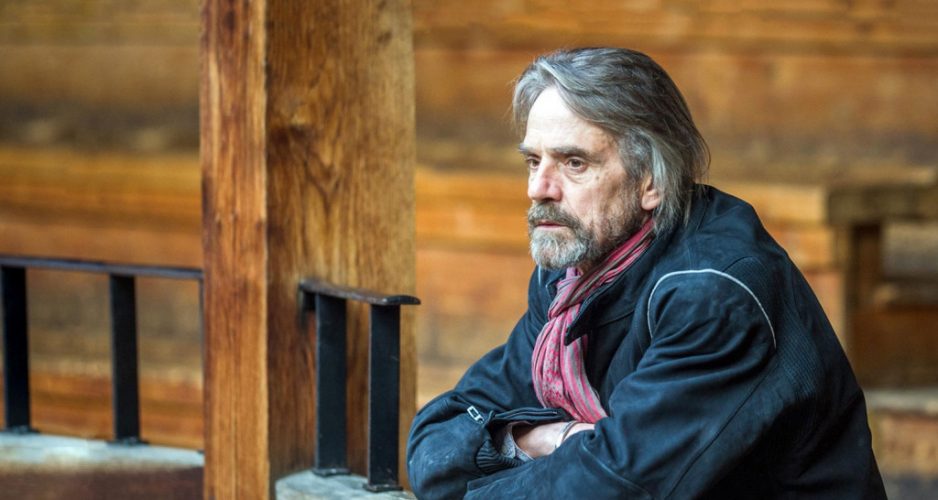 Shakespeare Uncovered dissects the stories behind some of Shakespeare’s most celebrated plays and their adaptations on television screens and the big screens. Each episode consists of interviews with actors, directors, scholars who have studied him and his writings. It also explores the important places and location of his stories. They also have excerpts from plays staged at Shakespeare’s Globe Theatre in London. Works referenced in the series include “Hamlet,” “A Midsummer Night’s Dream,” “King Lear,” “The Taming of the Shrew,” “Othello,” “Antony and Cleopatra” and “Romeo and Juliet.” The show first premiered on 19 June 2012 and airs on PBS.

Shakespeare Uncovered Cast: Who’s in it?

The cast of the show consists of the hosts of the show who are passionate about the subject, actors who have played or portrayed certain characters written by him, and other actors who appear just for the purpose of an interview where they talk and discuss the characters of his plays. The people who have been featured in the show so far are Jade Anouka as Juliet, Tom Hiddleston from the Avengers franchise as Henry V, Tori Sparks as Lady Macbeth, David Tennant as Hamlet, Mary Doherty as Emilia, Harriet Walter, Simon Russell Beale, Vanessa Redgrave, and Ian McKellen.

The different episodes and seasons have had different hosts, and each host has a special connection to Shakespeare and is passionate about it as well. Each of our six hosts represents a personal and deeper connection with the plays they present. Christopher Plummer has been one of the great Lears; Kim Cattrall has played Cleopatra not just once but twice on the English stage, and Morgan Freeman has played The Taming of the Shrew’s Petruchio that was held at New York’s Shakespeare in the Park; Joseph Fiennes has portrayed Romeo in the Academy Award-winning movie Shakespeare in Love; and Hugh Bonneville started his career as an understudy in A Midsummer Night’s Dream. David Harewood plays an acclaimed Othello at London’s National Theatre– the very first black actor to play the role there.

Shakespeare Uncovered Plot: What is it about?

The show discusses and dissects the stories and plays of one of the greatest writers of the English language. He is often attributed as England’s national poet and the “Bard of Avon.” Each episode comprises of interviews with actors who have been a part of Shakespeare’s stories and plays, the directors who have directed them and the vision that they had for them, and the scholars who have spent their lives studying his work. The episodes also include visits to the important locations and some clips from the most celebrated films and television adaptations and some illustrative excerpts from the plays that were staged specially for the series at Shakespeare’s Globe in London. The show is not just about that but also about unearthing the stories that have inspired the writers to write these stories that have struck a chord with so many people transcending the boundaries of time. Like every great art behind every Shakespeare play, there is a story.

The series reveals not just the elements in the play, but also the history of the play itself. The actors also talk about the characters in depth; what have been their experiences while playing those characters, and how they prepared for those roles. The characters in all of Shakespeare’s plays were multi-dimensional; they had multiple layers and the actors talk about how they managed to peel off the character they played layer by layer. The series goes through all of his famous plays and also the not so famous ones discussing in detail about why certain stories connected more with the audience while the others did not. What were the ingredients in his best plays that made them the best and how he managed to create that magic over and over again? What led to the creation of each of these enlightening works? What situation was the play written in? Where did Shakespeare get the plots for his stories, and what new forms of theatre did he forge? What factors, cultural, political, social and religious, were responsible for influencing his writing? How have the plays been staged and interpreted from Shakespeare’s time to now and what changes have been made over the decades? Why has each play been so popular – or ignored at different times?  What makes Shakespeare so great that people still keep falling in love with his work no matter how many times it has been portrayed? And finally, what is the reason for this body of work to have endured so thoroughly through time? These are the questions that the series answers.

Shakespeare Uncovered Season 4 Release Date: When will it premiere?

Season 3 of Shakespeare Uncovered premiered on October 12, 2018.  There has been no concrete news on the fourth season of this show as of yet. However, it is highly likely that the series will return with more stories and interesting tidbits of this amazing writer who has influenced generations with his pen. If the show does get renewed we expect Season 4 to release sometime in 2020.

You can get a glimpse of what Shakespeare Uncovered is all about by watching the trailer of Season 3 below.