When is ‘Shameless’ S10 Coming to Netflix? 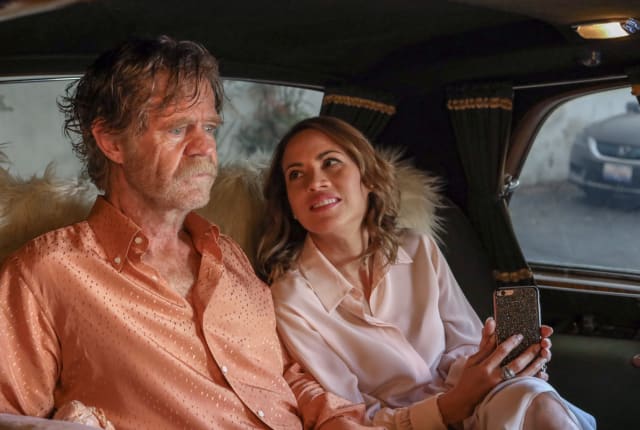 ‘Shameless‘ is one of the most beloved, and longest-running series on Showtime. It is an adaptation of Paul Abbott’s British series of the same name, but ‘Shameless’ has been just as successful on this side of the pond. We follow the exploits of the Gallagher family in Chicago. Their socio-economic conditions force them to face every day with resourcefulness and grit. While the family patriarch, Frank, is usually looking for quick schemes to get rich, it is Fiona who looks after the family.

However, in Season 10, this changes, with Fiona leaving. The responsibility falls on someone else. Moreover, Ian and Mickey are back as regulars, and their chemistry is adorable. With several ups and downs, the new season sees changing dynamics within the family, and even moments when Frank starts to take responsibility for his actions.

Since streaming is a popular option among viewers today, who prefer binging on television shows, you might be wondering about when is ‘Shameless’ Season 10 coming to Netflix. We have got you covered in that regard.

Since ‘Shameless’ is a Showtime series, you might be wondering if it will come to the streaming platform at all. Well, Netflix has a carefully curated library of content, which aims to please diverse tastes. As of now, 9 seasons of Showtime’s ‘Shameless’ is on the platform. This is part of a deal that Netflix has with Showtime, which allows Showtime to keep the shows exclusive to their network, before allowing them to be streamed. This usually means that a season of ‘Shameless’ becomes available for streaming around the same time that Showtime releases a new season.

Naturally, this raises the question of when ‘Shameless’ Season 10 will become available. Notably, it is not a question of if it will become available. We are sure that the latest season is headed to the streaming giant. While no official date has been announced yet, it is not too difficult to hazard a guess about when we can stream ‘Shameless’ Season 10 on Netflix. All we have to do is study the pattern of the past seasons.

If we look carefully, we see that Season 9 aired the last episode on Showtime on March 10, 2019. It was added to Netflix on September 10, 2019. Similarly, Season 8 finished airing on January 28, 2018, and became available on the streaming platform on July 28, 2018. Therefore, it is evident that the platform adds the season six months after the final episode airs.

Going by that logic, we know that ‘Shameless’ Season 10 aired the final episode on January 26, 2020. Therefore, we should expect it to release on Netflix on July 26, 2020. All 12 episodes of the season will become available for streaming at the same time. Viewers will get plenty of time to catch up with what happens in Season 10, before Showtime releases ‘Shameless’ Season 11 in November 2020.

This season is being touted as the final season of the series and is expected to run till January 2021, meaning that Netflix might be adding Season 11 around July 2021. Stay tuned for an official update regarding Season 10’s Netflix release date.