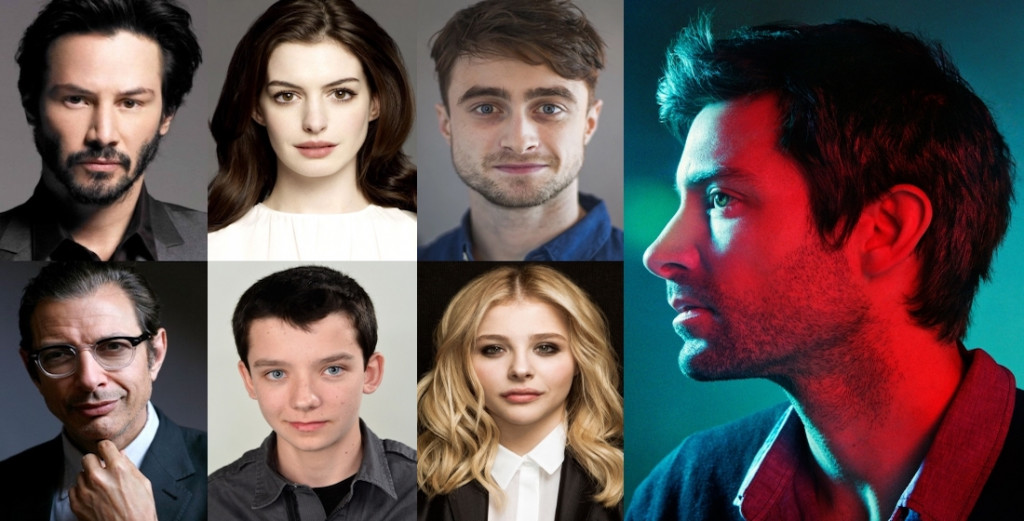 Shane Carruth, after directing two sci-fi masterpieces, has finally decided to take the full plunge into the mainstream Hollywood. He shunned Hollywood after massive breakout ‘Primer’ and took a 9 year hiatus before coming back again with another critically acclaimed and hugely appreciated ‘Upstream Color’. I suspected him to go back again into hibernation, in spite the announcement of his next film ‘The Modern Ocean’ back in 2014. But I had no idea what was cooking behind the scenes. It seems he was finalizing the 200-page script — which is described as being filled with pictures and diagrams.

Carruth has lined up a massive star-cast for his next film which includes the likes of Anne Hathaway, Keanu Reeves, Daniel Radcliffe, Chloe Grace Moretz, Tom Holland (our Spiderman), Asa Butterfield, Jeff Goldblum and Beasts of No Nation breakout Abraham Attah (THR reports). Carruth, of course, will himself star too.

I am excited not only because we will get to see the software engineer turned director Shane Carruth’s — who by now you’ll might have guessed we are a huge fan of — next film soon, but also because by jumping into the mainstream Hollywood he has opened for himself a lot of new doors. Believe me when I say it: Carruth is one of the most talented directors working right now and I see plenty of good things coming his way.

‘The Modern Ocean’ centers on the brutal competition over trading routes, culminating in an epic battle between cargo ships and their traders, with FilmNation adding, “This epic tale, fraught with danger and intrigue, takes us from the ancient trading houses of Algeria to the darkest depths of the ocean floor.” The producers also added that the film is “enormously inventive, but grounded in arcane reality” and “will draw audiences in to a secretive world filled with mysterious technologies and bitter rivalries.”

No release date has been announced till now. But given the fact that Carruth likes to do everything — from editing to score — himself, one can expect him to take his own sweet time. There is not even any rumor about when the film is going come out. But most likely it might premiere at Sundance Film Festival in 2019.