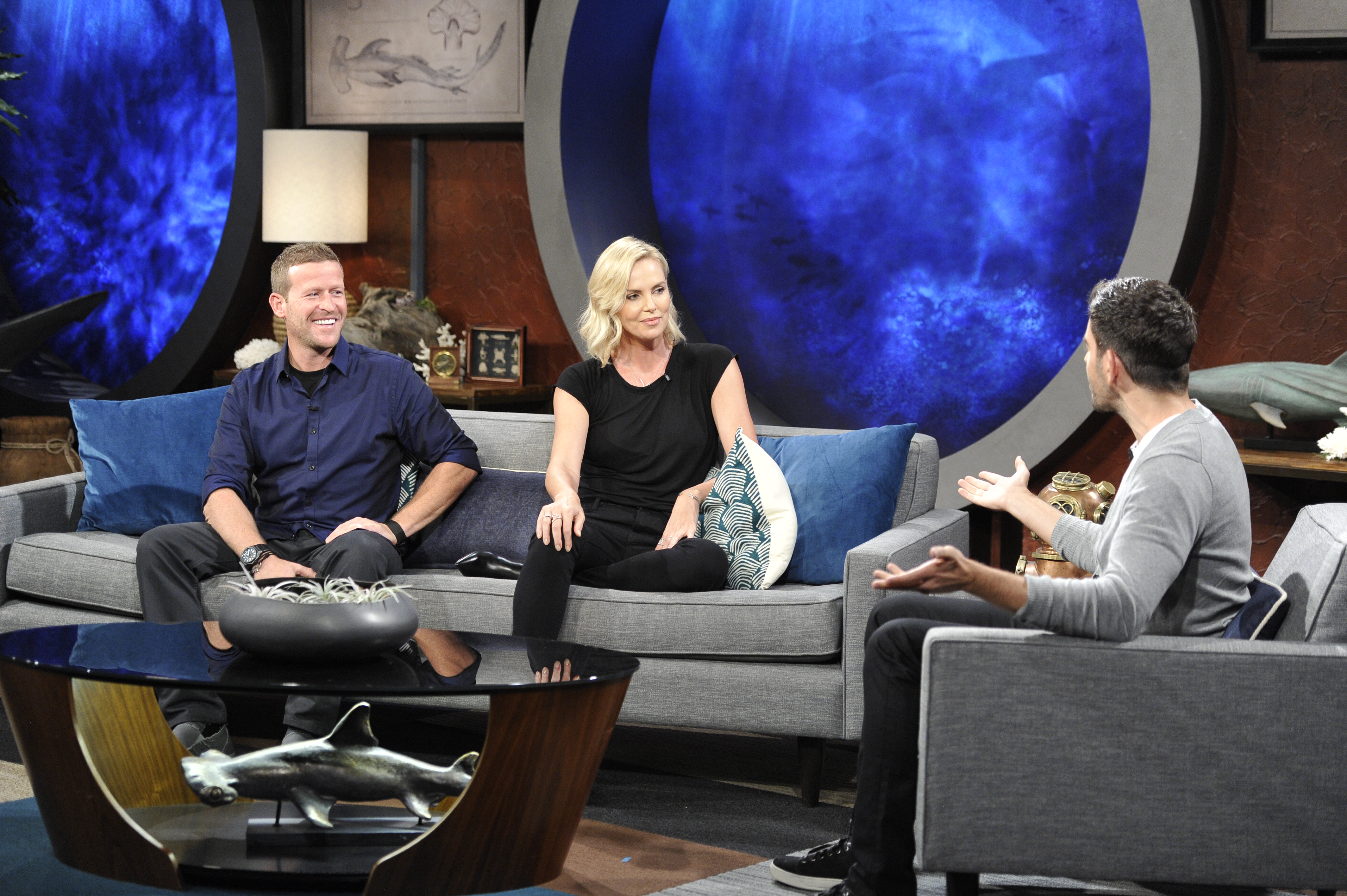 ‘Shark Week’, one of the longest-running summer events on TV, has spanned almost three decades since its first premiere in 1988. Of course, accompanying ‘Shark Week’ for the last 7 years has been the talk show, ‘Shark After Dark’, airing on the late-night slot of Discovery and featuring celebrity appearances, sneak peeks into upcoming programming, and breakdowns of previously aired documentaries. Spanning 7 seasons after its premiere on August 4, 2013, ‘Shark After Dark’ is one of the most watched shows on Discovery.

Shark After Dark Cast: Who is in it?

‘Shark After Dark’ is hosted by Julian McCullough, the winner of the competition,’New York’s Funniest’. Julian’s acting credits include his appearances on ‘Love You’, ‘Mean It with Whitney Cummings’, ‘Chelsea Lately’, and ‘Guy Code’. Accompanying him  is America’s beloved cartilaginous sidekick, Bob the Shark. The duo leads the audience on a hilarious ride of “all-things shark” across the episodes.

Shark After Dark Plot: What is it about?

Ever since Steven Spielberg’s ‘Jaws‘ hit the screens in the 1970s, movies about sharks have made a name for themselves in the world of entertainment. These huge, cartilaginous predators that roam the depths of oceans have never failed to fascinate us — not to mention leaving us a bit wary of venturing too near to the waters. Diving deep into the cultural frenzy is Discovery’s ‘Shark Week’. The annual summer event is dedicated completely to the celebration of these amazing creatures. Of course, it comes accompanied by its obvious after-show, ‘Shark After Dark’. As evident from its name, it airs on the late-night slot on the network.

The format followed by ‘Shark After Dark’ embraces those of other talk shows. However, the only difference is its subject matter. Airing for five nights, each episode features shark experts, shark fans, and celebrities who are in awe with these aquatic entities.

The show is basically McCullough holding discussions with multiple shark aficionados, celebrities, and researchers, who reveal fascinating facts about these animals. Some of the celebs making special appearances across the seasons include Charlize Theron, Kevin Hart, Chelsea Handler, Mark Cuban, and Tony Hale, to name a few. The show recounts the “fintastic” moments that have been highlighted across ‘Shark Week’. Additionally, it also lends sneak peeks into future, upcoming titles for the following day. It airs every night after the day’s shows have ended and serve as a look-back into the events gone by.

2019’s ‘Shark Week’ featured “bigger sharks and even bigger bites!” Its line-up included more than 20 hours of never-heard-before, extraordinary shark tales. Viewers got to know some amazing facts about the mysterious worlds of these fascinating creatures. The show is the ultimate “Shark Trip” with your favorite stars!

Shark After Dark Season 8 Release Date: When will it premiere?

Now, as far as a renewal is concerned, Discovery has not come up with an official announcement yet. But it is really not difficult to predict that another season is certainly on its way next year. The ‘Shark Week’ franchise is huge and it is not going off the grid anytime soon. And the same is the case with its accompanying talk show. Next, what about a release date? This is also fairly simple to predict. Since the event is always aired during the summer of each year, as per our best guess, we can expect ‘Shark After Dark’ season 8 to premiere sometime in July or August 2020. We shall update this section with more concrete news as and when we learn more about the exact ‘Shark After Dark’ season 8 release dates.

Discovery does not release a full-fledged trailer for ‘Shark After Dark’. However, if you wish to check out the clips from the show, you can always head to their official site.