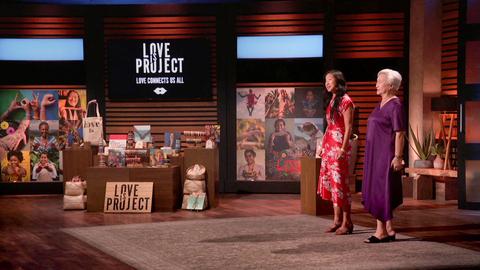 In the 10th episode of ‘Shark Tank’ season 12, Sharks Mark, Barbara, Kevin, Lori, and Robert listen to pitches from four entrepreneurs with creative ideas – cheese-style slices that are flavored with sauce; designs made by artisans accumulated from around the world to spread love to global cultures; an Afro-Latina inspired beauty, fashion, and lifestyle brand; and a device that you can attach to a champagne bottle. We have provided more details about the last episode in the recap section. Let’s see what the next episode – season 12 episode 11 – has in store for us.

If you have a valid cable subscription, you can watch the 11th episode of ‘Shark Tank’ season 12 by simply tuning in to ABC at the time slot mentioned above. You also have the option to watch the episode online, the day after it is aired, on ABC’s official website. Additionally, you can stream the episode online on YouTube TV. Otherwise, you can also use your Hulu account to watch and catch up on the already-released episodes. Also, if you plan on ditching the cable, you should know it is available for streaming on Directv & Fubo TV.

In the 11th episode, Sharks Mark, Barbara, Kevin, Lori, and Daymond will hear out four teams of hopefuls and decide whether or not to invest in their business. The pitches will be from the following start-ups – “Entrepreneurs from Chicago, Illinois, pitch their “egg-citing” take on traditional snack food. An immigrant from Ghana and a social media star from Indianapolis, Indiana, brings new meaning to taking coffee on the go with their single-serve all-in-one portable product. A husband-and-wife duo from San Francisco, California, presents their beverage line” — as outlined by ABC

Slice of Sauce is a product that converts bottled ingredients like Sriracha, Ketchup, and more into mess-free slices to increase the taste of dishes like sandwiches, burgers, and wraps. Next up is Love is Project, which is created to enhance our admiration for artisan-made LOVE bracelets from around the world. More than the product, the brand gives jobs to more than 2,000 female artisans in ten countries. The third product is Luna Magic, a beauty & lifestyle company founded by sisters Mabel and Shaira Frías. Finally, we have the Bubbly Blaster, which can be attached to any champagne bottle, to make the drink mess-less. The one-handed gadget is extremely easy to use because of its pressure sensitive trigger. It additionally works as an airtight stopper to preserve the champagne for a long duration.