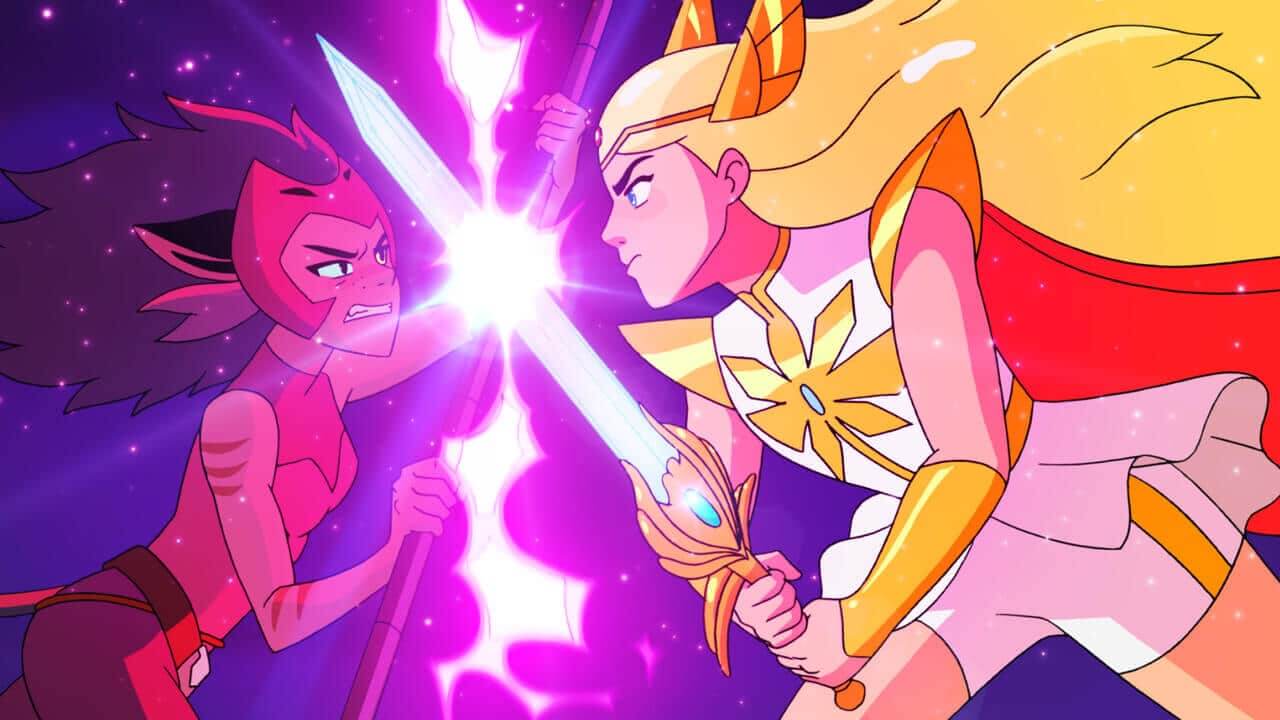 She-Ra and the Princess of Power is an American animated web-television series. The series is a sequel to the animated film series with the same name that was released in 1985. The new show is conceptualized by Noelle Stevenson, who is an American cartoonist. Noelle, who is also the showrunner of the series, is known for her Eisner Award-winning comics Nimona and Lumberjanes. Dreamworks Animation Television produced this series. The first season premiered on Netflix on November 13, 2018, whereas second and third season came out on April 26, 2019 and August 2, 2019 respectively.

The show has received a nomination for the GLAAD Media Award for Outstanding Kids & Family Programming. The creators had declared before the release of its first season that an element of homosexuality would be introduced in the show to address the growing homophobia amongst the increasing population. The series did go on to represent a very fluid relationship between the main character Adora and her best friend, Catra. It also exhibited a very deft approach when it depicted characters from varied ethnicity and backgrounds.

Here’s everything we know about She-Ra and the Princess of Power season 4.

She-Ra and the Princess of Power Cast: Who’s in it?

The main character of Adora is voiced by Aimee Carrero. The villain Hordak is voiced by Keston John. Apart from these, Karen Fukuhara as Glimmer, AJ Michalka as Catra, Marcus Scribner as Bow and Lorraine Toussaint as the shadow weaver, are the other regulars in the series. We also have Reshma Shetty, Lauren Ash, Dana Davis, Christine Woods, Jordan Fisher, Gey Griffin, and many others giving voice-overs for supporting characters.

She-Ra and the Princess of Power Plot: What is it about?

The show revolves around a girl, Adora, who is raised by the Horde group, a band of villains whose leader goes by the title Hordak, the ruler of the planet Etheria. Hordak is known to be a very strong and mean ruler and people of Etheria are extremely fearful of him.

One day, Adora finds a magic sword in the forest, which transforms her into the all-powerful She-Ra. She then realizes the kind of tortures Hordak has been inflicting on his people. She joins the Resistance, the opposition group and creates a Princess Alliance along with other magical girls who are against Hordak. This makes her erstwhile best friend in the group Catra to go against her. The first season has focused more on introducing the characters and their relationships so that they can be seen to develop further in the coming seasons. The new version is primarily different from the earlier version in that the former has characters of different ethnicities and sexual orientations to depict diversity in the society.

Noelle Stevenson mentioned in an interview that “the series’s thematic core is the relationship among its teenaged characters, which range from “wide-eyed love” to “heart-rending jealousy, crushes and infatuations.” She-Ra is created using traditional animation, with the exception of some computer animation for “complicated machinery”.

The series also emphasises the importance of taking action irrespective of one’s own strength or situations. It shows that magic cannot be a long-lasting answer to all problems and people have to take initiative to bring a change in their surroundings. Before the premiere of season 1, there was a backlash on social media on She-Ra’s appearance as was shown in the trailer. According to a good number of reviewers, as per the original series, She-Ra is a girl and not a woman. Also, unlike the original show, the characters belonged to a diverse background and ethnicity to be more reachable in the 21st-century society.

Vox shared its take on the series: “In rebooting the beloved series, Stevenson has created something special, a cartoon that both honours and improves on the original by amplifying its characters’ feelings, and emits equal parts electricity, joy, and warmth. Like its titular hero, She-Ra is so full of heart that it’s easy to recognize its humanity, even with all the super-powered hijinks going on.”

She-Ra and the Princess of Power Season 4 Release Date: When will it premiere?

She-Ra and the Princess of Power season 3 premiered on August 2, 2019 on Netflix. Remember Netflix had initially ordered the show for one season. But gauging the popularity of the show amongst the kids and adults alike, two more seasons were ordered. As far as the next season goes, we don’t have an official announcement yet, but in November 2018, Noelle Stevenson was quoted saying, “we now have four arcs of 13 episodes done.” Which was interpreted as unofficial renewal announcement.

She-Ra and the Princess of Power season 4 is all set to release on November 5, 2019. Time to get excited!

She-Ra and the Princess of Power Trailer:

Check out season 4 trailer below.