She Ra And The Princesses of Power Season 5: The Complete Details 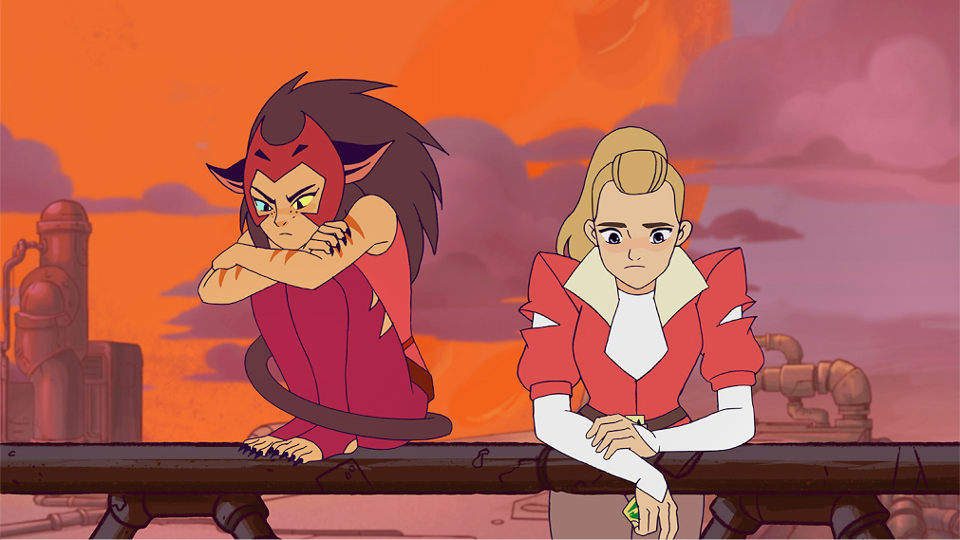 ‘She-Ra and the Princesses of Power’ is an animated web television series that airs on Netflix, where it originally premiered on November 13, 2018. Created as a reboot of the 1985 Filmation series, ‘She-Ra: Princess of Power’, the story narrates the tale of Adora, a teenage princess and her ongoing rebellion against the evil Hordak and his Horde. Adora is the leading character, namely She-Ra, who is the captain of a team of princesses with magical powers. Together, they join hands to defeat Hordak.

Developed by Noelle Stevenson and produced by DreamWorks Animation Television, ‘She-Ra and the Princesses of Power’ immediately garnered huge appreciation after its release. It was widely appreciated by critics, especially for its diverse cast and the depiction of She-Ra’s dynamics with her friend and foe Catra. A nominee of the prestigious GLAAD Media Award for Outstanding Kids & Family Programming, the show was quickly renewed for four more seasons. Read on to know the release date details for ‘She-Ra and the Princesses of Power’ season 5.

She Ra And The Princesses of Power Season 5 Release Date: When Will it Premiere?

‘She Ra and the Princesses of Power’ season 4 premiered in all its entirety of 13 episodes on November 5, 2019, on Netflix.

In March 2020, Netflix confirmed that the show has been renewed for its fifth and last season. The series creator said in a statement to the streamer, “I do feel very lucky because we knew from the very beginning what our episode order was, so we got to tailor the story very specifically to how long the show was gonna be.” ‘She Ra and the Princess of Power’ season 5 premieres on May 15, 2020.

She Ra And The Princesses of Power Season 5 Cast: Who Can be in it?

‘She Ra and the Princesses of Power’ features a talented cast of voice actors. Aimee Carrero stars in the titular role of Adora aka She-Ra. She is joined by Karen Fukuhara as Glimmer, Princess of Bright Moon; AJ Michalka as Catra; Marcus Scribner as Bow; Reshma Shetty as Angella, Queen of Bright Moon; Lorraine Toussaint as Shadow Weaver; and Keston John as Hordak, Horde Prime, and Grizzlor.

In season 5, all of the lead voice-cast will be returning to reprise their original roles.

She Ra and the Princesses of Power Season 5 Plot: What Can it be About?

‘She-Ra and the Princesses of Power’ is centered around Adora, who was brought up by the Horde — an army under the leadership of the evil ruler of Planet Etheria, namely, Hordak. While wandering in the forest, one day, Adora comes across a magic sword. As she takes it in her hands, she is transformed into the Princess of Power, She-Ra.

Eventually, She-Ra gets to know about the horrors inflicted by the Horde on Etheria and its inhabitants. This is when Adora joins hands with the Resistance and decides to overthrow Hordak,  by rebuilding the Princess Alliance — a team of young girls with magical powers who had once opposed the Horde. However, this step makes her former best friend Catra go against the heroine — as Catra is now a prominent official in the Horde.

In season 3, Catra opens up a portal after going against the advice of both Adora and Entrapta. When the portal threatens to destroy everything, Queen Angella sacrifices her own life to save everybody. Catra exiles Entrapta to Beast Island and Adora discovers that she is a descendant of the First Ones and that she had entered Etheria as an infant through that very portal.

Season 4 embraces the same premise and carries the story forward but in a darker tone. The Horde has overpowered the princesses from almost all directions and there is the terrifying threat of the Horde Prime in the near future. Secrets are revealed, lies are exposed, new facts are uncovered about the First Ones, and Adora and Glimmer become distant. Of course, the show has its signature bits of humor, but the darker undertone is more prominent.

We also witness Queen Glimmer’s coronation and the season follows her journey as she embraces new responsibilities as a ruler. The stress often causes her to lash out, especially at Adora. In fact, there is a rift between Adora, Glimmer, and Bow — a bitterness intensified by Double Trouble’s encouragement. Toward the end, the season does not even resolve the issues, leaving it open-ended.

Meanwhile, Catra and Hordak celebrate one of their victories. Scorpia, Catra’s close, supportive friend, finally realizes that the latter is not much of a great person. We also get to know about Adora’s history in the fourth season, learn about the First Ones, their activities in Etheria, the origins of She-Ra, the past of Mara, and the reason why Etheria is in Despondos.

Yes, the last season does reveal a lot of information and still, leaves many questions unanswered. The fundamentals of the show have changed and hence, we are prepared to witness some new storylines in the next season. There might be more examples of the strength of friendship, we might see the issues between Glimmer and Adora finally getting solved, and the princesses making up for lost ground. The stakes will be higher than ever and season 5 is expected to be packed with tension, twists, and further plot changes.

She Ra And The Princesses of Power Trailer

You can watch the official trailer for season 5 of ‘She Ra and the Princesses of Power’ below.