She Was Pretty Season 2: Premiere Date and Cast 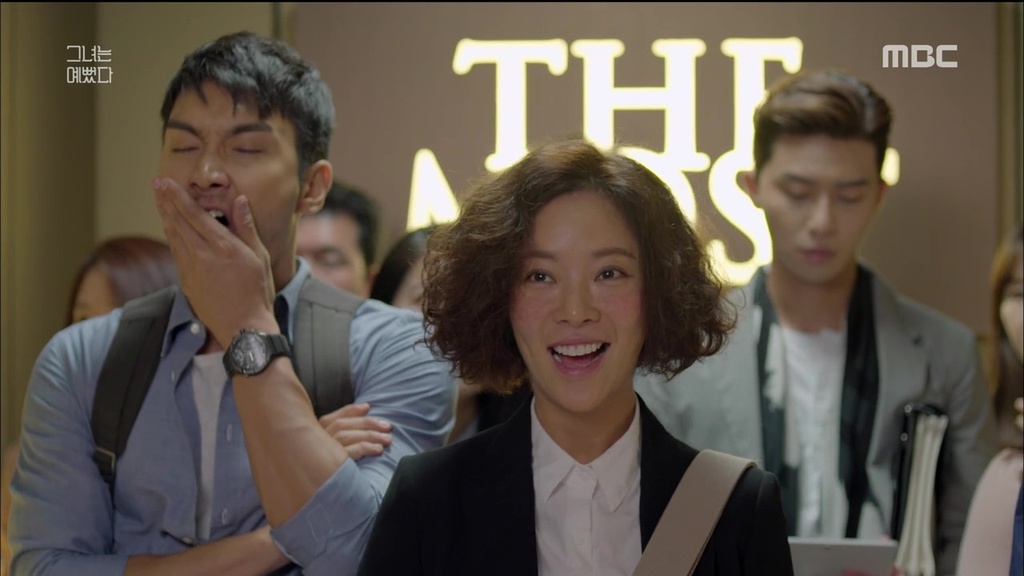 ‘She Was Pretty’ is a South Korean television series that aired in 2015. Written by Jo Sung-hee and directed by Jung Dae-Yoon, it is based on a true story. This romantic comedy tells the story of Kim Hye-jin and Ji Sung-Joon, two childhood sweethearts and best friends who have drifted away and haven’t seen each other for years.

Growing up, Hye-jin was a beautiful girl who belonged to a wealthy family while Sung-Joon was an unattractive chubby kid, often bullied by his classmates. However, 15 years later, their fortunes have reversed. Sung-Joon is now a handsome and successful director while Hye-jin has experienced hardships, lost her beauty and is barely making ends meet. When Sung-Joon asks Hye-jin to meet him again, she is too embarrassed by herself and asks her best friend to pretend to be her and meet him instead.

She Was Pretty Cast: Who is in it?

Hwang Jung-Eum received positive reviews for her stellar performance as Kim Hye-jin. Hwang first debuted back in 2001 as the lead vocalist of the K-pop girl group Sugar. She saw mainstream success as part of the daily sitcom ‘High Kick Through the Roof’ in 2009. Besides this, Hwang has been a part of other successful shows like ‘Secret Love’, ‘Kill Me, Heal me’, ‘Lucky Romance’ and ‘The Undateables’. In 2015, Ize magazine named her as one of the 10 Persons of the year.

Park Seo-Joon stars as Ji Sung-Joon, a once bullied, unattractive, chubby kid who turns his life around to become a handsome, successful editor. Park is well known for his roles in multiple television dramas like ‘Kill Me, Heal Me’ (2015) and ‘Fight for My Way‘ (2017). For his part in ‘What’s Wrong with Secretary Kim’, Park received positive reviews and was dubbed the “Master of Romantic Comedy” by the Korean press. Park has also been a part of the films ‘Chronicles of Evil’ and ‘Midnight Runners’.

Go Joon-hee plays Hye-jin’s best friend and roommate, Ha-ri, an attractive, confident and successful young girl. Go has previously appeared on many notable television dramas including ‘Listen to My Heart’ (2011), ‘The Chaser‘ (2012) and ‘Queen of Ambition’ (2013).

Choi Si-won plays Hye-jin’s direct supervisor, Kim-Shin-hyuk. Shin-hyuk develops a close bond with Hye-jin and eventually falls for her. Si-won is a part of the South Korean boy-band, Super Junior. Besides this, he has played lead roles in many television dramas like ‘Oh! My Lady’ (2010), ‘Poseidon’ (2011) and ‘Revolutionary Love’ (2017).

She Was Pretty Plot: What is it about?

‘She Was Pretty’ tells the wonderful story of childhood sweethearts Kim Hye-jin and Ji Sung-Joon. Growing up, Hye-jin is a beautiful girl who belongs to a wealthy family. She is popular with the other kids and has a very comfortable and easy life. Sung-Joon, on the other hand, is an unattractive, chubby kid who is often bullied by his classmates.

Hye-jin understands the pain he is going through and offers him a much-needed friendship by protecting him and being there for him on difficult days. For young Sung-Joon, Hye-jin is like a shelter on a rainy day. Their relationship ends as they are drift away when Sung-Joon moves to the US with his parents.

The series begins with a grown-up Sung-Joon pondering over old letters written to him by Hye-jin. Sung-Joon is now a handsome, successful man, very different from what he was growing up. He has not forgotten his childhood sweetheart, who was there for him when no one was. He decides to reconnect with Hye-jin as he is returning to Korea after 15 years.

At the same time, Hye-jin has gone through an unfortunate transformation. Soon after Sung-Joon moved away, Hye-jin’s father’s publishing company goes bankrupt. Hye-jin goes through miserable years and is now an unattractive, unemployed, low on confidence girl who is barely making ends meet. She is living rent-free with her best friend, Ha-ri. When Hye-jin receives Sung-Joon’s email, she is ecstatic. She is excited to reunite with her childhood best friend after years. In many ways, Sung-Joon is a reminder of the good times for Hye-jin, before everything crumbled away.

However, when she comes face to face with Sung-Joon, he doesn’t recognize her. He is this extremely confident and handsome guy. Hye-jin is ashamed of herself after this encounter and convinces Ha-ri to meet him instead, and pretend that it’s her.

Things start getting more complex when Hye-jin realizes that her new boss at work is none other than Sung-Joon. Sung-Joon gives Hye-jin a very hard time for her work ethic and lifestyle in general and is extremely critical of her. This is probably because his miserable childhood has shaped him into becoming disciplined and organized. However, eventually, even without knowing her true identity, Sung-Joon starts falling for Hye-jin.

‘She Was Pretty’ is a beautiful story of how physical distance, external beauty or success have no effect on two people who once loved each other for their hearts. It is a modern-day reminder for all of us that when it comes to love, there is no logic and love always finds its way. It is a wonderfully written and directed series that should be on your list of rom-com for sure.

She Was Pretty Season 2 Release Date: When will it premiere?

‘She Was Pretty’ Season 1 premiered on MBC on September 16, 2015, and concluded on November 11, 2015, after 16 episodes. The series was a massive hit domestically and also internationally, especially in China. This was Hwang Jung-Eum and Park Seo-Joon’s second project together since they previously starred together in Kill Me, Heal Me’ back in January 2015.

There is no official news of ‘She Was Pretty’ Season 2, and since the series ended on a perfectly complete note, it is highly unlikely that it will be recommissioned. In the event that ‘She Was Pretty’ Season 2 is made, it is likely to get a release date sometime in 2022. In any case, news of an upcoming season will be updated here, so, don’t forget to bookmark us!

She Was Pretty Trailer:

Check out the trailer of ‘She Was Pretty’ to get an idea of the show.