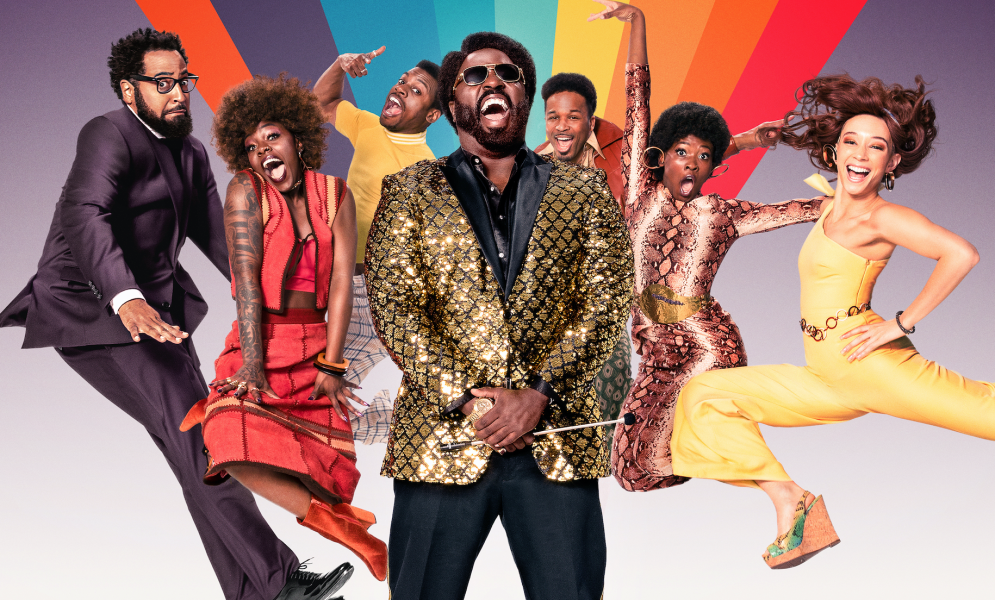 ‘Sherman’s Showcase’ is a comedy series created by Bashir Salahuddin and Diallo Riddle that feels like a mix of ‘Documentary Now!‘ and ‘Soul Train’, . It also takes inspiration from other variety shows such as ‘American Bandstand’, ‘The Midnight Special’, and ‘In Living Color’. ‘Sherman’s Showcase’ is executive produced by Salahuddin and Riddle, alongside John Legend, Frank Scherma, Jim Bouvet, Mike Jackson, and Ty Stiklorius.

IFC’s president Jennifer Caserta expressed his happiness about the show, saying, “When Bashir and Diallo brought us such a fully formed concept, universe, and tone from the first pitch, we knew this was going to be a special show for IFC. We’re incredibly excited that they brought Radical and Get Lifted into the mix from the start because music is integral to this show’s dynamite DNA.”

Sherman’s Showcase Cast: Who is in it?

‘Sherman’s Showcase’ is hosted by Sherman McDaniel (Bashir Salahuddin), who extracts musical and comedic elements from a fictional, forty-year-old library of an iconic musical variety show. Chicago-based Salahuddin is a writer and actor, best known for ‘Snatched’, ‘A Simple Favor’, and ‘Maya & Marty’.

Salahuddin is expected to return for season 2. You can also expect a slew of new guests in the next season.

Sherman’s Showcase Plot: What is it about?

‘Sherman’s Showcase’ is dubbed as a series that presents a sequence of infomercials for a DVD compilation of a 40-year-old music variety show. Complete with funny musical parodies, outrageous period costumes, and hilarious impressions, the variety sketch show is conceptualized as a trip through time via clips older than four decades. Each episode also showcases prominent celebrities from movies, music, sports, and entertainment, which include two EGOT winners and multiple award-winning artists, actors, and entertainers.

‘Sherman’s Showcase’ can be said to resemble Salahuddin and Riddle’s other creation, ‘South Side‘, since both of them try to highlight the unique traits, tropes, and injustices that define a certain section of black culture. However, only the premise can be said to be similar; otherwise, the concepts are completely different.

On Showcase, every week, Sherman unveils his collection from the vault and takes viewers on a funny experience by playing comedy and musical numbers from his storage. The acts can be anything — a fake artist recreating a real artist or a comedian enacting the role of a real performer. Unconventional, irreverent, and obviously hilarious, the series opens with John Legend, who informs the audience about the origins of “The Showcase”, detailing Sherman’s parentage, the show’s evolution, and major milestones of the series since 1972 to current times. It is, in fact, a spoof of the numerous, famed musical variety shows from the 1970s and 1980s.

Sherman’s Showcase Season 2 Release Date: When will it premiere?

‘Sherman’s Showcase’ season 1 premiered on July 31, 2019 on IFC. Spanning eight episodes, it ended its run on September 11, 2019. This is the second original series created by Riddle and Salahuddin after ‘South Side’. The Emmy-nominated duo is already recognized for their work on ‘Late Night with Jimmy Fallon‘, ‘Slow Jam the News with Barack Obama’, and ‘The History of Rap with Justin Timberlake‘.

Now, as far as a renewal goes, IFC has not come up with an official announcement yet. But considering the successful history of shows delivered by this highly creative pair, we would not be surprised if the show comes back for another season next year. If renewed, our best guess is that ‘Sherman’s Showcase’ season 2 could premiere sometime in July 2020.

While we wait for ‘Sherman’s Showcase’ season 2, check out the official trailer for season 1 below. You can also head to their official site if you wish to checkout previous episodes of the show.