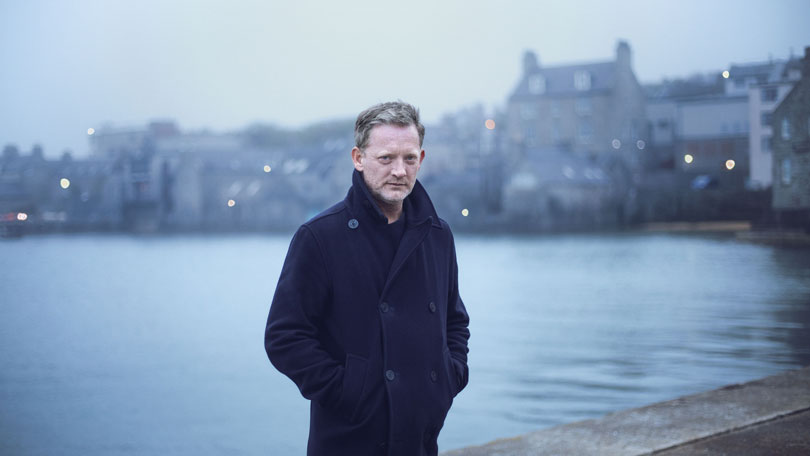 A crime drama of the British origin, Shetland is a TV series based on the novels by award-winning writer Ann Cleeves that premiered on BBC One on 10 March 2013. It is written and created, all through its five seasons, by David Kane and is produced by the ITV Studios. Led by Douglas Henshall who plays Jimmy Perez, a detective inspector, a role that brought him the BAFTA Scotland Award for Best Actor in 2016, Shetland follows him and his team as they investigate criminal activities on the historic Shetland Isles in Scotland.

The filming of the series largely covers the Scottish mainland including Kilbarchan in Renfrewshire, Barrhead, Lerwick, Ayr, Fair Isle and Irvine, North Ayrshire, among other dauntingly picturesque locations of Scotland. Five series have been aired as part of Shetland so far, the most recent one having premiered on February 12, 2019, and concluded on March 19, 2019. The series is broadcast on PBS in the United States and recently became available on Netflix from 2016. Only the first three seasons can be streamed on the site as of now. We might soon be seeing the remaining two seasons on the streaming website, hopefully before 2020.

Shetland Cast: Who is in it?

As mentioned earlier, the biggest name on the show’s slate is Douglas Henshall as Jimmy Perez who is a DI for the Shetland police. The show features several more prominent actors and actresses on par with the quality of production that ‘Shetland’ brings including Alison O’Donnell as Alison “Tosh” Macintosh (Detective Sergeant), Steven Robertson as Sandy Wilson (Detective Constable), and Mark Bonnar as Duncan Hunter, all part of the cast since series 1. Another principal member of the cast is Erin Armstrong as Cassie Perez, biological daughter of Duncan Hunter and stepdaughter of Jimmy Perez. Julie Graham as Rhona Kelly, procurator fiscal at Shetland Police, Lewis Howden as a police sergeant and Anne Kidd playing Cora McLean, the forensic pathologist, form the rest of the cast.

Shetland Plot: What is it about?

Shetland featured its first crime story based on the novel by Ann Cleeves, Red Bones that is recounted across two episodes, forming the first season of the series. The second season, set on the scenic landscapes of the Scottish archipelago, is extended to six episodes and covers three two-part stories that are based on the subsequent novels Raven Black, Dead Water, and Blue Lightning. A change of format is evident from its third season which features an original six-part story chronicling around a young man, having suddenly gone missing on a ferry crossing and a little boy who is found in the intensive care unit from overdosing on Ecstasy; both incidents have something in common that is revealed towards the end of the season. The fourth season follows Thomas Malone, a convicted murderer whose release leads a two-decade-old cold case to be reopened.

The latest edition of Shetland follows the murder of a young Nigerian man initially thought to be a drug-related crime but has more to it than meets the eye. As a complicated investigation ensues, links to sex trafficking are established and Paul Kieran and Jimmy Perez travel to Glasgow to pursue several leads. With Jimmy being tailed, Cassie’s life is threatened, and thus unfolds another series of traumatic events. The season is again an original six-episode saga which starts with the remnants of a body being uncovered from the sea and leads into a revelation of a web of secrets in a classic thriller fashion. Not one to shy away from intense storytelling, Shetland concludes in a similar explosive fashion as its previous seasons. Without giving away any spoilers to the season, we will repeat the official synopsis of the final episode of the season – “Duncan is traumatised after his discovery on the beach” – and leave it to you to uncover the mystery.

Douglas Henshall credits the success of the series to its characters, intriguing storyline, and the incredibly beautiful locations the series is set in. In an interview with BBC One, he said, “I think first and foremost it’s the characters. Secondly, closely followed by, the place that it’s set in. Not only because it’s beautiful but because it’s like another character in the show. I think people are drawn to the place because they imagine themselves there. But I really have to give credit to the writers and producers because they are the prime reason. And the books, they’re incredibly popular. All those ingredients together work very well for us!” Discussing his views on his character’s arc, he continued, “I think he’s slightly more disillusioned than he was. Shetland’s a lot more violent than he thought it was going to be – people seem to get murdered there a lot! And I think he’s finding being without his wife a lot harder, and the idea that he is still alone 10 years after it happened is as much of a surprise to him as everyone else. Bringing up a young daughter has been very difficult and reminds him of the loss he’s had and how he can’t be with anyone that’s not good for her.”

Shetland Season 6 Release Date: When will it premiere?

Season 5 of Shetland premiered on February 12, 2019. The show has enjoyed an overwhelmingly positive critical reception throughout its five seasons. It is neither renewed nor cancelled for now, with the air date for season 6 still TBD. When the next season does return, it will follow a fresh story featuring characters from the first season in addition to a new cast. Season 5 of Shetland was announced a few months before the season actually aired, and the news was confirmed on BBC Scotland‘s Twitter handle. We may be in for a similar pattern this time around as well.

It may be a good idea to follow this site to stay updated on what’s coming next or even better, to stay abreast of the latest developments by bookmarking this page for all the newest bits compiled together exclusively for you. Going by the release dates of its previous seasons, it is very likely that season 6 will release in February 2020.

With no news on the renewal of the show and no announcements made by BBC One, it appears a sixth season has not started filming yet. And thus, there are no teasers or trailers for the tentative season available ye. While waiting for further updates, you can watch the official trailer of for the fifth season to get a glimpse into the show below. Here’s a little peek into the final episode of the last season before the traumatic events unfold.