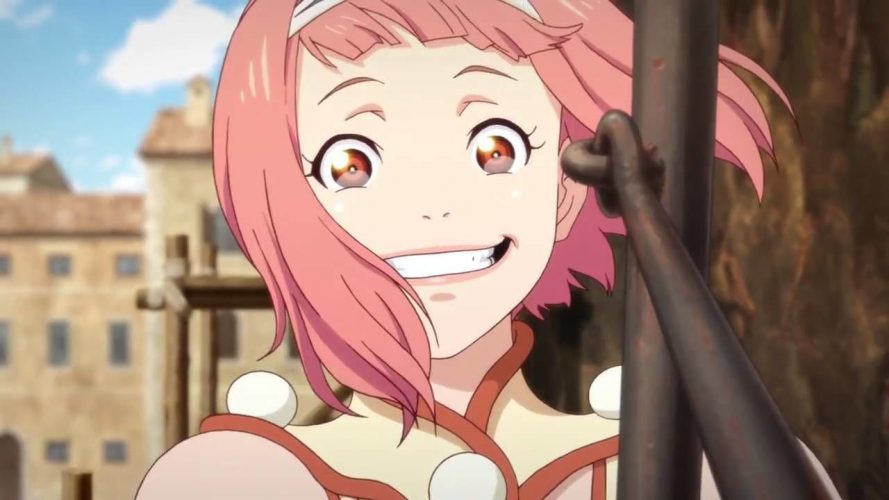 Rage of Bahamut (also known as Shingeki no Bahamut in Japanese) is a fantasy anime television series which is based on a game of the same name. Developed by Cygames and published by DeNA, the digital collectible card battle video game was released in Japan in 2011 and worldwide in 2012. Subsequently, an anime studio called MAPPA announced plans to adapt the game into an anime television series, and Season 1 of Rage of Bahamut premiered on October 6, 2014. It was a hit among fans of the game and new viewers alike, and subsequently, the show was renewed for a second season. Three years after the release of Season 1, Season 2 was released on April 8, 2017. Since then, fans have been waiting to hear news on a third season, and here’s everything we know about Season 3 thus far.

Rage of Bahamut Season 3 Release Date: When will it premiere?

In the time that has passed since the release of Season 2, a third season has not been announced. Following the release of Season 3, it was reported that the director of the show was not happy with the sequel, thus putting the prospects of the third season in question. That being said, anime shows sometimes take years to renew, and there’s still plenty of time for MAPPA to decide on whether to continue the series. Our best guess is that if the show gets renewed, Rage of Bahamut season 3 release date could be sometime in 2021. We’re keeping our ears open for news on Season 3 of Rage of Bahamut, and we’ll update this section as soon as we hear something.

For those who like watching anime shows in English, the good news is that Season 1 of Rage of Bahamut has a great English dub, and you can find dubbed episodes on Funimation and Amazon Prime. You can also stream it on Crunchyroll and Netflix with its original Japanese audio and English subtitles. Unfortunately, Season 2 is yet to receive an English dub, but we’re fairly certain that it’s only a matter of time before it is dubbed into English. Till then, you can stream its subtitled version on Amazon Prime.

Both seasons of the show are set in a mystical land called Mistarcia, which is the home to gods, demons, and humans. Prior to the events in the show, all three races teamed up to seal an ancient, malevolent dragon called Bahamut, and the key was split into two halves – the gods kept one while the other half was taken by the demons.

Season 1 starts off two thousand years after this event, and is set in a time when a fragile yet seemingly long lasting peace rules over the land. In this peace, bounty hunters work to make a living, and Season 1 follows the story of a young bounty hunter called Favaro Leone. While Favaro goes about his amoral work, he is pursued by the relentless and righteous bounty hunter, Kaisar Lidfard. However, both Favaro and Kaisar’s lives are thrown into chaos when a mysterious girl called Amira arrives with the gods’ half of the key to Bahamut’s prison. With no memory of how she came in possession of the key, Amira searches for her lost mother with the help of Favaro and Kaisar. However, this quest soon takes a dark turn, threatening to plunge Mistarcia into war and chaos.

Season 2 is also set in a similar timeframe but follows a different story. It is set at a time when humans have enslaved all demons in the capital city of Anatae. While humans thrive, demons are oppressed, leading to escalating tensions and fear of revolt within the city. In this backdrop, a cheerful young bounty hunter called Nina Drango arrives at the capital with hopes of settling down and earning a living. However, her life is thrown into chaos when she encounters the fearsome Rag Demon, who is bent on avenging the oppression of the demons.

Rage of Bahamut has seen dozens of characters take to the screen across the two seasons. While some characters overlap in the two seasons, others are new to Season 2. Below, we’ve provided you with brief backgrounds on some of the most important characters in the show.

Favaro Leone (Season 1, Season 2): One of the main characters in the show, Favaro is a laid-back and amoral bounty hunter. While Favaro makes a living while being on the run from Kaisar, his life takes a drastic turn when he meets Amira, who holds half of the key to Bahamut’s prison. Forced by Amira to help her find her mother, Favaro has to change his ways. He also ends up falling in love with Amira, but kills her at the end of Season 1 to prevent Bahamut from being released. In Season 2, Favaro’s disciple – Nina Drango – serves as the main character.

Kaisar Lidfard (Season 1, Season 2): Another main character in the show, Kaisar is a knight-turned-bounty hunter. After Kaisar loses his family honour and his knighthood thanks to the antics of Favaro, he vows to take revenge on him. However, while pursuing Favaro, Kaisar is also drawn into the quest involving Amira, and has to work together with Favaro despite his unwillingness to do so. He plays a crucial part in stopping Bahamut from returning and wreaking havoc on Mistarcia.

Nina Drango (Season 2): The main protagonist of Season 2, Nina Drango is a young and cheerful bounty hunter who was once the disciple of Favaro. Born to a dragon father and a human mother, Nina boasts superhuman strength and the ability to transform into a red dragon. She is loved by the people of the capital for her happy-go-lucky personality and she later falls in love with the king, Charioce XVII.

Charioce XVII (Season 2): Another important character in Season 2, Charioce XVII was born to a commoner concubine of the former king. However, with his supreme intelligence and sheer desire, he managed to become the king, and is a calculating and thoughtful king. Charioce XVII also wields a power stolen from the gods, and fears neither god nor demon. In the show, Charioce XVII first meets Nina when he is disguised as a commoner, and over the course of the show, he falls in love with her.