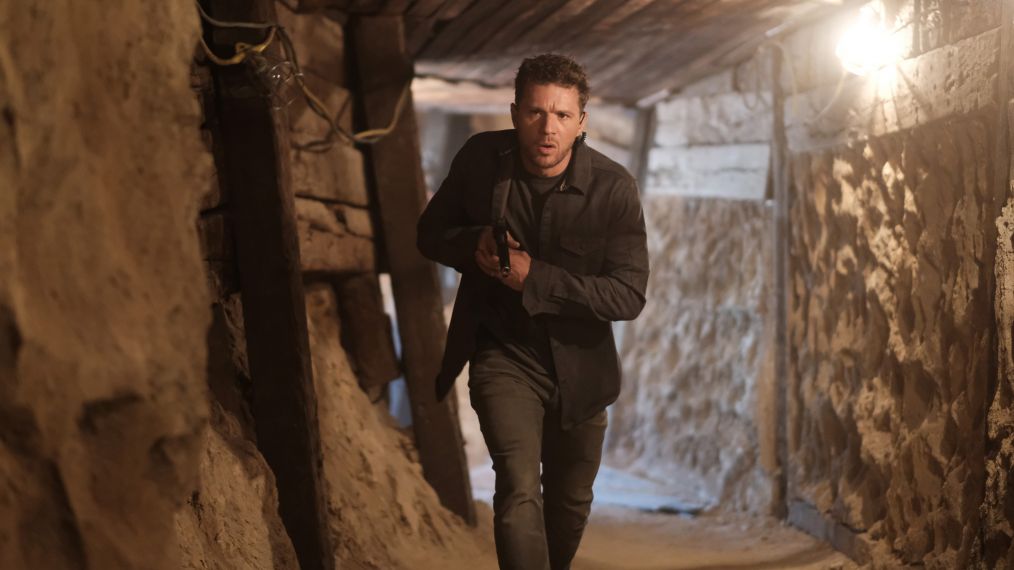 ‘Shooter’ is an American action-thriller television series that airs on the USA Network and first premiered on November 15, 2016. It is based on the novel by Stephen Hunter called ‘Point of Impact’, which also inspired a movie of the same name starring Mark Wahlberg. The show has been developed for television by John Hlavin. Among the co-executive producers are Walhberg himself and Lorenzo di Bonaventura, who is best known for producing the ‘Transformers‘ series.

The show revolves around Bob Lee Swagger, an expert marksman who is somewhat of a recluse and lives in exile. However, he is coaxed back into action when he learns of a plot to assassinate the President. Although the conspiracy thriller has all the necessary ingredients to make it a success, the critics have not found it too impressive, and have criticized it, saying, “Ryan Phillippe’s efforts aren’t enough to salvage Shooter, a tedious, under-developed drama that lacks an original voice or perspective.”

Shooter Cast: Who is in it?

The cast of ‘Shooter’ is led by Ryan Phillippe of ‘Cruel Intentions‘ and ‘I Know What You Did Last Summer’ fame, who appears as the protagonist Bob Lee Swagger. We are made aware that his character is a highly trained Force Recon Marine and also served as a MARSOC CSO Scout Sniper.

Shantel VanSanten, recognizable from ‘One Tree Hill‘, appears as Bob’s wife Julie Swagger, while Cynthia Addai-Robinson, known for her performances in ‘Arrow‘ and ‘Spartacus‘, appears as Nadine Memphis, an FBI agent who investigates Swagger, believing him to be part of the conspiracy to assassinate the President.

Jesse Bradford, known for roles in ‘Romeo+ Juliet’ and ‘Flags of Our Fathers‘, appears as Harris Downey, a staffer in DC who was once involved with Nadine.

There are other minor characters involved in the conspiracy where Swagger is being painted as a scapegoat, or who know Swagger and are on his side. However, one menacing character who deserves mention is Solotov, a Chechen expert sniper, who Swagger has encountered before. The character is played by Josh Stewart, who recently delivered a menacing performance in ‘The Punisher‘ and has also appeared in ‘The Dark Knight Rises‘.

Shooter Plot: What is it about?

‘Shooter’ is basically a conspiracy theory show, where a talented sniper, who happens to be an obsessive man, finds himself at the heart of a plot to assassinate the president and paint him as the scapegoat. He struggles to untangle himself from this mess and soon finds that plenty of powerful people are willing to watch him go down for this act. All he has to rely on is his skills and resources that he picked up during his Special Forces training. Think ‘American Sniper‘, but with the shooter being the one who is hunted.

If one is to view the show at all, it should be through the lens of America’s long engagement with gun violence. In fact, the release date was pushed back twice because it coincided with mass shootings in the country. That being said, audiences are often willing to travel down topical rabbit holes as ‘Mr. Robot’ has proven but with ‘Shooter’ the subject matter is rather bland and does not inspire a lot of hope. Despite the talent of the cast members, it often seems to intentionally include dramatic exposition. We should add a few words in praise of the show, however, whereon it touches on some mild political points. However, I am willing to give it more brownie points for portraying an army veteran, a sniper no less, as a devoted father and loving husband. Far too often, we see these people caricatured as cartoonish villains and mindless murderers, so this take on the character is indeed refreshing.

Variety sums up the show best, saying, “This is a nation fascinated with guns, secretive plots, unseemly meddling at the highest levels of government, the use of military force, and the secrets of covert operatives. Perhaps the most unsettling thing about ‘Shooter’ is that it muddles through all those subjects in an attempt to deliver a conspiracy-driven action hour, but it never quite becomes more than the sum of its recognizable parts. It’s easy to see why the show was commissioned, but it’s harder to conceive of a scenario in which it will capture or sustain the attention of the public.”

Shooter Season 4 Release Date: When will it premiere?

‘Shooter’ Season 3 premiered on June 21, 2018, and ended on September 13, 2018. Unfortunately for the fans, on August 15, 2018, USA Network canceled the series and although there have been attempts to find a new home for the show, nothing concrete has materialized yet. In today’s age of streaming services, its best to never say never. If anything changes and show gets revived, we will let you know of ‘Shooter’ Season 4 release date.

You can check out the trailer for  ‘Shooter’ season 3 below. If you have not seen the series, then you could watch it, if you are in the mood for some action and drama.