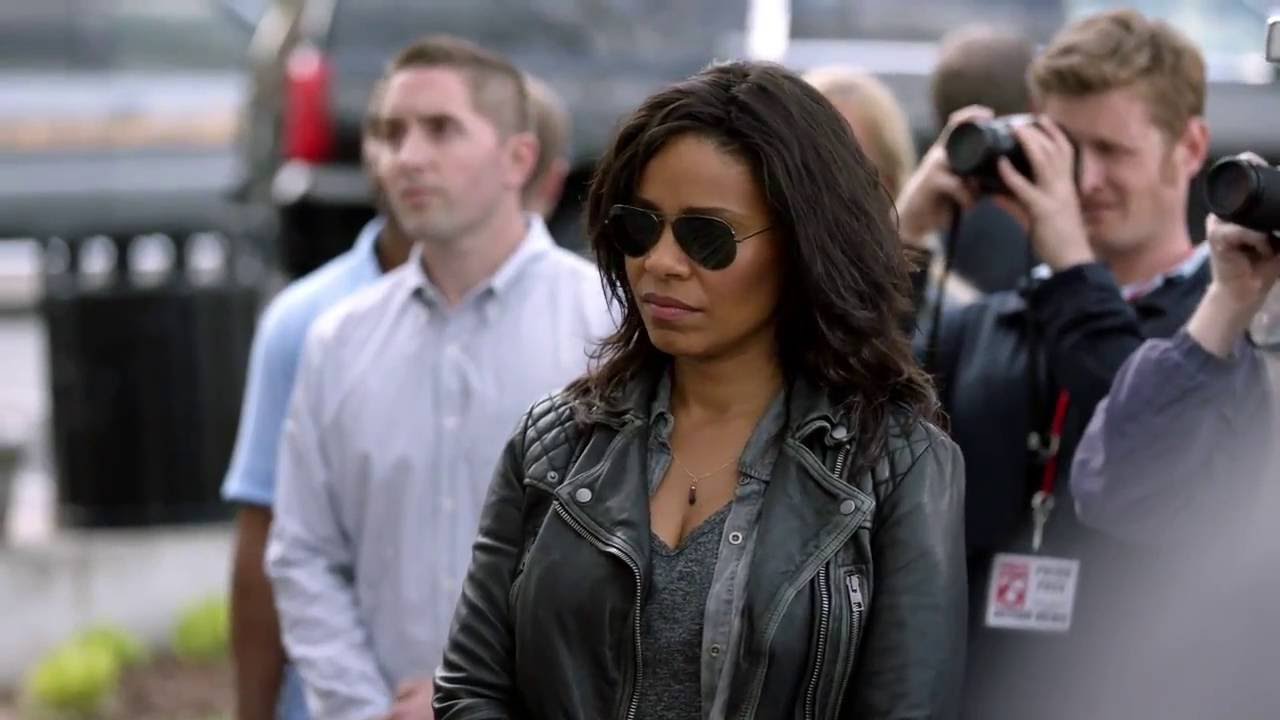 ‘Shots Fired’ is a miniseries created for Fox by Gina Prince-Bythewood and Reggie Rock Bythewood, who also serve as executive producers alongside Francie Calfo (‘Genius’, ‘Empire’, ‘The Bastard Executioner’) and Brian Grazer (‘Splash’, ‘Apollo 13’, ‘A Beautiful Mind’). The show presents a take on the police shootings and the death of young black people by the people who are supposed to uphold the law. Using this premise, the show aims to cast a light on multiple other issues involving racial tensions in the current world.

Shots Fired Cast: Who’s in It? 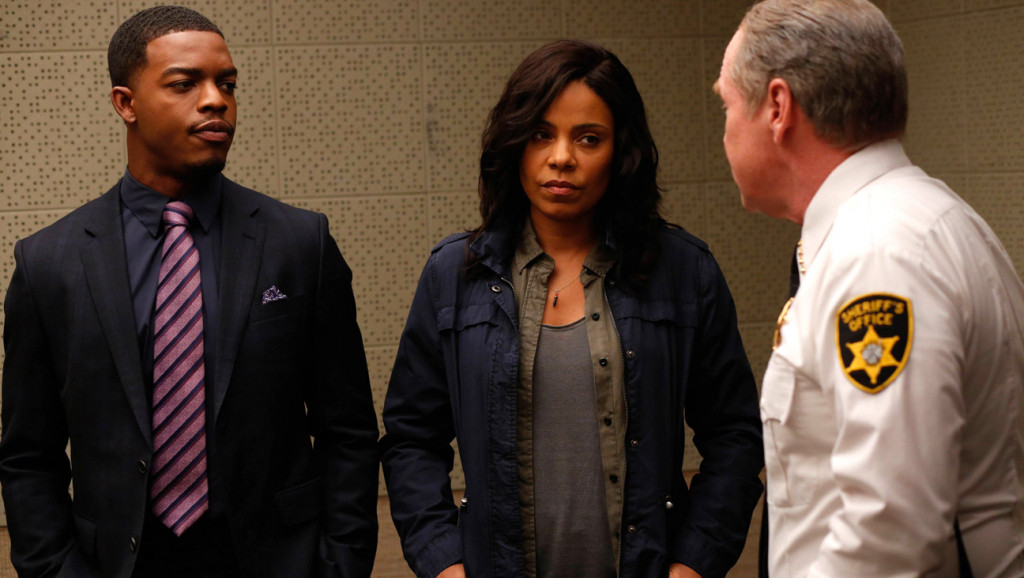 The cast of ‘Shots Fired’ is led by Sanaa Lathan. She plays the role of Ashe Akino, an investigator working for DOJ. Lathan has previously worked in ‘The Best Man’, ‘Love and Basketball’, ‘Alien vs Predator’, ‘Contagion’, ‘Now You See Me 2’, ‘Family Guy’ and ‘The Affair’.

Stephen James plays the role of DOJ lawyer, Preston Terry. James is known for his work in ‘If Beale Street Could Talk’, ‘Race’, ‘Homecoming’, ‘Selma’ and ‘The L.A Complex’.

Helen Hunt appears in the role of Patricia Eamons, North Carolina’s Governor. Hunt has won an Academy Award and multiple Golden Globes and Emmys. She is known for her roles in ‘Mad About You’, ‘As Good as It Gets’, ‘The Sessions’, ‘Cast Away’ and ‘What Women Want’. Connor Leslie appears in the role of Sarah Ellis, Eamons’ aide. Leslie is known for her work in ‘The Man in the High Castle’, ‘Parts Per Billion’, ‘Titans’, ‘The Blacklist’ and ‘Revenge’.

Richard Dreyfuss plays the role of Arlen Cox, a rich man involved in real estate. Dreyfuss is an Academy Award-winning actor who is known for his roles in ‘The Goodbye Girl’, ‘Mr Holland’s Opus’, ‘Stand by Me’, ‘Jaws’ and ‘Close Encounters of the Third Kind’, among many other credits. He is also the recipient of a Golden Globe and a BAFTA.

Stephen Moyer plays the role of Sheriff’s Lieutenant Breeland. Moyer is best known for his role in HBO’s ‘True Blood’. He has also worked in ‘The Gifted’, ‘The Bastard Executioner’, ‘The Starter Wife’, ‘Conjugal Rites’, ‘Devil’s Knot’, ‘Open House’ and ‘Prince Valiant’.

Will Patton plays the role of Sheriff Daniel Platt. He is known for his work in ‘Falling Skies’, ‘24’, ‘Search for Tomorrow’, ‘Halloween’, ‘American Honey’, ‘Remember the Titans’, ‘Gone in 60 Seconds’, ‘Armageddon’ and ‘The Punisher’.

Jill Hennessy plays the role of Alicia Carr, whose son is killed by Deputy Beck. She has worked in TV shows like ‘Crawford’, ‘Madam Secretary’, ‘The Good Wife’, ‘Crossing Jordan’ and ‘Law and Order’. Her film credits include ‘Sunshine Sketches of a Little Town’, ‘Love in the Time of Money’ ‘Jackie, Ethel, Joan: The Women of Camelot’ and ‘Nuremberg’.

DeWanda Wise plays the role of Shameeka Campbell, another woman who lost her son. Wise’s latest credits include Netflix’s ‘Someone Great’ and Jordan Peele’s ‘The Twilight Zone’. She has also worked in ‘She’s Gotta Have It’, ‘Underground’, ‘Knucklehead’ and ‘The Weekend’.

Tristan Wilds plays the role of Sheriff’s Deputy Joshua Beck. Wilds has worked in ‘The Breaks’, ‘90210’, ‘The Wire’, ‘Half Nelson’ and ‘The Secret Life of Bees’. Clare-Hope Ashitey plays the role of his wife, Kerry. Ashitey is known for her work in ‘Children of Men’, ‘Seven Seconds’, ‘Exodus’, ‘I.T’ and ‘Suspects’.

Aisha Hinds plays the role of Pastor Janae James. Hinds has previously appeared in films and TV shows like ‘True Blood’, ‘Under the Dome’, ‘Detroit 1-8-7’, ‘All the Way’, ‘Assault on Precinct 13’ and ‘Underground’. She is also set to appear in USA’s upcoming ‘Unsolved’.

Beau Knapp plays the role of Deputy Caleb Brooks. Knapp is known for his roles in ‘Seven Seconds’, ‘Destroyer’, ‘Death Wish’, ‘Sand Castle’, ‘The Finest Hours’, ‘The Gift’ and ‘Southpaw’.

Shots Fired Plot: What’s It About? 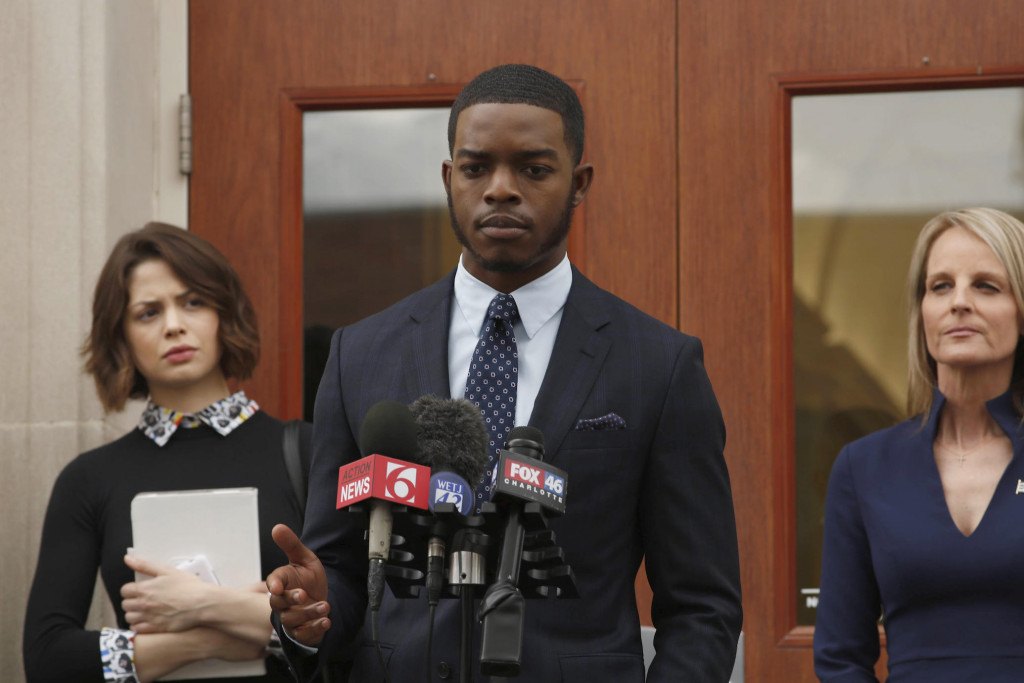 The plot of ‘Shots Fired’ uses a bias in the justice system to highlight the social issues plaguing our society. When a white man is killed by an African-American cop, an investigation is opened up to understand what actually happened and who’s to blame. Nothing wrong with that right? An innocent man’s death should receive this scrutiny. However, the further the investigators delve into the case, they realise that there is another similar case that hasn’t received the same attention. The only difference between the cases is the second one had an African-American teenager shot down by a white policeman.

Shots Fired Season 2 Release Date: When Will It Premiere?

‘Shots Fired’ season 1 premiered on March 22, 2017. The show received lukewarm reviews. The critics applauded it for its apt portrayal of the events structured around race relations. The acting, direction and commentary on social issues were particularly mentioned in its praise. However, despite the effect of its ethical enquiry and moral lessons, there were some technical aspects that opened up the show for criticism. The storytelling was brought under scrutiny and it was pointed out that the pace went on and off throughout its run. With a bit more sharpness to its writing, especially of its dialogues, ‘Shots Fired’ could have had a greater impact.

The ratings of the show weren’t encouraging either. Despite this, the showrunners hoped that they would have an opportunity to work on another season. Even though ‘Shots Fired’ is a limited series event, they believe that there are other issues that need to be brought to everyone’s attention. However, no formal announcements have been made by Fox regarding the future of the show. It is a miniseries and has very well had a wrap up of its story. But, with all the turmoil going on in the world, there is always a scope for another story, another season.

Our most optimistic guess is that if the show does get renewed, ‘Shots Fired’ season 2 can release sometime in 2020. We will update this section as soon as we hear more.

‘Shots Fired’ is an essential show at such times. It has its flaws, but the overall gist of the show is relevant and meaningful. And that’s the least that is needed from any story today. If you love this series, you can re-watch it on Fox. Have a look at the trailer before you leave.